I am thrilled to be hosting a spot on the OLIVER THE ORNAMENT by Todd M. Zimmermann Blog Tour hosted by Rockstar Book Tours.

Check out my post and make sure to enter the giveaway! 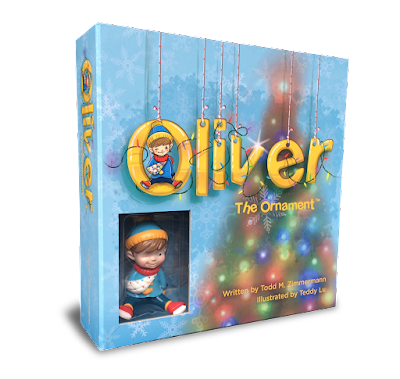 Find it:  Goodreads, Amazon, Kindle, The Oliver The Ornament Store

Oliver the Ornament is a heartwarming tale of one family's cherished Christmas ornaments. The story centers on Oliver, who has been with this family since Mom and Dad's very first date. Years later, Oliver, now injured and bullied, still has the magic of Christmas in his heart.  The story follows Oliver's excitement for Christmas, his heartbreak, and his determination to overcome all odds to save the day. Oliver, along with his friends, will warm your heart with his kindness, humility, and love for his family and friends. We hope the story will bring families together to tell the stories of their own ornaments and the special meaning that so many of them possess. Because after all.... Every Ornament Tells a Story. The 56 page 10 X 10 book is sold with an adorable hand-painted ornament of Oliver himself, packaged in a beautiful gift set.

What is the coolest thing you have done as an author?

In early 2018, my mom, who was a huge part of my business, called me to suggest I get our book in the hands of the First Lady. One of the components of the First Lady’s Be Best initiative is to fight bullying, so there’s a natural synergy with Oliver the Ornament. I took my mom’s advice, and wrote myself a note saying, “First Lady outreach.”

Several months later, my mom passed away very suddenly. It was a devastating loss on many fronts. Returning to work was a challenge, because she was such an integral part of my business. In August of 2018 I came across the note I had written myself with my mom’s suggestion to contact the First Lady. Seeing that, I immediately thought, “This was mom’s idea, I need to do this.” So, I wrote the First Lady’s Chief of Staff, saying I admired what they were doing to combat bullying.

Less than three month later, I was contacted by the First Lady’s office saying she would like to read Oliver the Ornament at Children’s National Hospital in Washington DC, in the annual First Lady holiday visit. This is a tradition that started with Bess Truman, and has continued every year, with every First Lady since. I was overwhelmed with a mix of emotions, saddened that my mom wasn’t here to see this incredible achievement, and humbled by this enormous honor.

In December, I traveled to Washington DC, met the First Lady and sat next to her as she read the story to an audience of children taking in her every word from my story. As she was reading the story, I had to pinch myself, thinking, “The First Lady of the United States of America is sitting right next to me and she’s reading my book.” It was an amazing experience, one that I know my mom and dad were watching right beside me, both beaming with pride.

In October 2019, shortly after releasing the second book in our series, Oliver the Ornament Meets Belle, I was once again contacted by the First Lady’s office. This time telling me that the First Lady had selected our second book to be read at the 2019 gathering at Children’s Hospital. Once again, I traveled to Washington D.C., and sat beside the First Lady as she read my second book. As she did, I thought to myself, “Only in America could a dream like this come true.”

We see that you were featured in People Magazine as one of their Best New Books and featured on Fox as one of the Hottest Toys of the Year. How did that happen, and what did that mean for your business?

Several years ago, I sent a copy of my first book to the individual in charge of People’s Best New Books feature, hoping it might receive consideration. I followed up with a phone call to the writer who confirmed she had received the book, but said she hadn’t had the chance to look at it. Knowing there was nothing more to do, I simply thanked her for her consideration.

Several weeks later, I was stunned when I heard from friend after friend telling me they had received their copy of People and there was Oliver the Ornament right on their Best New Books feature. Even though it was only days before Christmas, sales went off like a wildfire.

Then a year later, we were contacted by a segment producer from Fox regarding an upcoming feature of the Hottest Toys of the Year. Within weeks, Oliver the Ornament was featured on national television in this segment.

So much product placement that is seen on television today is what is called “Pay for Play,” meaning you have to pay to get your product featured. It’s incredibly humbling that both of these features were completely organic, and achieved on the merits of the book and not the amount of a check I would have had to write.

What is the best part of your job?

The best part of my job is interacting with customers who’ve read my books and tell me stories of their own family traditions and collections of ornaments.

Shortly after I released Oliver the Ornament, I started getting e-mails, texts, and other messages from people who read my book. I could feel the emotion in their messages, and knew that I had created a children’s book that not only resonated with the children, but also with adults.

Countless mom’s and grandma’s, dad’s and grandpa’s have come to me at shows or book signings telling me about their own collection of ornaments. They tell me of an ornament their children made for them, or ornaments they purchased on a special trip. With tears in their eye’s they’ve told me of the entire collection they have from their now deceased Nana. They thank me for writing the book, and tell me that they now use Oliver the Ornament to celebrate their own collection of ornaments, and hang Oliver right next to their own special ornaments.

To see first-hand the impact this story is having on families everywhere is something beyond humbling. Creating Oliver the Ornament has been a labor of love. One that was born out of the very special memories I have of my own family’s traditions. It’s wonderful to know that the traditions of our family are now becoming part of so many other families and it’s all because, as we say in every book, “Every Ornament Tells a story.” 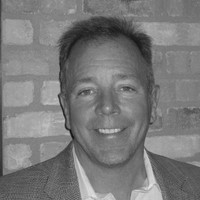 Todd is the creator at Oliver the Ornament. A heartwarming 7 book series of one family's collection of ornaments.