Amie Kaufman is the New York Times bestselling co-author of These Broken Stars and This Shattered World, and Illuminae, the first in a new series starting in 2015. She writes science fiction and fantasy for teens, and her favourite procrastination techniques involve chocolate, baking, sailing, excellent books and TV, plotting and executing overseas travel, and napping.

She lives in Melbourne, Australia with her husband, their rescue dog, and her considerable library. She is represented by Tracey Adams of Adams Literary.

Jay Kristoff is the award-winning author of THE LOTUS WAR trilogy, a Japanese-inspired steampunk fantasy. Part 3, ENDSINGER, is out now. He's also co-author of the upcoming ILLUMINAE (with Amie Kaufman), a YA Sci-Fi... thing, to be released by Knopf/Random House in 2015, and NEVERNIGHT, the first part of a new fantasy trilogy kicking off in 2016.

Jay is 6’7 and has approximately 13380 days to live. He abides in Melbourne with his secret agent kung-fu assassin wife, and the world’s laziest Jack Russell.

He does not believe in happy endings. Kady, Ezra, Hanna, and Nik narrowly escaped with their lives from the attacks on Heimdall station and now find themselves crammed with 2,000 refugees on the container ship, Mao. With the jump station destroyed and their resources scarce, the only option is to return to Kerenza—but who knows what they'll find seven months after the invasion?

Meanwhile, Kady's cousin, Asha, survived the initial BeiTech assault and has joined Kerenza's ragtag underground resistance. When Rhys—an old flame from Asha's past—reappears on Kerenza, the two find themselves on opposite sides of the conflict.

With time running out, a final battle will be waged on land and in space, heros will fall, and hearts will be broken. The sci-fi saga that began with the breakout bestseller Illuminae continues on board the Jump Station Heimdall, where two new characters will confront the next wave of the BeiTech assault.

Hanna is the station captain’s pampered daughter; Nik the reluctant member of a notorious crime family. But while the pair are struggling with the realities of life aboard the galaxy’s most boring space station, little do they know that Kady Grant and the Hypatia are headed right toward Heimdall, carrying news of the Kerenza invasion. It certainly filled the Battlestar Galactica-shaped hole in my heart.- --Victoria Aveyard, bestselling author of The Red Queen

Read the New York Times bestselling blockbuster that critics are calling -out-of-this-world awesome.- The first in an epic sci-fi series unlike anything else out there.

Kady thought breaking up with Ezra was the worst thing she'd ever been through. That was before her planet was invaded. Now, with enemy fire raining down on them, Kady and Ezra are forced to fight their way onto one of the evacuating craft, with an enemy warship in hot pursuit.

But the warship could be the least of their problems. A deadly plague has broken out and is mutating, with terrifying results; the fleet's AI, which should be protecting them, may actually be their biggest threat; and nobody in charge will say what's really going on. As Kady plunges into a web of data hacking to get to the truth, it's clear only one person can help her bring it all to light: Ezra.

Told through a fascinating dossier of hacked documents--including emails, schematics, military files, IMs, medical reports, interviews, and more--Illuminae is the first book in a heart-stopping, high-octane trilogy about lives interrupted, the price of truth, and the courage of everyday heroes.

Three winners will each receive a copy of Obsidio (Amie Kaufman & Jay Kristoff)! 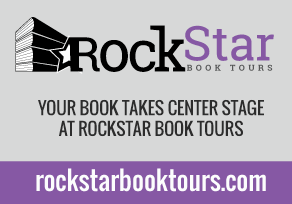 Spotlight on Perfect On Paper (Sophie Gonzales), Excerpt, Plus Giveaway! ~ (US/Can Only)

I fell in love with this series just a few chapters into Illuminae. Reading the third book is obviously a must! Thanks everyone for making this promotion possible...


BTW, can anyone enlighten me as to how/when winners of this draw are going to be notified. I am particularly curious to know if we will be told by YABC or Rock Star -- if the latter, what is the general timetable for that? Over the past few months, I have found the Rafflecopters never display winners, so one never knows if/when one has won a drawing and/or whether the chosen readers will be contacted and receive their prizes...Thanks for any clarification!

0
I fell in love with this series just a few chapters into [i]Illuminae[/i]. Reading the third book is obviously a must! Thanks everyone for making this promotion possible... BTW, can anyone enlighten me as to how/when winners of this draw are going to be notified. I am particularly curious to know if we will be told by YABC or Rock Star -- if the latter, what is the general timetable for that? Over the past few months, I have found the Rafflecopters never display winners, so one never knows if/when one has won a drawing and/or whether the chosen readers will be contacted and receive their prizes...Thanks for any clarification!
Cancel Update Comment

Illuminae Files sounds like an exciting series. Can't wait to read them all.

0
Illuminae Files sounds like an exciting series. Can't wait to read them all.
Cancel Update Comment
How to resolve AdBlock issue?
X