I am thrilled to be hosting a spot on the FENCE by Sarah Rees Brennan Blog Tour hosted by Rockstar Book Tours. Check out my post and make sure to enter the giveaway! 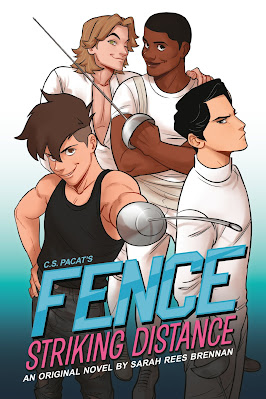 The boys of Kings Row bout with drama, rivalry, and romance in this original YA novel by The New York Times bestselling author Sarah Rees Brennan--inspired by the award-nominated comic series by C.S. Pacat and Johanna The Mad.

Sixteen-year-old Nicholas Cox is the illegitimate son of a retired fencing champion who dreams of getting the proper training he could never afford. After earning a place on the elite Kings Row fencing team, Nicholas must prove himself to his rival, Seiji Katayma, and navigate the clashes, friendships, and relationships between his teammates on the road to state championships--where Nicholas might finally have the chance to spar with his golden-boy half-brother.

Coach Williams decides to take advantage of the boys' morale after a recent victory and assigns them a course of team building exercises to further deepen their bonds. It takes a shoplifting scandal, a couple of moonlit forest strolls, several hilariously bad dates, and a whole lot of introspection for the team to realize they are stronger together than they could ever be apart.

I was inspired by the Fence graphic novels by C.S. Pacat, a tale of rivalry and relationships at an elite boarding school, which these books tie into!

Seiji Katayama! I love them all equally, but he was my favourite to write, so that’s close enough. I love being in the head of someone who won’t show they’re vulnerable, and perhaps doesn’t entirely understand they’re vulnerable.

The novel. C.S. Pacat and I came up with the title in a marathon titling session where I rolled around wretchedly on the sofa and was like ‘let’s just call it Fence Fake Dating.’

Probably the one with all the random superhero names. (You’ll have to read it to understand!)

Be careful what you put on the internet, she says carefully!

It was drawn by the fabulous artist of the graphic novels, Johanna the Mad, and she also did amazing interior art. She delineates the relationships between characters and brings the characters to life perfectly.

2020’s so close to over… an upcoming book that I am really looking forward to that isn’t out until 2022 is Vanessa Len’s ONLY A MONSTER, about a monster girl and the hero boy she must defeat…

In 2019? Leigh Bardugo’s King of Scars, mayhaps—everything Leigh writes is gold, and her monster king has me dazzled. In 2020 it was Naomi Novik’s A Deadly Education. I love smart takes on the magic school genre!

Fence, volume 2… and then who knows… horror… rom com… hor com… (Is that what you call horror comedy?)

Aiden in Fence Book 2. He’s having some… issues…

Drafting. Every minute of revision is a horror! My friends who enjoy revising are literary masochists.

Self-deprecation… hey, wait a second… I mean, I guess I’m not too bad at it.

LGBT Ireland is an amazing organization in my home country, dedicated to the support of at-risk LGBT people. One of my dear friends runs the training programme for LGBT Champions, who are trained to provide support to the elderly and vulnerable in the LGBT community. https://lgbt.ie/ 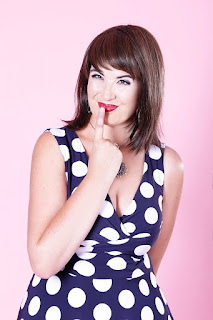 Sarah Rees Brennan is the author of the Demon’s Lexicon trilogy, and the Lynburn Legacy series which begins with Unspoken, a romantic Gothic mystery about a girl named Kami Glass, who discovers her imaginary friend is a real boy. Sarah’s latest fantasy standalone In Other Lands, the story of the crankiest nerd who ever fell into a magical land, is now available! She’s also the author of the tie-in series of books with Netflix’s Chilling Adventures of Sabrina: all three books out now, and coming later this year is a tie-in with C.S. Pacat’s FENCE graphic novel series…

For info about Johanna the Mad go HERE!

3 winners will receive a finished copy of FENCE, US Only.