Today we're excited to be part of the blog tour for A Reaper at the Gates by Sabaa Tahir! As part of the Ember Reread, we will be featurng posts for each books in the series, beginning with An Ember in the Ashes today! Read on for more about Sabaa and her book, plus a review from Kayla King along with some favorite quote graphics! 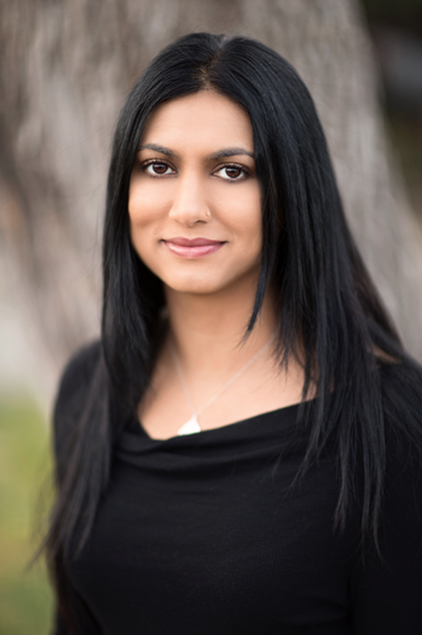 Sabaa Tahir is the #1 New York Times bestselling author of An Ember in the Ashes and its sequel, A Torch Against the Night. She grew up in California's Mojave Desert at her family's eighteen-room motel. There, she spent her time devouring fantasy novels, raiding her brother's comic book stash, and playing guitar badly. She began writing An Ember in the Ashes while working nights as a newspaper editor. She likes thunderous indie rock, garish socks, and all things nerd. Sabaa currently lives in the San Francisco Bay Area with her family.
Meet An Ember in the Ashes! 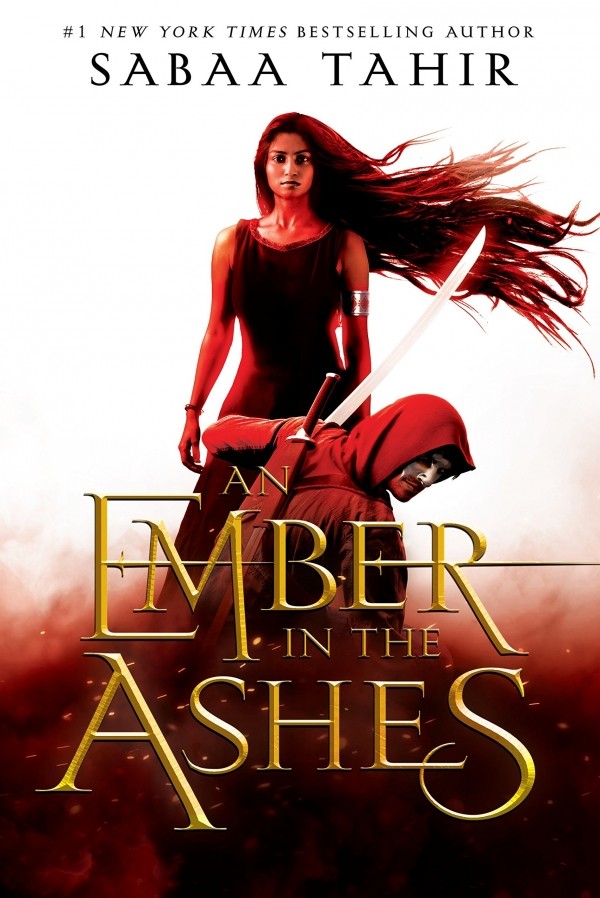 There, Laia meets Elias, the school’s finest soldier—and secretly, its most unwilling. Elias wants only to be free of the tyranny he’s being trained to enforce. He and Laia will soon realize that their destinies are intertwined—and that their choices will change the fate of the Empire itself.
Review of An Ember in the Ashes
contributed by Kayla King
Sabaa Tahir’s novel, An Ember in the Ashes, is all at once a fantastical, adventurous, thrill ride that at its core is a story of survival. This book beautifully layers dual points of view with Laia and Elias as our guiding points
through the many lands of the Empire: Serra and Blackcliff and beyond.
This world is built with tact and an intricate attention to detail necessary to bring a story of this caliber to life. From the start we find Laia and Elias in two separate worlds. But through chance and circumstance, they are brought together within the walls of Blackcliff. Home to the Empire’s military, the imposing and regimented structure trains the most skilled and dangerous students. Elias is one of these students. While there is the intensity of fights and raids and death that permeate every inch of this novel, it is the intimacy of these characters’ lives that is most remarkable. Despite the structured lifestyle he’s had for most of his life, Elias is not just brawn and brute. He is a collection of vulnerabilities and flaws and wants that propel his story forward. In much the same way, Laia is more than her past and the circumstances that land her behind the guarded walls of Blackcliff. She is imperfect, fearful, and filled with sorrow for her choices and their consequences. She is haunted. But it is through love that she finds a fierce need to survive and protect those closest to her at all costs. And this is the most empowering and endearing thing that results from both characters. This takes them from words on the page and transforms them into real people who readers will WANT to accompany through every step of the story. Along with Laia and Elias, there is a Resistance plotting against the Empire, slaves, tribes, friends, family, students, and a ruthless Commandant hell bent on ensuring power remains with her. These characters weave a rich tapestry filled with complex relationships that complicate an already complicated world. And while family, freedom, and power dominate the landscape and the lives of the characters, it is love that blooms on almost every page. The love between brother and sister, between best friends, and even that which burgeons between two strangers as they get to know one another. Yet, the romance never overwhelms this story of survival. Within this political structure reminiscent of ancient Roman times, there is also an interesting play between gender roles. At Blackcliff, there is only one female student allowed per generation and this falls to Helene Aquilla, Elias’s best friend. Helene is the essence of power and strength. She is a strong female character that can beat even the most worthy of adversaries. But it is the way she loves that gives her true strength, and the same goes for Laia, and Elias. Instead of being dominated by the darkness and destruction that fills their world, they are all inspired to look toward the light. Now this isn’t to say that this story is perfect and that there is hope on every page. Without defeat and guilt and sorrow and all of the other things that define life, hope would never seem as beautiful as it does in the world of An Ember in the Ashes. But what this book can teach us, is the power of possibility, of believing in love, and family to set us free. Because in the end, that is what Laia and Elias are striving for. Sabaa Tahir is a powerful voice in the world of YA. Her writing is wrought with emotion, beauty, and lavishness! Sabaa Tahir's writing imbues readers with strength and  a flicker of hope, an ember, if you will, amongst the darkest of ashes. 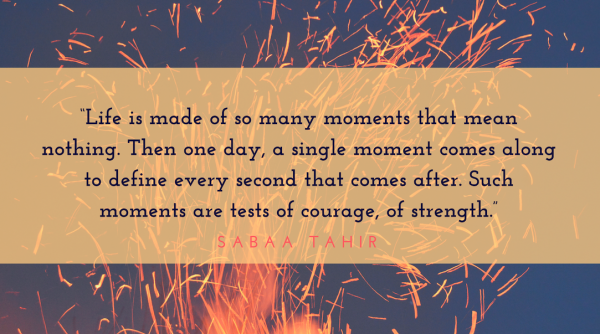 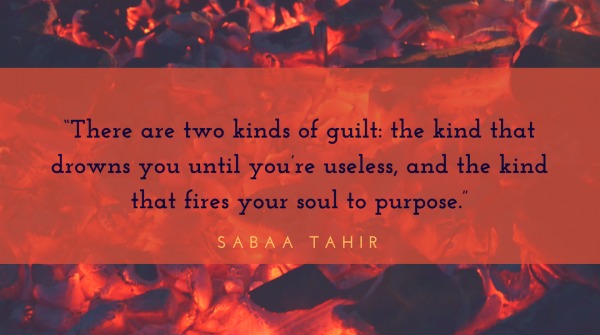 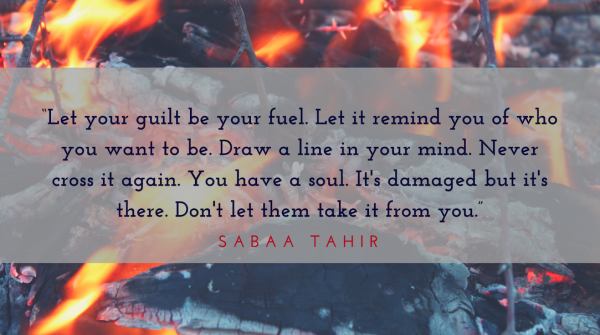 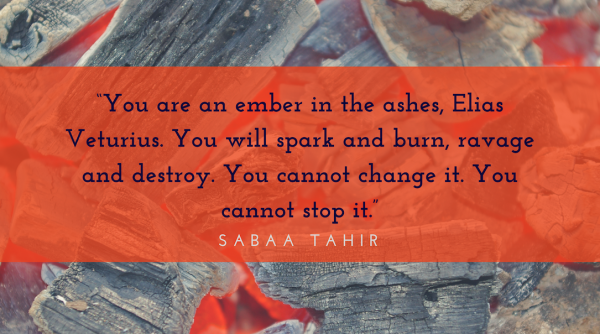 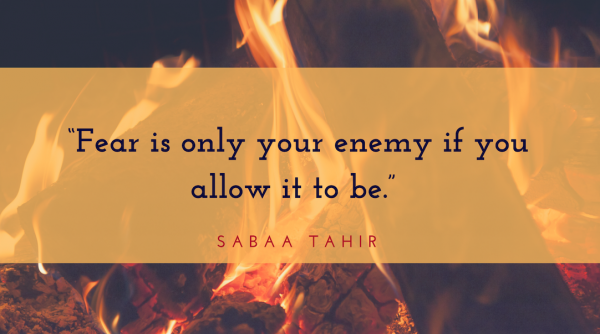 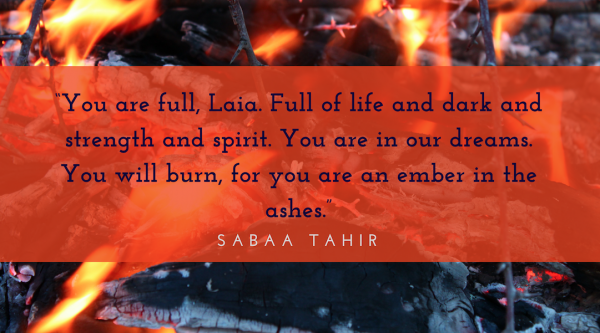 Tags:
A Reaper at the Gates Blog Tour Ember Reread An Ember in the Ashes Sabaa Tahir
Featured Review: Junction 2020 Book 1: The Portal ...
Spotlight on Bring Me Their Hearts by Sara Wolf, P...

A Reaper at the Gates Blog Tour: Ember Reread: A Torch Against the Night

Author Chat with Amanda Joy (A River Of Royal Blood)!