Penguin Young Readers Celebrates Llama Llama Day On May 1st With Safe Activites For Every Reader!

May 01 Posted by Beth Edwards, Blog Manager in News & Updates Penguin Young Readers, The Little Gym, and Sittercity offer private and virtual events and activities for families and educators!

May 1, 2021 marks Penguin Young Readers’ annual celebration of Anna Dewdney’s #1 New York Times bestselling Llama Llama Series. To celebrate Llama Llama Day, Penguin Young Readers is thrilled to announce a series of all-new partnerships, activities, and challenges to equip parents and educators with all they need to celebrate safely this year, including private playdates with The Little Gym and custom activity packs, sweepstakes, and more from Sittercity!

The Llama Llama series also expands with three new books this spring, including a new board book, die-cut shaped book, and tabbed board book! 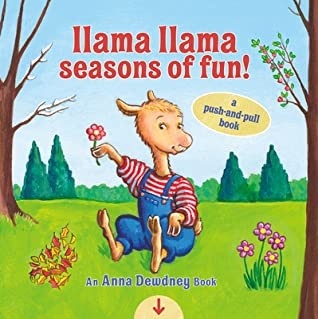 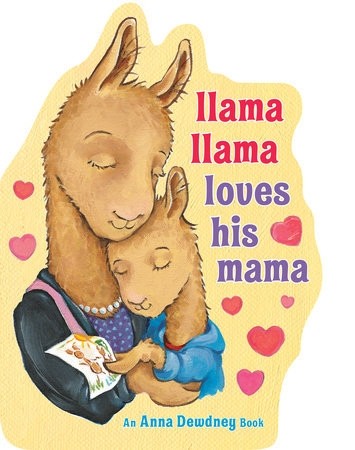 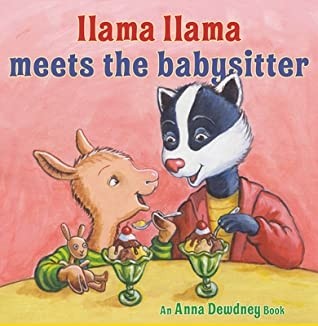 The Little Gym to host private Llama Llama playdates at 175 locations nationwide: BThe Little Gym, the world's premier children's enrichment and physical development center for children ages 4 months through 12 years, will be hosting private Llama Llama Play Dates throughout the U.S. and at select Canadian The Little Gym locations beginning May 1st. Each Play Date will provide children and their friends and family members with exclusive access to the gym as Instructors lead the group through an interactive and imaginative Llama Llama themed adventure. The one-of-a-kind Play Date experiences will allow children to burn energy and have fun through movement games, music, learning, and laughter. The fun will kick-off on May 1st with a special Read & Play livestream Facebook event led by The Little Gym team. For more information on The Little Gym, or to find a nearby location, please visit http://www.TheLittleGym.com [thelittlegym.com].

Anna Dewdney’s Llama books have become a cultural touchstone, branching out to all types of media including a Netflix animated series ‘Llama Llama’ starring Golden Globe Award-winner actress Jennifer Garner. Llama Llama Red Pajama has been adapted by Dolly Parton for a musical performed at Dollywood and was also chosen as Jumpstart’s Read for the Record book in 2011, setting the world benchmark for the most readings of a single book in one day.

Anna Dewdney passed away in September 2016, at the age of fifty, from cancer. A teacher, mother, and enthusiastic proponent of reading aloud to children, she continually honed her skills as an artist and writer and published her first Llama Llama book in 2005. Her passion for creating extended to home and garden, and she lovingly restored an eighteenth century farmhouse in southern Vermont. She wrote, painted, gardened, and lived there with her partner, Reed, her two daughters, two wirehaired pointing griffons, and one bulldog. Anna was a warm-hearted, wonderful, wise soul who will be forever missed, but whose spirit lives on in her books.

About The Little Gym

The Little Gym is an internationally recognized program that helps children build the developmental skills and confidence needed at each stage of childhood. The very first location was established in 1976 by Robin Wes, an innovative educator with a genuine love for children. The Little Gym International, Inc., headquartered in Scottsdale, Ariz., was formed in 1992 to franchise The Little Gym concept. Today, The Little Gym International has nearly 400 locations in over 30 countries including the U.S., Canada, China, the United Kingdom, Thailand and more. For more information, visit The Little Gym at www.TheLittleGym.com [thelittlegym.com].

Sittercity is a technology company on a mission to make child care finally work. As America’s first online source for in-home care, Sittercity connects millions of parents with babysitters and nannies every year. A wholly-owned subsidiary of Bright Horizons, Sittercity is radically simplifying the way families search for, screen, and hire trusted care—whether in person or virtually. Headquartered in Chicago, Sittercity offers families nationwide access to a child care support team that can be ready for anything. For more information, go to www.sittercity.com [sittercity.com].

Penguin Random House, the world’s largest trade book publisher, is dedicated to its mission of nourishing a  universal  passion  for  reading  by  connecting  authors  and  their  writing  with  readers  everywhere.  The company, which employs more than 10,000 people globally, was formed on July 1, 2013, by Bertelsmann and Pearson. As of April 1, 2020, Bertelsmann is full owner of the company. With more than 300 imprints and  brands  on  six  continents,  Penguin  Random  House  comprises adult and children’s fiction and nonfiction print  and digital  English-German-and Spanish-language  trade  book  publishing  businesses  in more than 20 countries worldwide. With over 15,000 new titles, and more than 600 million print, audio and eBooks sold annually, Penguin Random House’s publishing lists include more than 80 Nobel Prize laureates and hundreds of the world’s most widely read authors.