May 04 Posted by Beth Edwards, Blog Manager in News & Updates
Social media has taken the world by storm and has held it captive in its proverbial claws. Whether you prefer Facebook over Twitter, or Instagram over the both of them—most of us start our day with social media. Below are 5 “social-media” YA titles worth tweeting or posting about.
1.One of Us Lying 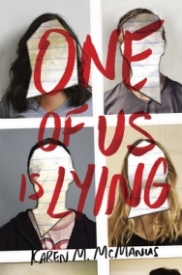 One of Us Is Lying is the story of what happens when five strangers walk into detention and only four walk out alive. Everyone is a suspect, and everyone has something to hide. Pay close attention and you might solve this. On Monday afternoon, five students at Bayview High walk into detention. Bronwyn, the brain, is Yale-bound and never breaks a rule. Addy, the beauty, is the picture-perfect homecoming princess. Nate, the criminal, is already on probation for dealing. Cooper, the athlete, is the all-star baseball pitcher. And Simon, the outcast, is the creator of Bayview High’s notorious gossip app. Only, Simon never makes it out of that classroom. Before the end of detention Simon's dead. And according to investigators, his death wasn’t an accident. On Monday, he died. But on Tuesday, he’d planned to post juicy reveals about all four of his high-profile classmates, which makes all four of them suspects in his murder. Or are they the perfect patsies for a killer who’s still on the loose? Everyone has secrets, right? What really matters is how far you would go to protect them.
2. Tweet Cute 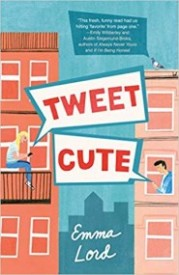 Meet Pepper, swim team captain, chronic overachiever, and all-around perfectionist. Her family may be falling apart, but their massive fast-food chain is booming ― mainly thanks to Pepper, who is barely managing to juggle real life while secretly running Big League Burger’s massive Twitter account. Enter Jack, class clown and constant thorn in Pepper’s side. When he isn’t trying to duck out of his obscenely popular twin’s shadow, he’s busy working in his family’s deli. His relationship with the business that holds his future might be love/hate, but when Big League Burger steals his grandma’s iconic grilled cheese recipe, he’ll do whatever it takes to take them down, one tweet at a time. All’s fair in love and cheese ― that is, until Pepper and Jack’s spat turns into a viral Twitter war. Little do they know, while they’re publicly duking it out with snarky memes and retweet battles, they’re also falling for each other in real life ― on an anonymous chat app Jack built. As their relationship deepens and their online shenanigans escalate ― people on the internet are shipping them?? ― their battle gets more and more personal, until even these two rivals can’t ignore they were destined for the most unexpected, awkward, all-the-feels romance that neither of them expected.
3. 16 Things I Thought Were True 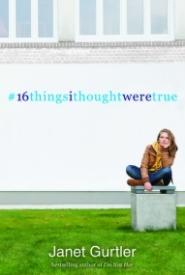 When Morgan's mom gets sick, it's hard not to panic. Without her mother, she would have no one—until she finds out the dad who walked out on her as a baby isn't as far away as she thought...

Now that they have a summer job together, Morgan's getting to know the real Adam, and he's actually pretty sweet...in a nerdy-hot kind of way. He even offers to go with her to find her dad.

Road trip, anyone? 5000 Twitter followers are all the friends I need #thingsIthoughtweretrue

With Adam in the back seat, a hyper chatterbox named Amy behind the wheel, and plenty of Cheetos to fuel their trip, Morgan feels ready for anything. She's not expecting a flat tire, a missed ferry, a fake girlfriend...and that these two people she barely knew before the summer started will become the people she can't imagine living without. 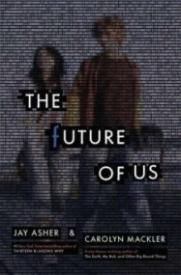 It's 1996, and less than half of all American high school students have ever used the Internet. Emma just got her first computer and an America Online CD-ROM. Josh is her best friend. They power up and log on and discover themselves on Facebook, fifteen years in the future. Everybody wonders what their destiny will be. Josh and Emma are about to find out.
5. Follow Me Back 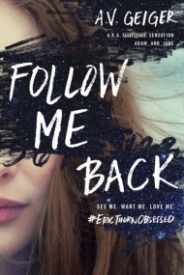 Tessa Hart’s world feels very small. Confined to her bedroom with agoraphobia, her one escape is the online fandom for pop sensation Eric Thorn. When he tweets to his fans, it’s like his speaking directly to her…

Eric Thorn is frightened by his obsessive fans. They take their devotion way too far. It doesn’t help that his PR team keeps posting to encourage their fantasies.

When a fellow pop star is murdered at the hands of a fan, Eric knows he has to do something to shatter his online image fast—like take down one of his top Twitter followers. But Eric’s plan to troll @TessaHeartsEric unexpectedly evolves into an online relationship deeper than either could have imagined. And when the two arrange to meet IRL, what should have made for the world’s best episode of Catfish takes a deadly turn…