7 Discounted Young Adult Novels to Read During the Quarantine

Apr 20 Posted by Beth Edwards, Blog Manager in News & Updates
Check out our list of freebies and discounted young adult titles. (All are free or discounted at the time of posting.) If they are no longer available, the library is a great and reliably free resource!
1. Not a Drop to Drink by Mindy Mcginnis ($1.99 on Kindle) 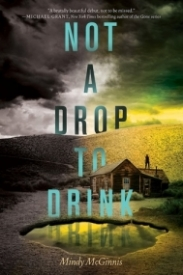 Regret was for people with nothing to defend, people who had no water.

Lynn knows every threat to her pond: drought, a snowless winter, coyotes, and, most importantly, people looking for a drink. She makes sure anyone who comes near the pond leaves thirsty, or doesn't leave at all.

Confident in her own abilities, Lynn has no use for the world beyond the nearby fields and forest. Having a life means dedicating it to survival, and the constant work of gathering wood and water. Having a pond requires the fortitude to protect it, something Mother taught her well during their quiet hours on the rooftop, rifles in hand.

But wisps of smoke on the horizon mean one thing: strangers. The mysterious footprints by the pond, nighttime threats, and gunshots make it all too clear Lynn has exactly what they want, and they won’t stop until they get it….

With evocative, spare language and incredible drama, danger, and romance, debut author Mindy McGinnis depicts one girl’s journey in a barren world not so different than our own.
2.Loveboat, Taipei by Abigail Hing Wen ($3.99 on Kindle) 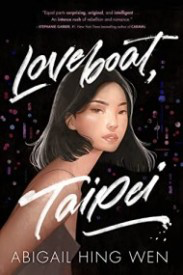 When eighteen-year-old Ever Wong’s parents send her from Ohio to Taiwan to study Mandarin for the summer, she finds herself thrust among the very over-achieving kids her parents have always wanted her to be, including Rick Woo, the Yale-bound prodigy profiled in the Chinese newspapers since they were nine—and her parents’ yardstick for her never-measuring-up life.
Unbeknownst to her parents, however, the program is actually an infamous teen meet-market nicknamed Loveboat, where the kids are more into clubbing than calligraphy and drinking snake-blood sake than touring sacred shrines.

Free for the first time, Ever sets out to break all her parents’ uber-strict rules—but how far can she go before she breaks her own heart?
3. The Thousandth Floor by Katherine McGee ($1.99 on Kindle) 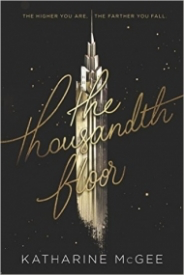 New York City as you’ve never seen it before. A thousand-story tower stretching into the sky. A glittering vision of the future, where anything is possible—if you want it enough. Welcome to Manhattan, 2118. A hundred years in the future, New York is a city of innovation and dreams. But people never change: everyone here wants something…and everyone has something to lose. Leda Cole’s flawless exterior belies a secret addiction—to a drug she never should have tried and a boy she never should have touched. Eris Dodd-Radson’s beautiful, carefree life falls to pieces when a heartbreaking betrayal tears her family apart. Rylin Myers’s job on one of the highest floors sweeps her into a world—and a romance—she never imagined…but will her new life cost Rylin her old one? Watt Bakradi is a tech genius with a secret: he knows everything about everyone. But when he’s hired to spy by an upper-floor girl, he finds himself caught up in a complicated web of lies. And living above everyone else on the thousandth floor is Avery Fuller, the girl genetically designed to be perfect. The girl who seems to have it all—yet is tormented by the one thing she can never have. Debut author Katharine McGee has created a breathtakingly original series filled with high-tech luxury and futuristic glamour, where the impossible feels just within reach. But in this world, the higher you go, the farther there is to fall….
4. Dumplin’ by Julie Murphy ($0.99 on Kindle) 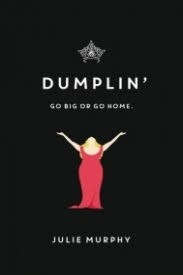 For fans of John Green and Rainbow Rowell comes this powerful novel with the most fearless heroine—self-proclaimed fat girl Willowdean Dickson—from Julie Murphy, the acclaimed author of Side Effects May Vary. With starry Texas nights, red candy suckers, Dolly Parton songs, and a wildly unforgettable heroine—Dumplin’ is guaranteed to steal your heart. Dubbed “Dumplin’” by her former beauty queen mom, Willowdean has always been at home in her own skin. Her thoughts on having the ultimate bikini body? Put a bikini on your body. With her all-American-beauty best friend, Ellen, by her side, things have always worked . . . until Will takes a job at Harpy’s, the local fast-food joint. There she meets Private School Bo, a hot former jock. Will isn’t surprised to find herself attracted to Bo. But she is surprised when he seems to like her back. Instead of finding new heights of self-assurance in her relationship with Bo, Will starts to doubt herself. So she sets out to take back her confidence by doing the most horrifying thing she can imagine: entering the Miss Teen Blue Bonnet Pageant—along with several other unlikely candidates—to show the world that she deserves to be up there as much as any twiggy girl does. Along the way, she’ll shock the hell out of Clover City—and maybe herself most of all.
5.Serpent & Dove by Shelby Mahurin (3.99 on Kindle) 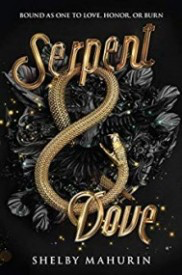 Bound as one, to love, honor, or burn. Book one of a stunning fantasy duology, this tale of witchcraft and forbidden love is perfect for fans of Kendare Blake and Sara Holland.

Two years ago, Louise le Blanc fled her coven and took shelter in the city of Cesarine, forsaking all magic and living off whatever she could steal. There, witches like Lou are hunted. They are feared. And they are burned.

As a huntsman of the Church, Reid Diggory has lived his life by one principle: Thou shalt not suffer a witch to live. But when Lou pulls a wicked stunt, the two are forced into an impossible situation—marriage.

Lou, unable to ignore her growing feelings, yet powerless to change what she is, must make a choice. And love makes fools of us all.

Set in a world of powerful women, dark magic, and off-the-charts romance, book one of this stunning fantasy duology will leave readers burning for more. 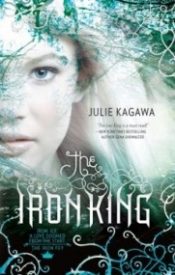 Meghan Chase has a secret destiny; one she could never have imagined.

Something has always felt slightly off in Meghan's life, ever since her father disappeared before her eyes when she was six. She has never quite fit in at school or at home.

When a dark stranger begins watching her from afar, and her prankster best friend becomes strangely protective of her, Meghan senses that everything she's known is about to change.

But she could never have guessed the truth - that she is the daughter of a mythical faery king and is a pawn in a deadly war. Now Meghan will learn just how far she'll go to save someone she cares about, to stop a mysterious evil no faery creature dare face; and to find love with a young prince who might rather see her dead than let her touch his icy heart.
7. Truly, Madly, Royally by Debbie Rigaud ($1.99 on Kindle) 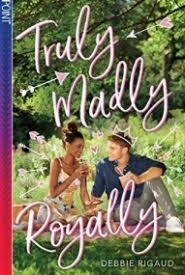 Zora Emerson is not here to play. She's enrolled in a prestigious summer program, and is ready to use what she's learning to change the world (or at least her corner of New Jersey, for now). Zora's not expecting to vibe with any of her super-privileged classmates. So she's shocked to find she's got chemistry with Owen Whittelsey, who is charming, funny, undeniably cute...and turns out to literally be a prince. As in, his parents are the king and queen of a small European country. What? Suddenly, Zora's summer is looking a lot more complicated -- especially when Owen asks her to be his date at his older brother's wedding. Can her feelings for Owen, not to mention her sense of self, survive the royal chaos? Debbie Rigaud brings sparkling humor and insight to this empowering romantic comedy that's all about ruling your own destiny.
Tags Newsletter
PRINT