Movie Trailer Reveal for Birds Of Paradise + Giveaway! ~ (US Only) YABC is excited to share the movie trailer reveal for

Keep reading to learn more about the Birds of Paradise movie

that is based on the phenomenal best-selling book,

In 2019, renowned writer and former professional dancer A.K. Small captivated the YA world with her debut novel, BRIGHT BURNING STARS [workman.com], which Entertainment Weekly called “YA catnip.” Praised as an “otherworldly…cerebral debut” by Booklist and “addictive, angst-y, and heartfelt,” by Kirkus Reviews, Small weaves an authentic, page-turning story of female friendship in which two dancers fight for center stage and a spot in the Opera’s prestigious corps de ballet. It is no surprise that this dazzling debut stole the spotlight and captured the attention of Amazon Studios.

And now, Algonquin is proud to share the news that BRIGHT BURNING STARS will be released on September 24th as a major motion picture starring Kristine Froseth (Looking for Alaska and Sierra Burgess Is a Loser), Diana Silvers (Ava), and Jacqueline Bisset (Murder on the Orient Express).

Check out this stunning preview that has already garnered over 2 million views (and counting!) on YouTube

and another 285,000 views on starring actress Kristine Froseth’s Instagram,

where she has been drumming up excitement among her 1.1 million Instagram followers.

Fans of the hit Netflix series Tiny Pretty Things or favorites like Black Swan and Bunheads are sure to love this! 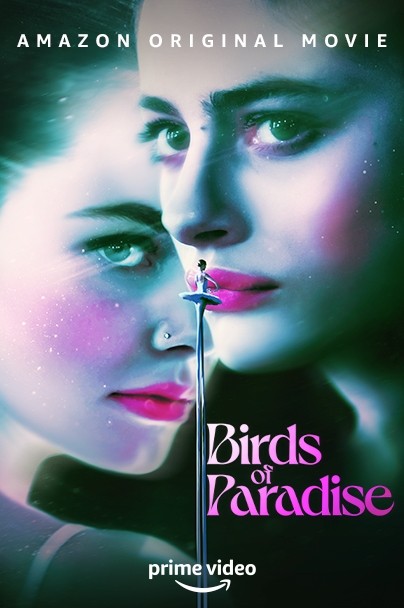 Kate is an aspiring ballerina who is given a scholarship to attend a prestigious ballet school in Paris. Upon arrival her confidence is tested by a fellow dancer, Marine who recently lost her brother. While confrontational at first, their relationship evolves into an emotionally charged, competitive union beset by lies and sexual awakening as they risk it all to join the Opéra national de Paris.

Click HERE to watch Birds of Paradise on Amazon Prime (with subscription)! 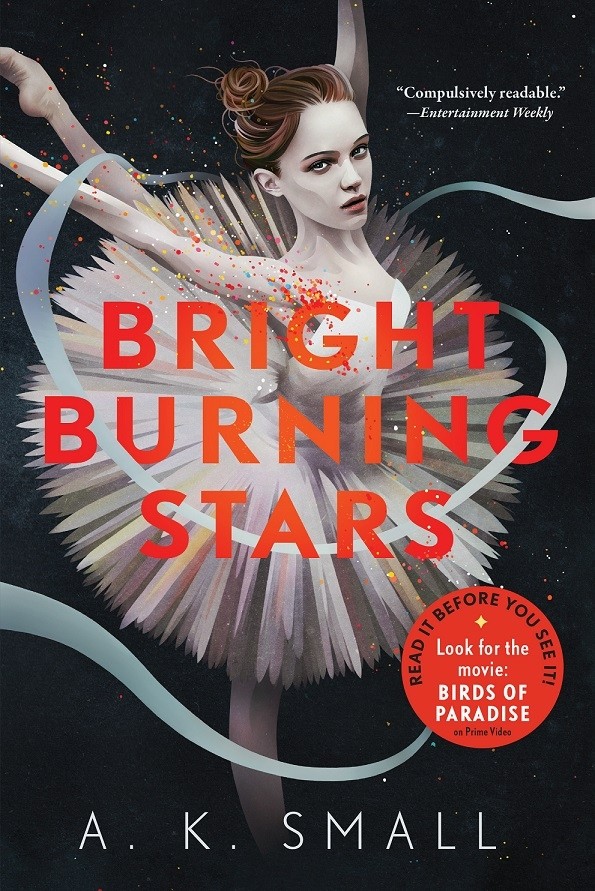 “A compulsively readable story. I was breathless and battling tears up until the very last stunning turns onstage and beyond. A dazzling, heart-wrenching debut.” —Nova Ren Suma, #1 New York Times bestselling author of The Walls Around Us

Would you die for the Prize?

Best friends Marine Duval and Kate Sanders have trained since childhood at the Paris Opera Ballet School, where they’ve forged an inseparable bond through shared stories of family tragedies and a powerful love for dance. When the body of a student is found in the dorms just before the start of their final year, Marine and Kate begin to ask themselves how far they would go for the ultimate prize: to be named the one girl who will join the Opera’s prestigious corps de ballet. Would they cheat? Seduce the most talented boy in the school, dubbed the Demigod, hoping his magic will make them shine, too? Would they risk death for it? Neither girl is sure.

But then Kate gets closer to the Demigod, even as Marine has begun to capture his heart. And as selection day draws near, the competition—for the Prize, for the Demigod—becomes fiercer, and Marine and Kate realize they have everything to lose, including each other.

Bright Burning Stars is a stunning, propulsive story about girls at their physical and emotional extremes, the gutting power of first love, and what it means to fight for your dreams.

A. K. Small was born in Paris, France. At five years old, she began studying classical dance with the legendary Max Bozzoni, then later with Daniel Franck and Monique Arabian at the famous Académie Chaptal. At thirteen, she moved to the United States, where she danced with the Pacific Northwest Ballet for one summer and with the Richmond Ballet Student Company for several years. She’s a graduate of the College of William and Mary and has an MFA in fiction from Vermont College of Fine Arts. When she’s not writing, she spends time with her husband, her puppy, and her three daughters, and practices yoga. Bright Burning Stars is her first novel.

“A.K. Small’s debut novel, Bright Burning Stars, is basically YA catnip…Small’s attention to detail — the minutiae of Marine and Kate’s lives in the academy — is beautifully written, and both the propulsion of the drama between Marine and Kate and their own demons make this book compulsively readable. Small only leaves you wanting more from her ballet focused world.”

“Cutthroat ballerinas duking it out really never gets old.” 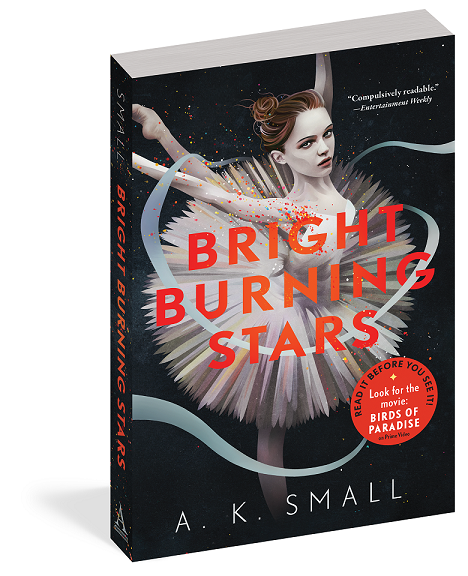 Three winners will receive a copy of Bright Burning Stars (A.K. Small) ~ (US Only)