It's officially NaNoWriMo: National Novel Writing Month! If you're a writer, or if you just love books and writers, like we do—check out this short list of YA novels featuring teen writers! 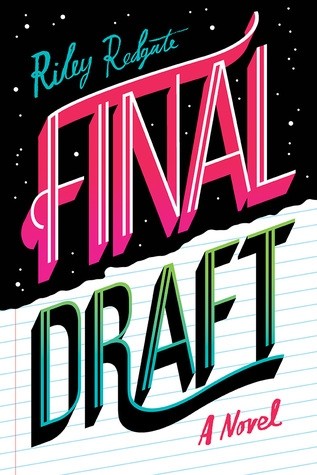 Laila Piedra doesn’t drink, doesn’t smoke, and definitely doesn’t sneak into the 21-and-over clubs on the Lower East Side. The only sort of risk Laila enjoys is the peril she writes for the characters in her stories. But just before her graduation, Laila’s creative writing teacher and number one fan is replaced by Nadiya Nazarenko, a Pulitzer Prize–winning novelist who sees nothing at all special about Laila’s writing. A growing obsession with gaining Nazarenko’s approval leads to a series of unexpected adventures. With her sanity and happiness on the line, Laila must figure out if enduring the unendurable really is the only way to greatness.
2.Eliza and Her Monsters by Francesca Zappia 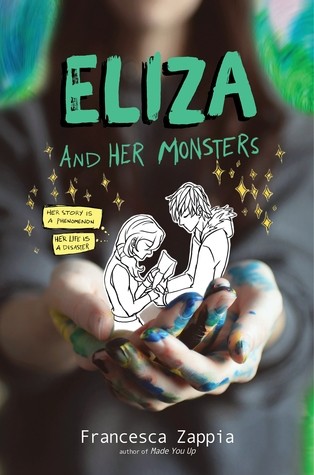 Her story is a phenomenon. Her life is a disaster. In the real world, Eliza Mirk is shy, weird, and friendless. Online, she’s LadyConstellation, the anonymous creator of the wildly popular webcomic Monstrous Sea. Eliza can’t imagine enjoying the real world as much as she loves the online one, and she has no desire to try. Then Wallace Warland, Monstrous Sea’s biggest fanfiction writer, transfers to her school. Wallace thinks Eliza is just another fan, and as he draws her out of her shell, she begins to wonder if a life offline might be worthwhile. But when Eliza’s secret is accidentally shared with the world, everything she’s built—her story, her relationship with Wallace, and even her sanity—begins to fall apart.
3.Afterworlds by Scott Westerfeld 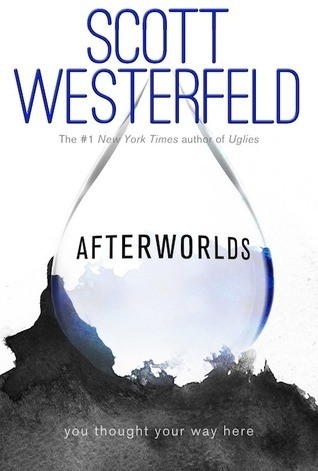 From the #1 New York Times bestselling author Scott Westerfeld comes a “masterful” (Cory Doctorow) novel-within-a-novel that you won’t be able to put down.

Darcy Patel has put college on hold to publish her teen novel, Afterworlds. With a contract in hand, she arrives in New York City with no apartment, no friends, and all the wrong clothes. But lucky for Darcy, she’s taken under the wings of other seasoned and fledgling writers who help her navigate the city and the world of writing and publishing. Over the course of a year, Darcy finishes her book, faces critique, and falls in love.

Woven into Darcy’s personal story is her novel, Afterworlds, a suspenseful thriller about a teen who slips into the “Afterworld” to survive a terrorist attack. The Afterworld is a place between the living and the dead, and where many unsolved—and terrifying—stories need to be reconciled. Like Darcy, Lizzie too falls in love…until a new threat resurfaces, and her special gifts may not be enough to protect those she cares about most.
4. Poet X by Elizabeth Acevedo 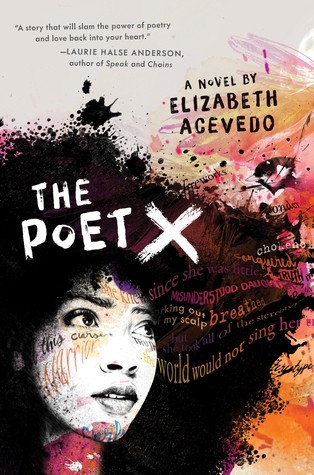 Fans of Jacqueline Woodson, Meg Medina, and Jason Reynolds will fall hard for this astonishing New York Times-bestselling novel-in-verse by an award-winning slam poet, about an Afro-Latina heroine who tells her story with blazing words and powerful truth. Xiomara Batista feels unheard and unable to hide in her Harlem neighborhood. Ever since her body grew into curves, she has learned to let her fists and her fierceness do the talking. But Xiomara has plenty she wants to say, and she pours all her frustration and passion onto the pages of a leather notebook, reciting the words to herself like prayers—especially after she catches feelings for a boy in her bio class named Aman, who her family can never know about. With Mami’s determination to force her daughter to obey the laws of the church, Xiomara understands that her thoughts are best kept to herself. So when she is invited to join her school’s slam poetry club, she doesn’t know how she could ever attend without her mami finding out. But she still can’t stop thinking about performing her poems. Because in the face of a world that may not want to hear her, Xiomara refuses to be silent.
Tweet

6 YA Novels With Transgender Representation!