We're so excited to celebrate the cover reveal for

Hey YABC, welcome to the cover reveal of WALLS! The art designers at Algonquin Young Readers created such a stunning visual! Wait 'til you see it.  Choosing a book title and creating a cover that are both attention-catching and evocative of the story to come is actually quite hard. Both need to be succinct yet a genuine, encompassing harbinger of the novel's tone, character arc, and action. I was lucky with this title. It came to me instantly, referencing the cruelty of the Berlin Wall itself and the preconceptions and Cold War suspicions that divide my two teen protagonists--an American "Army Brat" in the West and his cousin raised in communism and KGB propaganda in the East. I was even more lucky to be gifted the extraordinary talents of Algonquin editors and designers, who came up with the cover concept. The bold graphic of barbed wire spooling down its face chillingly speaks to the 300 tons of wire the East Germans unrolled overnight in 1961 to permanently trap and imprison its citizens. The boy's silhouette humanizes that wall and symbolizes all the questions raised in the novel: Can the cousins come to trust one another amid the city's espionage and terrifying military standoff? Will the East Berlin teenager escape in time?  WALLS is my 11th YA novel. This cover is one of the very best. I think you'll be equally captivated by the photo essay design inside. I hope you enjoy! Learn more at www.lmelliott.com 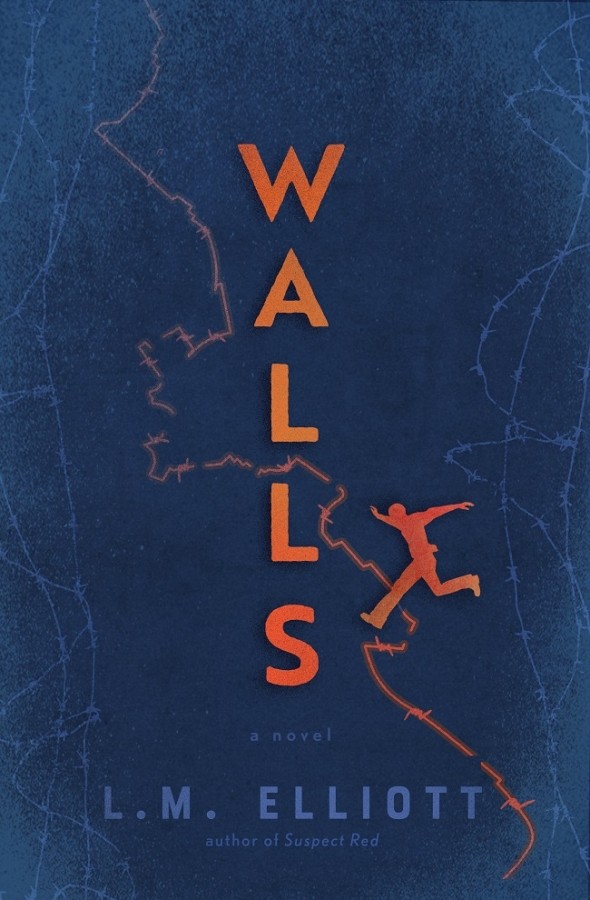 Drew is an army brat, a hotshot athlete poised to be his high school’s star pitcher, when he has to move for the sixth time in fifteen years—this time to West Berlin, where American soldiers like his dad hold an outpost of democracy against communist Russia in Hitler’s former capital. Meanwhile, in East Berlin, his cousin Matthias has grown up in the wreckage left by Allied bombing during World War II, on streets ruled by the Communist Party’s secret police.

From the opposing sides of the Cold War, Drew and Matthias begin to overcome the many ideological walls between them to become wary friends. They argue over the space race, capitalism, socialism, and even the American civil rights movement, and bond over rock ’n’ roll—music outlawed in Matthias’s part of the city. If Matthias is caught by the Stasi’s neighborhood spies with the records or books Drew has given him, he will be sent to a work camp for “re-education.” At the same time, Drew’s friendship with the East Berlin Jugend—who ardently spout communist dogma—raises suspicions about his family’s loyalty to America. As the political situation around them gets all the more dire, Drew and Matthias’s loyalty—to their sector, their countries, their families, and each other—will be tested in ways that will change their lives forever.

Set in the tumultuous year leading up to the surprise overnight raising of the Berlin Wall in August 1961, and punctuated with real-life photographs, headlines, and personalities of the time, Walls brings to vivid life the heroic and tragic choices of the Cold War. 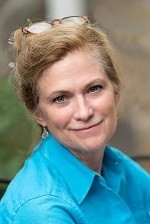 L.M. Elliott was an award-winning magazine journalist in Washington, D.C., before becoming a New York Times bestselling author of historical and biographical young adult novels. Her works include Under a War-Torn Sky, Suspect Red, and Hamilton and Peggy.

Five winners will each receive a galley copy of WALLS (L.M. Elliot) ~ (US Only)

Winners will be announced on this site and in our monthly newsletter (sign up now!) within 30 days after the giveaway ends.