It’s Live!! Cover Reveal: The Red Labyrinth by Meredith Tate + Giveaway (US Only)

Today we're super excited to celebrate the cover reveal for THE RED LABYRINTH by Meredith Tate, releasing 06/04/2019 from Flux. Before we get to the reveal, here's a message from Meredith:

Hi, everyone! My name is Meredith Tate, and I’m the author of The Red Labyrinth. I’m so thrilled that YABC is hosting my cover reveal today – thank you for having me! After years of eagerly clicking on cover reveals on this site, I’m so excited to have my own book featured on here.

When I wrote this book, I knew right away that I wanted a big, ominous looking maze on the cover; however, I never really thought further than that (this is why I’m not a designer). When I got the email of cover concepts from my fab editor, she prefaced it with, “the design team really prefers concept #1.” I hesitated before opening the files, because I was so nervous – what if I didn’t like #1? What if my favorite was #2, or #3, or #4? So with a deep breath, I opened the file labeled Concept #1 – and I pretty much screamed right in the middle of downtown St. Louis (we were exploring the newly renovated Gateway Arch museum that day!). The cover was perfect. The big, daunting maze. Zadie’s silhouette, standing boldly in the entrance. The gorgeous, dusty, desert color scheme. The quirky font. All of the cover concepts were beautiful, but this one took my breath away. Designer Jake Nordby really knocked it out of the park. I hope you like it as much as I do! 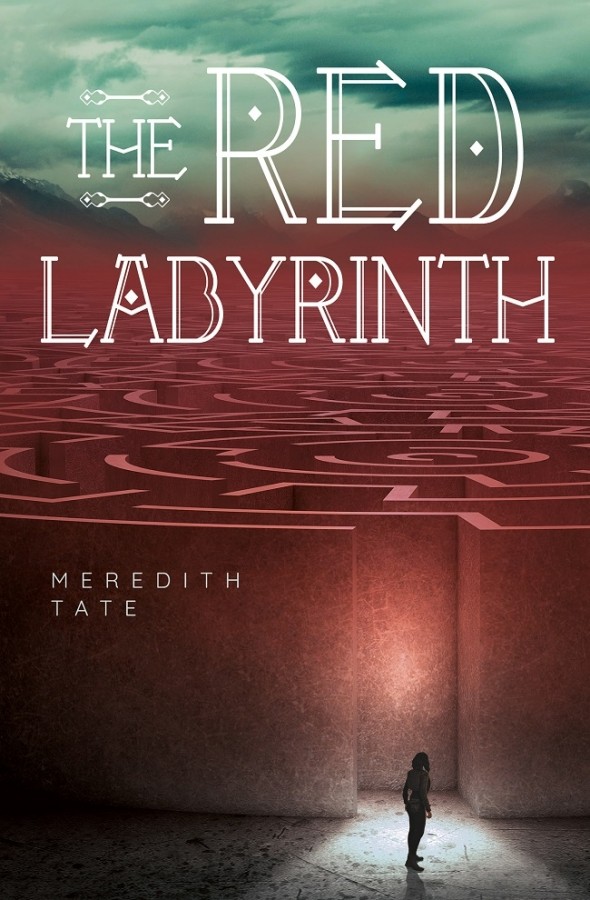 To save the hero, she'll have to team up with the villain. But in the labyrinth, nothing is as it seems.

The massive labyrinth was built to protect Zadie Kalvers' isolated desert town. Unfortunately, living in the maze's shadow makes her feel anything but safe. Even without its enchanted deathtraps and illusions, a mysterious killer named Dex lurks in its corridors, terrorizing anyone in his path.

But when Zadie's best friend vanishes into the labyrinth-and everyone mysteriously forgets he exists- completing the maze becomes her only hope of saving him. In desperation, Zadie bribes the only person who knows the safe path through-Dex-into forming a tenuous alliance.

Navigating a deadly garden, a lethal blood-filled hourglass, and other traps-with an untrustworthy murderer for her guide-Zadie's one wrong step from certain death. But with time running out before her friend (and secret crush) is lost forever, Zadie must reach the exit and find him. If Dex and the labyrinth don't kill her first.

Meredith Tate grew up in Concord, New Hampshire, where she fell in love with the many worlds of science fiction and fantasy. Pursuing her love of travel, Meredith spent a semester in London and then backpacked in Europe for a month before earning her master's degree in social work from the University of New Hampshire. After graduation, Meredith worked in the field in Boston for a few years before deciding to pursue her dream of telling stories. Meredith and her husband spent three wonderful years in St. Louis, Missouri. They recently moved to Zurich, Switzerland as expats. Meredith spends her days eating cheese and chocolate by the lake and writing about characters way braver than she is.

3 winners will each receive an Advanced Review copy of The Red Labyrinth, when available.

love the cover and the story sounds so suspenseful/intriguing! Can't WAIT!

I love the colors in the cover and the story sounds intriguing!

0
I love the colors in the cover and the story sounds intriguing!
Cancel Update Comment

The cover is really cool. The story sounds exciting.