It’s Live!! Cover Reveal: The Blue Witch by Alane Adams + Giveaway (US Only) Today we're super excited to celebrate the cover reveal for THE BLUE WITCH by Alane Adams, releasing on October 23, 2018 from Spark Press. Before we get to the reveal, here's a note from Alane:

Hello and welcome to the cover reveal of my new book The Blue Witch!

I’m so excited to share this fantasy adventure book with you! My new The Witches of Orkney series is written especially for a middle grade reader. The Blue Witch, book one in my new series, offers the same Norse mythology inspired exciting action and adventure as my The Legends of Orkney YA series, along with plenty of witch magic. Having been an avid reader my entire life, books based on mythology have always fascinated me the most. I think it’s the idea of magic and the unlimited potential behind the surreal. Building an entirely new world like the fantastical realm of Orkney in both of my series has been a wonderful challenge. You will be able to find The Blue Witch in stores on October 23rd.  I hope you enjoy it! 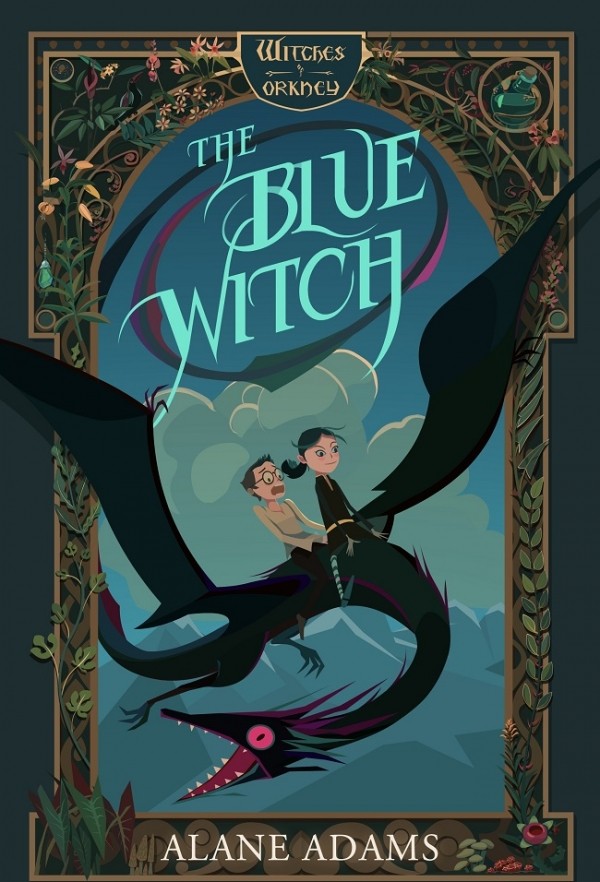 Before Sam Baron broke Odin’s curse on the witches to become the first son born to a witch and the hero of the Legends of Orkney series, his mother was a young witchling growing up in the Tarkana Witch Academy. In this first book of the prequel series, the Witches of Orkney, nine-year-old Abigail Tarkana is determined to grow up to be the greatest witch of all, even greater than her evil ancestor Catriona. Unfortunately, she is about to fail Spectacular Spells class because her witch magic hasn’t come in yet. Even worse, her nemesis, Endera, is making life miserable by trying to get her kicked out. When her new friend Hugo’s life is put in danger by a stampeding sneevil, a desperate Abigail manages to call up her magic—only to find out it’s unlike any other witchling’s at the Tarkana Witch Academy! Witchfire is meant to be green, but Abigail’s burns bright blue, something that’s bound to get her into trouble. After a competition is announced to see who can bespell the most powerful creature, Abigail enters the swamps, only to be snatched up by an Omera, a powerful winged beast capable of tearing Abigail to pieces. This one is a mother with a stubborn hatchling that won’t hatch—and if Abigail can’t find a way to help, Big Mama may just decide to eat her! Fortunately, Hugo arrives in time to help Abigail discover the truth about her magic: it was given by her father, Rigel, the morning star. Rigel was once a mighty warrior named Aurvendil and companion to the mighty Thor. Rich in Norse mythology, The Blue Witch is the first of a fast-paced middle-grade series in which Abigail and Hugo must also travel to the Netherworld, along with a glitch-witch named Calla, to rescue her nemesis and save herself from being kicked out of the coven. 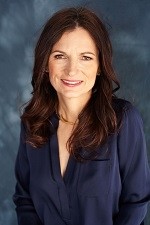 1 winner will receive a galley copy of THE BLUE WITCH, when available.

The cover is cool, and I'd enjoy reading about Norse-influenced witches and magic!

0
The cover is cool, and I'd enjoy reading about Norse-influenced witches and magic!
Cancel Update Comment

This sounds so exciting and fun! I've really been into Midle Grade Fantasy lately and I love find in books to try to get my daughter to read as well. This one sounds like it woul be a hit with us both! I love all types of mythology so I can't wait to see how this one incorporates it!

0
This sounds so exciting and fun! I've really been into Midle Grade Fantasy lately and I love find in books to try to get my daughter to read as well. This one sounds like it woul be a hit with us both! I love all types of mythology so I can't wait to see how this one incorporates it!
Cancel Update Comment

The cover is adventurous. The story sounds really fun.

The cover is fun and the synopsis also sounds fun to read, especially with the promised magic.

0
The cover is fun and the synopsis also sounds fun to read, especially with the promised magic.
Cancel Update Comment
How to resolve AdBlock issue?
X