Of Fire and Ash by Gillian Bronte Adams,

Hi YABC! I’m stoked to be here today unveiling the cover for Of Fire and Ash! It’s a crazy thing when a book that’s been living in your head forever (this one has been knocking around inside my skull for nearly ten years) is suddenly introduced to the whole wide world. It’s thrilling and a teensy bit terrifying—but mostly thrilling. So here, meet these darling and dangerous characters, and ride (don’t walk) through this epically perilous storyworld—but first, maybe, you could pause and drool with me over this incredible cover designed by the fantastic Darko Tomic! I mean … isn’t it breathtaking? You just can't help looking! Of course, I’m supposed to be writing book two right now, but I think I’ll just sit here and stare at this beauty for just a little while longer. Shh, don’t tell my editor!

(Of Fire and Ash, Enclave Publishing) 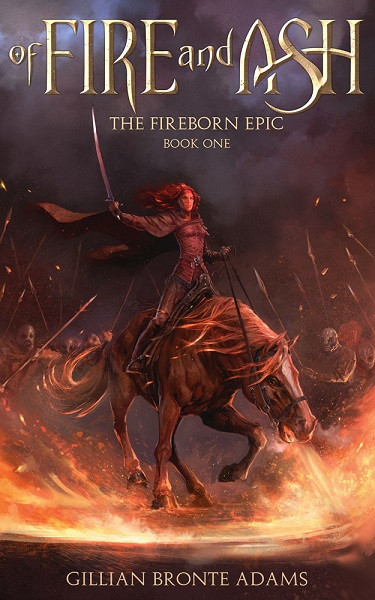 please include a courtesy link back to this page so that others can enter Of Fire and Ash's giveaway. Thank you! ***

Of Fire and Ash, book one of The Fireborn Epic
By: Gillian Bronte Adams

She rides a fireborn, a steed of fire and ash, trained for destruction.

Ceridwen tal Desmond dreams of ruling like her father over the nation of Soldonia, where warriors ride to battle on magical steeds—soaring on storm winds, vanishing in shadow, quaking the earth, and summoning the sea. After a tragic accident claims her twin brother, she is exiled and sworn to atonement by spending her life—or death—for her people.

But when invaders spill onto Soldonia’s shores and traitors seize upon the chaos to murder her father, Ceridwen claims the crown to keep the nation from splintering. Combatting overwhelming odds and looming civil war, she begins to wonder if the greatest threat to the kingdom may, in fact, be her.

With fire before her and ash in her wake, how can she hope to unite instead of destroy?

Pre-Order Of Fire and Ash Here!
About the Author 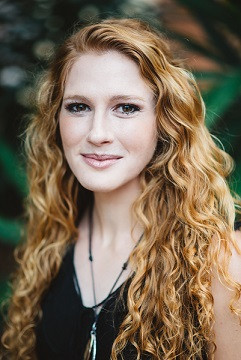 Gillian Bronte Adams is the horse-riding, word-smithing, wander-loving epic fantasy author of THE SONGKEEPER CHRONICLES and THE FIREBORN EPIC. Rarely found without a coffee or her trusty laptop in hand, she writes stories that ring with the echoes of eternity, following outcast characters down broken roads through epic battles and onward to adventure. At the end of a long day of typing, she can be found saddling her wild thing and riding off into the sunset alongside her pup, Took, seeking adventures of her own. Connect with her online @GillianBronteAdams.

That cover!!!! I really want to read this book because is sounds really into my style of reading! cant wait!

0
That cover!!!! I really want to read this book because is sounds really into my style of reading! cant wait!
Cancel Update Comment

That cover is amazing. This sounds like a fantastic read.

This cover is awesome! I love the power. The synopsis sounds so good and I can't wait to read this book.

0
This cover is awesome! I love the power. The synopsis sounds so good and I can't wait to read this book.
Cancel Update Comment
How to resolve AdBlock issue?
X