Today we're super excited to celebrate the cover reveal for

Before we get to the cover, here's a note from Tamara Girardi:

Hi sports fans! We’re super excited to celebrate the cover reveal for Gridiron Girl, the first in a four-book YA contemporary sports series by Tamara Girardi, releasing March 3, 2022 from Wise Wolf Books. Tamara Girardi grew up playing sports with the neighborhood kids. Often the only girl, she loved nothing more than smashing a home run at the opportune moment or stealing the basketball from one of the guys and scoring two on a breakaway. In high school, she fell in love with the quarterback and played football in the backyard with him and his two quarterback brothers. Watching them play, she wondered, “What would it be like if they’d had a baby sister? Would she play quarterback, too?” And just like that, the idea for Gridiron Girl was born. 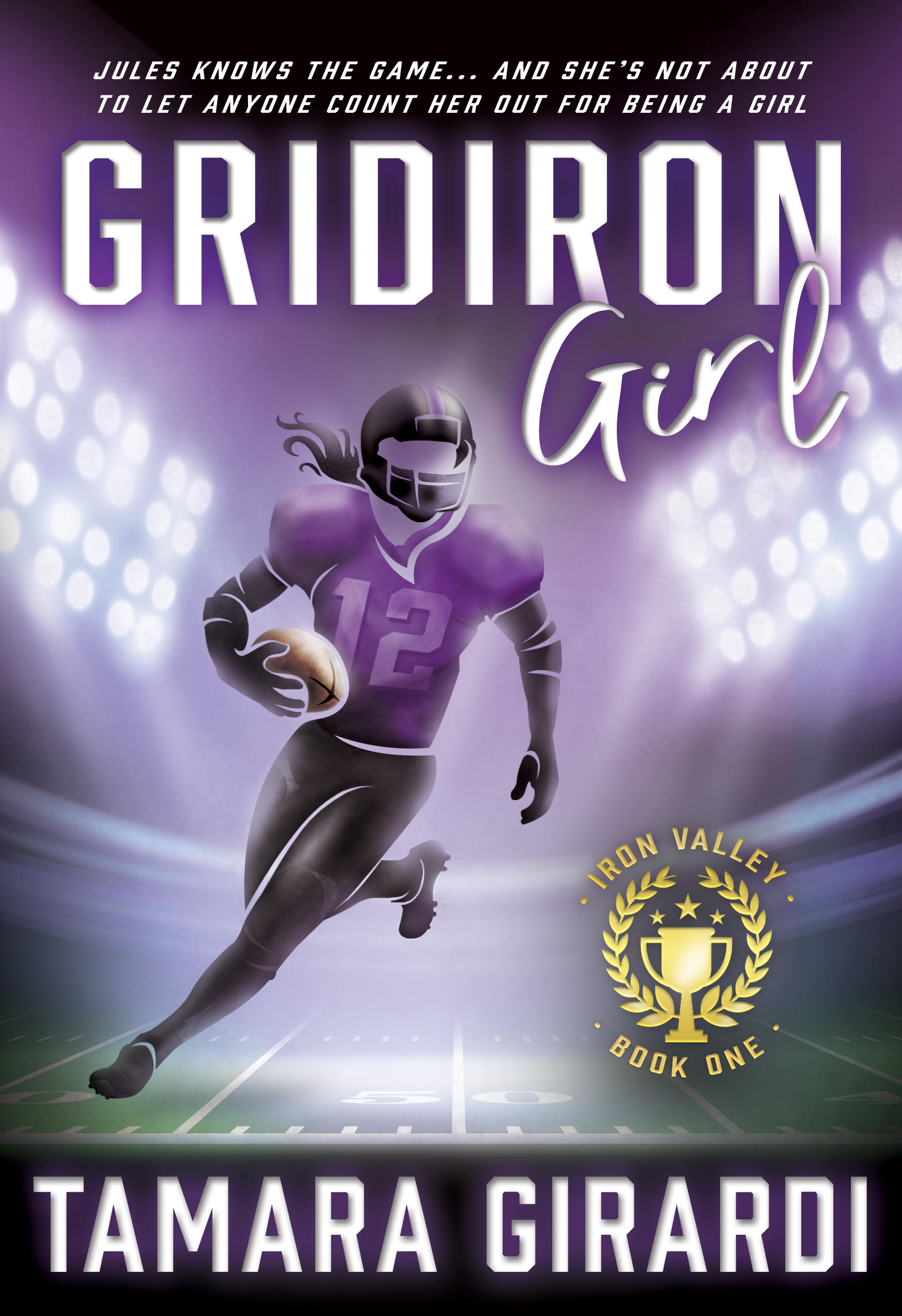 ** If you choose to share this image elsewhere, please include a courtesy link back to this page so others can enter the giveaway. Thank you! ***
Cover designer/artist credit: Wise Wolf Books
GRIDIRON GIRL (Iron Valley Series 1)
by, Tamara Girardi
Release Date: March 3, 2022
Publisher: Wise Wolf Books
About the Book:

Fun friendships, high school romance, and intense competition are at the heart of book one in Tamara Girardi’s swoon-worthy, young-adult contemporary series.

Julia Medina, dubbed Jules by her closest friends, wants to be the new, starting quarterback of Iron Valley High School’s football team, and no one is going to stand in her way. That is—until her boyfriend, Owen Malone, steps up to the challenge. Wanting to maintain her relationship with her boyfriend, Jules is torn. But while Owen is in her heart, football is in her blood.

Once the idea takes root to quit her championship volleyball team and join the leagues of Iron Valley’s toughest teenage boys, there’s no stopping Jules from pursuing her dream. In her mind, expectations that the position will go to a male player have gone on long enough, and, even as her decision creates controversy among the booster parents, school coaches, family members, and team members themselves, Jules holds strong in her beliefs.

Which is good—because when parents hear that Jules plans to participate in overnight pre-season camp with a staff of male coaches and eighty high school boys, her tryout is threatened more than ever before. Yet, nobody can deny Jules’ skills. As the youngest sister of three former high school quarterbacks, Jules knows the game. She knows what it takes to outsmart opponents, and she’s not about to let anyone count her out for being a girl.

But as the competition intensifies, Jules must choose what she wants more—to embrace girl power and lead her team on the field, or be a girlfriend on the sidelines.

Gridiron Girl will inspire you to follow your vision, instead of those dictated by others. Perfect for fans of Better than Perfect by Simone Elkeles and On the Fence by Kasie West.

About the Author: Tamara Girardi 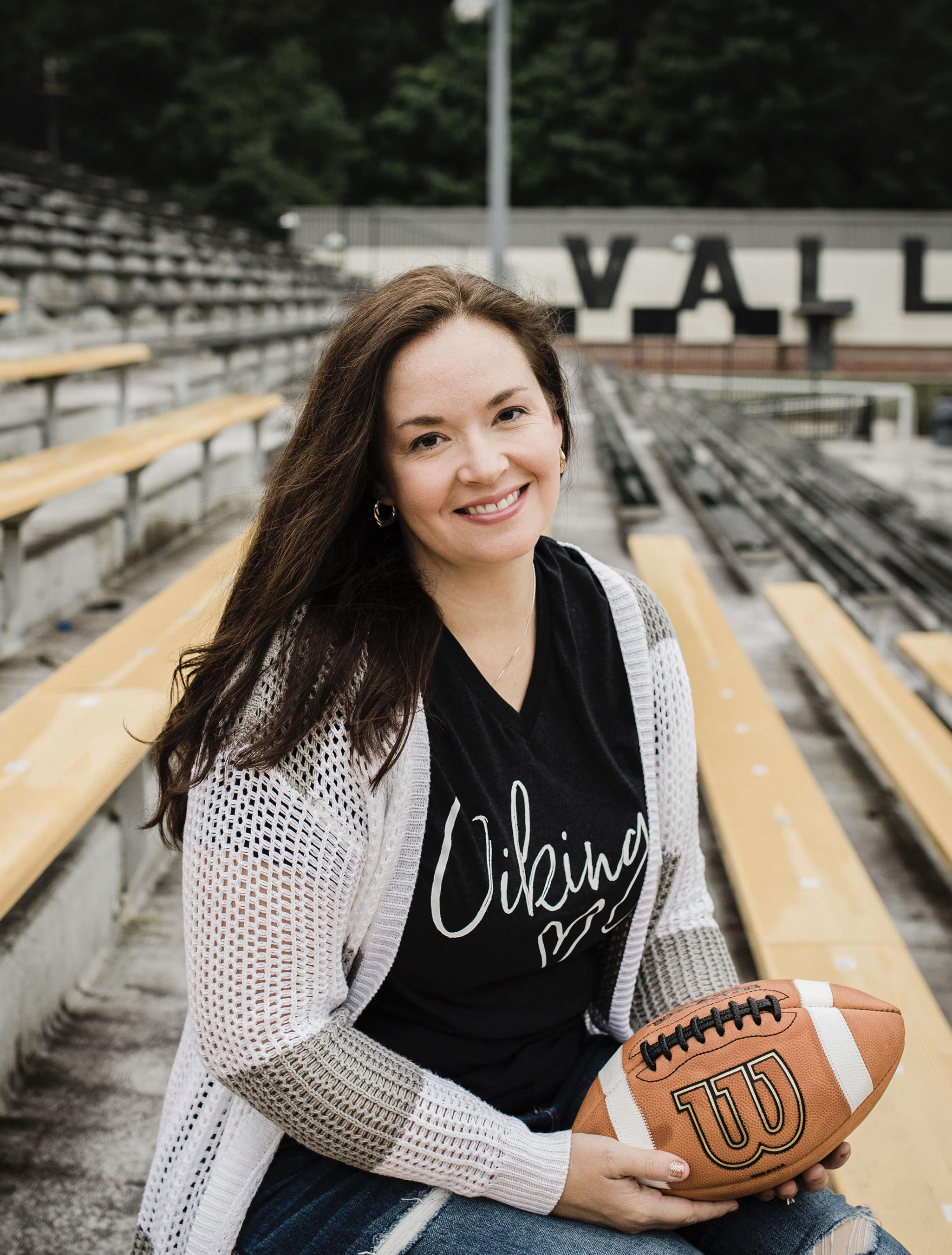 Tamara is an Associate Professor of English at HACC, Central Pennsylvania’s Community College where she teaches creative writing, technical writing, composition, and literature online. She has a PhD in English from Indiana University of Pennsylvania and studied fiction at the University of St. Andrews in Scotland. She lives in a suburb of Pittsburgh, Pennsylvania with her husband and four adorably rambunctious children.