A Light in the Sky by Shina Reynolds,

Hi YABCers, thanks for joining me for the cover reveal of A LIGHT IN THE SKY.

A LIGHT IN THE SKY is the first book in a high-flying new fantasy series, and my debut as an author. During my first round of working with the amazing Micaela Alcaino, this cover instantly stood out to me, with its striking contrast between light and dark. Winged horses play a pivotal role in the story, so I was immediately drawn to the idea of a flying horse as the central icon for the cover. This story is about passion, betrayal, and finding your light, and this cover is every bit as bold as the story it represents. I hope you love it, and that you’ll enjoy reading my atmospheric adventure, A LIGHT IN THE SKY, when it comes out in early 2020! 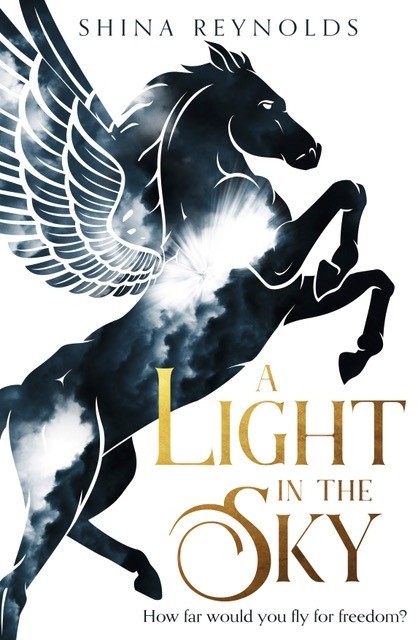 A LIGHT IN THE SKY

Each year, Rider hopefuls across Eirelannia compete in the Autumn Tournament for the honor of joining the Cavalry. Aluma, trained to ride and fight by her retired Empyrean Rider father, knows she has what it takes to prove herself worthy—if only her father hadn’t forbidden her from joining their ranks, in the hope of protecting his only daughter from the perils of war. 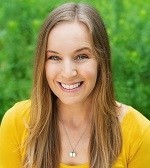 SHINA REYNOLDS currently resides in Texas, where she spends the majority of the year trying to stay cool and imagining she lives in Ireland. When she’s not writing, she can be found painting abstractly, exploring the outdoors with her husband, and entertaining her two mostly cuddly cats. A Light in the Sky is her debut novel. Visit her online at www.shinareynolds.com

5 winners will each receive an Advanced Review Copy (digital ARC)  of A LIGHT IN THE SKY (Shina Reynolds). Prizes will send when available. Open internationally.