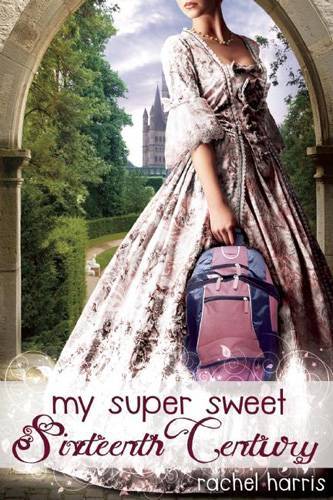 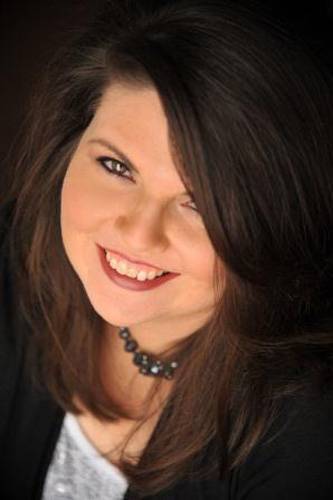 Today we welcome Rachel Harris, author of My Super Sweet Sixteenth Century, to the blog today to answer a few questions.

With all the paranormal/darker romances out there, what made you decide to write a lighter tale?

I love a good paranormal as much as the next reader—in fact my current work in progress has paranormal elements. And as for darker stories, I had lots of suggestions from other people on ways I could make Cat’s story darker and they would have definitely made for an intriguing book, no doubt about that. But honestly, that just wasn’t the story I wanted to tell. What excited me about this idea was the lighter, more fairy-tale-esque quality I had in my head, the fun, sweeter side. Now that’s not to say I didn’t strive for depth and emotion and a twist mid-way through that kept it from being total cotton candy (though I do love me some cotton candy!), but ultimately, for this book, I wanted to capture a different emotion and feel.

When I pick up a book to read, sometimes I’m in the mood for gritty, deep stories, and other times, I want something light and fun that makes me smile and laugh, and just whisks me away for a little while. I write both, but I knew from the very beginning which one this book would be.

What was your favorite tidbit you learned while researching 16th century Italy?

Honestly, the whole water thing. Like, I had to research that a few different times from different sources to make sure I read it right, but the whole idea that Renaissance people didn’t really drink water because it was so hard to obtain clean drinking water, and the fact that they didn’t really swim because they believed open water contributed to the plague. As soon as I read that—and triple checked it—I knew I could have fun with those tidbits.
I also loved researching the unique food they ate (roasted peacock??) and the dancing. There are videos you can watch online that actually teach you the moves for various Renaissance dances, and I’ll admit it, I totally danced around my living room. (*grin*)

Have you been to Florence, Italy? If not, how did you do your research?

I have, and actually while we there a surprise (to us) Renaissance themed parade broke out in the streets. I never really thought about that particular memory again until I started doing interviews for this tour, but I wonder if it may be what prompted the story idea.

But along with my memories, I mainly used two things: Google Earth (it’s so crazy the things you can see and do on that thing!), and my research books. And my favorite research book is Renaissance Florence on 5 Florins a Day, which is written like a traveler’s guide in modern language, but it’s as if you were living in the 1500s. Awesome, awesome resource!

I don't know if you know this, but both sides of my family are from Italy. I'm a fourth-generation Italian-American. One thing I loved is my Grandpa Consoli's Italian cooking. Did you sample some authentic Italian cooking? And if so, what was your favorite meal?

My husband’s family is from Corleone (his grandmother was the first generation born here), and I often tease him that one of the main reasons I married him is so I can be Italian now! So yes, I love eating anything they cook me, but I’m telling you, my answer to this question is going to be so boring... I love his grandmother’s spaghetti!! Seriously, the flavors she gets in there are just so…okay, yummy doesn’t even begin to describe it or give it near the justice it deserves, but I’m just gonna have to go with that.

Do you have a playlist for your novel?

I do =) I always make soundtracks before I start writing anything, and they’re based on the main character’s arc. It can be a title, chorus, or sometimes even just a line that stands out in a song and perfectly captures the story I’m trying to tell or feeling I want to get across.

My soundtracks normally have anywhere from 15-22 songs on them, as much as I can fit, so I’ll spare you the full list. But just for Cat’s main arc (and leaving out spoilers, he he), I’ll highlight the ones that more clearly show Cat’s journey from closed off to opening herself up:

Poker Face by Lady Gaga
Because of You by Kelly Clarkson
Get This Party Started by Pink (when she arrives in the past, ha)
Today Was a Fairytale by Taylor Swift
Stay by Wideawake
Steel Bars by Jill Phillips
Love Story by Taylor Swift
There are a few really good ones that come next, but that would be way too spoilerific!!

If you could go back in time, where would you go? And why?

It’s honestly a toss-up between exactly where Cat went—Renaissance Florence—and Regency London. I love both of these eras and read about them obsessively, so it would be fun to live out my book fantasies. But then again, I’m way too addicted to modern conveniences like air-conditioning so maybe more like 1950s America LOL =)

What is your favorite place to write?

When I’m home, I love writing at my desk. It has two monitors, my book collages on the walls, and my resource books on the shelves. But I’m a homeschool mama author, so I’m learning to write wherever I can. Hectic, crazy playlands in McDonald’s while the kids play, Panera Bread during their karate classes, the car while they’re at Girl Scouts, and my favorite, the quiet hotel when my husband sends me away for a weekend so I can write like the wind.

Who do you picture playing Cat and Lorenzo?

Lorenzo has always been Alex Pettyfer. I have some pictures of him with longer hair that looks slightly curled on the ends, and that was my inspiration for him from day one. Cat is a bit more open-ended, but I used Lily Collins for my main inspiration for her character.

The Renaissance was a time of enlightenment after the Dark Ages. Cat gets to actually meet Michelangelo and see his statue David. What one person/thing would you have loved seeing during that time?

Cat definitely gets to meet one of my idols! How cool would that be to meet Michelangelo? When I did my European trip, it was seeing David and looking up at the ceiling of the Sistine Chapel in Rome that was my favorite. And besides Michelangelo, if I was time hopping myself, I’d travel over to London and give old Shakespeare a ring. I have a little bit of a literary crush on him. Okay, a huge one.

What is your next project?

I just turned in the companion novel to My Super Sweet Sixteenth Century, A Tale of Two Centuries. It was such a fun book to write! It’s Alessandra’s story and flip-flops the time travel we experienced in the first book. It comes out June 2013, and I’m dying for people to read it!

The project I’m currently working on is Rearview Mirror, a YA Thriller with Paranormal elements. This one comes out December 2013, and I’m absolutely loving it because it’s so different from what I’ve been writing (though I came up with the concept at the same time as Super Sweet). It’s also told from a dual POV and is based in my hometown of New Orleans. It also gives me excellent excuses to go back home for visits =)

Thanks so much for chatting with us today, Rachel!

Tags:
Interview Rachel Harris My Super Sweet Sixteenth Century
Interview with Ned Vizzini, author of The Other No...
Interview with Jay Kristoff, Author of Stormdancer...

Author Chat with Gary D Robson, author of Who Pooped In Central Park!!

I'm so glad this book was very light and humorous - I'm quite tired of all the darker and angsty ones :P LOL I love this book so much! And umm I definitely agree with Alex Pettyfer being Lorenzo! Hope they make a movie out of this!

0
I'm so glad this book was very light and humorous - I'm quite tired of all the darker and angsty ones :P LOL I love this book so much! And umm I definitely agree with Alex Pettyfer being Lorenzo! Hope they make a movie out of this! :)
Cancel Update Comment

I did a dream cast as part of a blog tour, and I had no clue before that you saw Alex Pettyfer as Lorenzo So cool that we both thought of him. And yay for writing in Panera! It's one of my favorite places to write.