Heatwave: Summer's Just Heating Up. Check Out These 6 Summer Released, Or Soon-To-Be Released YA Titles! 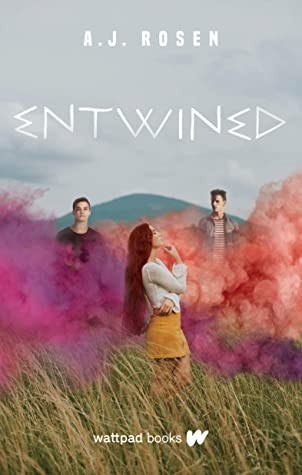 Sometimes love gets a bit twisted.

Avery Montgomery doesn’t even know if she wants a soul mate.

As a member of the Hellenicus—a race founded in antiquity and descended directly from the Greek gods—Avery’s attending her first Gathering where she’ll gain the ability to entwine her thoughts with her destined soul mate and be tied to them forever.

But all is not as it seems at the Royal Court. There are severe and strange looks from the elders, whisperings from the ancient Dodona tree, and encounters with spirits who seem to know Avery better than she knows herself.

Throughout these whirlwind events at Court, Avery finds herself torn between her feelings for the wise and protective Vladimir and the passionate, fun-loving Adrian. Unwilling to surrender her independence or to betray her heart, Avery must decide once and for all if she’ll give in to her desires and risk the wrath of the Gods. 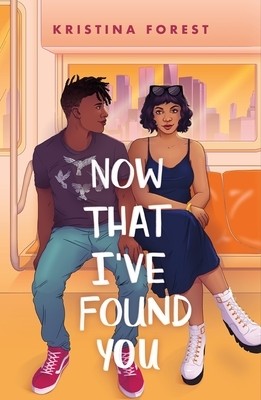 Now That I've Found You is a YA novel about searching for answers, love, and your eccentric grandma in all the wrong places.

Following in the footsteps of her überfamous grandma, eighteen-year-old Evie Jones is poised to be Hollywood’s next big star. That is until a close friend’s betrayal leads to her being blacklisted . . .

Fortunately, Evie knows just the thing to save her floundering career: a public appearance with America’s most beloved actress―her grandma Gigi, aka the Evelyn Conaway. The only problem? Gigi is a recluse who’s been out of the limelight for almost twenty years. Days before Evie plans to present her grandma with an honorary award in front of Hollywood’s elite, Gigi does the unthinkable: she disappears.

With time running out and her comeback on the line, Evie reluctantly enlists the help of the last person to see Gigi before she vanished: Milo Williams, a cute musician Evie isn’t sure she can trust. As Evie and Milo conduct a wild manhunt across New York City, romance and adventure abound while Evie makes some surprising discoveries about her grandma―and herself.
Dating Makes Perfect by Pintip Dunn 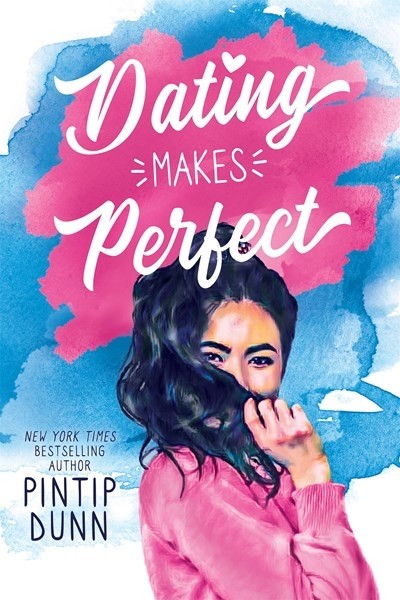 In a move that other Asian American girls know all too well, six months after the older Tech twins got to college, their parents asked, “Why aren’t you engaged yet?” The sisters retaliated by vowing that they won’t marry for ten (maybe even twenty!) years, not until they’ve had lots of the dating practice that they didn’t get in high school.

In a shocking war on the status quo, her parents now insist that their youngest daughter, Orrawin (aka “Winnie”), must practice fake dating in high school. Under their watchful eyes, of course―and organized based on their favorite rom-coms. ’Cause that won’t end in disaster.

The first candidate? The son of their longtime friends, Mat Songsomboon―arrogant, infuriating, and way too good-looking. Winnie’s known him since they were toddlers throwing sticky rice balls at each other. And her parents love him.

If only he weren’t her sworn enemy.
10 Things I Hate About Pinky by Sandhya Menon 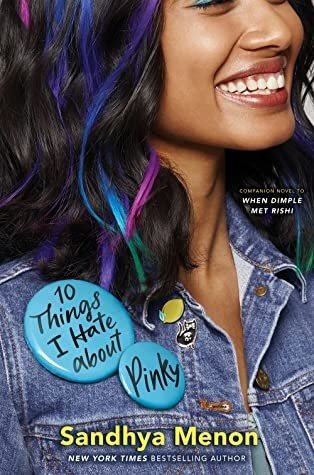 The delightful follow-up to When Dimple Met Rishi and There’s Something about Sweetie, which follows Ashish’s friends Pinky and Samir as they pretend to date in order to achieve their individual goals, to disastrous and hilarious results.

Pinky Kumar wears the social justice warrior badge with pride. From raccoon hospitals to persecuted rock stars, no cause is too esoteric for her to champion. But a teeny tiny part of her also really enjoys making her conservative, buttoned-up corporate lawyer parents cringe.

Samir Jha might have a few…quirks remaining from the time he had to take care of his sick mother, like the endless lists he makes in his planner and the way he schedules every minute of every day, but those are good things. They make life predictable and steady.

Pinky loves lazy summers at her parents’ Cape Cod lake house, but after listening to them harangue her about the poor decisions she’s made (a.k.a. boyfriends she’s had), she hatches a plan. Get her sorta-friend-sorta-enemy—who is a total Harvard-bound Mama’s boy—to pose as her perfect boyfriend for the summer.

When Samir’s internship falls through, leaving him with an unplanned summer, he gets a text from Pinky asking if he’ll be her fake boyfriend in exchange for a new internship. He jumps at the opportunity; Pinky’s a weirdo, but he can survive a summer with her if there’s light at the end of the tunnel.

As they bicker their way through lighthouses and butterfly habitats, sparks fly, and they both realize this will be a summer they'll never forget.
Now & When by Sara Bennett Wealer 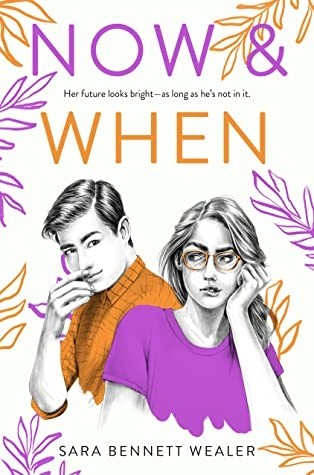 For fans of Jenny Han and Christine Riccio comes a romantic dramedy about a teen girl who stumbles upon a mysterious website that tells her everything she doesn't want to know about her future.

There's something about Truman Alexander that Skyler Finch finds incredibly annoying. Actually, several things: his voice (grating), his arrogance (total know-it-all), his debate-team obsession (eyeroll), and his preppy vibe (does he iron his shorts?). She does her best to avoid him and focus on the important stuff: friends, school, and her boyfriend, Eli. His promposal was perfect--just like he is--and the future is looking bright. Or is it?

For some unexplainable reason, Skylar's phone is sending her notifications from the future . . . a future in which, to her horror, she appears to be with Truman. As in, romantically. As in, Skyler cannot let that happen.

But trying to change the future means messing up the present, and what Skyler sees keeps shifting. Classmates disappear and reappear, swap partners and futures. Turns out there are no actions without reactions, and life doesn't come with a road map. But sometimes the wandering leads you exactly where you need to be, and people--like glitchy phones--are full of surprises.
The Voting Booth by Brandy Colbert 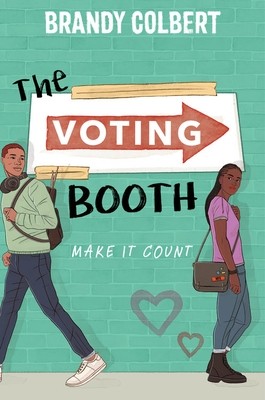 From Stonewall Award-winning author Brandy Colbert comes an all-in-one-day love story perfect for fans of The Sun is Also A Star.

Marva Sheridan was born ready for this day. She's always been driven to make a difference in the world, and what better way than to vote in her first election?

Duke Crenshaw is so done with this election. He just wants to get voting over with so he can prepare for his band's first paying gig tonight.