We're Better Than This

Meet We're Better Than This! 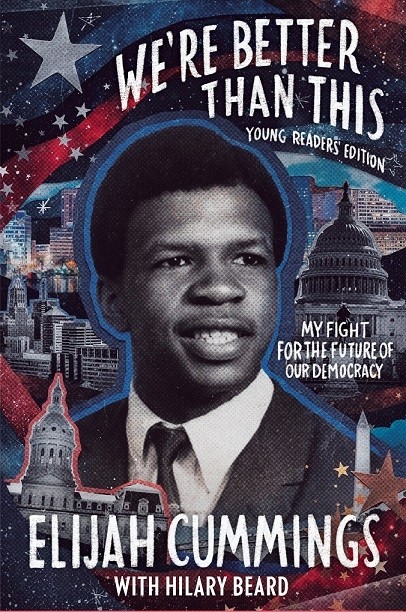 Part memoir, part call to action, this young readers’ edition dives into the inspiring life of the late U.S. Representative Elijah Cummings—from childhood through his time as chairman of the House Oversight Committee—and his tireless fight for justice. Elijah’s story comes complete with a full-color insert of photographs from the congressman’s life.

Growing up as the child of former sharecroppers in a segregated Baltimore, Elijah Cummings saw firsthand how injustice could run rampant, even in a democracy that promises fairness and equality. But with a strong support system and fiery self-discipline, Elijah utilized the momentum of the civil rights movement to overcome the obstacles of poverty and racism to effect change at a time when our country so badly needed it.

In We’re Better Than This, readers will learn not only that we must be and do better than our oppressors but that it is our shared responsibility as a nation to keep our democracy intact because it is the only way to pursue freedom, justice, and equality for all. Congressman Elijah E. Cummings was born and raised in Baltimore, Maryland.  He earned his bachelor’s degree in Political Science from Howard University, serving as Student Government President, and then graduated from the University of Maryland School of Law. Congressman Cummings dedicated his life of service to uplifting and empowering the people he represented. He began his career of public service in the Maryland House of Delegates, where he served sixteen years and became the first African American in Maryland history to be named Speaker Pro Tempore. He proudly represented Maryland's 7th District, since the day he was sworn into the House of Representatives in 1996. He became Ranking Member of the House Committee on Oversight and Reform in 2011 and was appointed as Chairman of the Committee in 2019, where he served until he passed away in October 2019.

We're Better Than This

Check out this Exclusive Excerpt from No Beauties or Monsters (Tara Goedjen)!

GIVEAWAY: Bellocaro (P.S. Meraux) ~US ONLY