Sophia Violet and the Fiery Orb

Just when fourteen-year-old Sophia Violet thinks her life can't get any weirder, her entire world turns upside down. In a few short weeks, she goes from being an awkward teenager to holding the fate of two worlds in her hands. Naturally, she resists. She has her own problems to solve. Like what's up with her best friend, Luna, who's been shapeshifting in and out of her life for as long as she can remember? Yet no one else, including her adoptive parents, has ever met her. At least not in her human form.

And what about the wolves that haunt Sophia’s fire escape each night? Or the cat that appears out of nowhere just in time to save her from an oncoming car? What do they want? Could they have anything to do with that creepy old woman, Esmeray, who has been lurking around Sophia’s New York City apartment lately?

Things come to a head when Sophia draws the attention of her principal. He invites her to a special summer camp for students from Chiralis, a mysterious world on the brink of extinction. Through a series of dangerous adventures, Sophia becomes entangled in Esmeray’s plan to steal a powerful Orb. It has the potential to destroy Earth and Chiralis. At the same time, Sophia makes shocking discoveries about her hidden powers and begins to accept herself in ways that will change her life forever…

I spent a lot of time at the library as a child. Many of my happiest memories feature me sitting curled up in a corner reading authors such as Judy Blume, James Herriot, John Irving and Stephen King. An eclectic mix for sure, but each one whisked me away on an exciting journey that made me thirst for more. I started writing almost as soon as I could read. But always on the side. Life kept me busy. Writing was not a valued endeavour in my childhood home. Still, I always managed to steal away to scribble a few lines. Quietly. Secretly. I tried to banish the urge many times, but it always came back, in the shower, at the dentist, or at 3 am in the morning.

Now I have the time and space to indulge my imagination. I’m ready and eager. I loved writing this novel. Like the wolves that haunted her balcony, Sophia Violet was one of the late night visitors in my head for many years. Her determination inspired my own and she now lives on the pages of this book. I look forward to seeing what she does next. I hope you do too.. 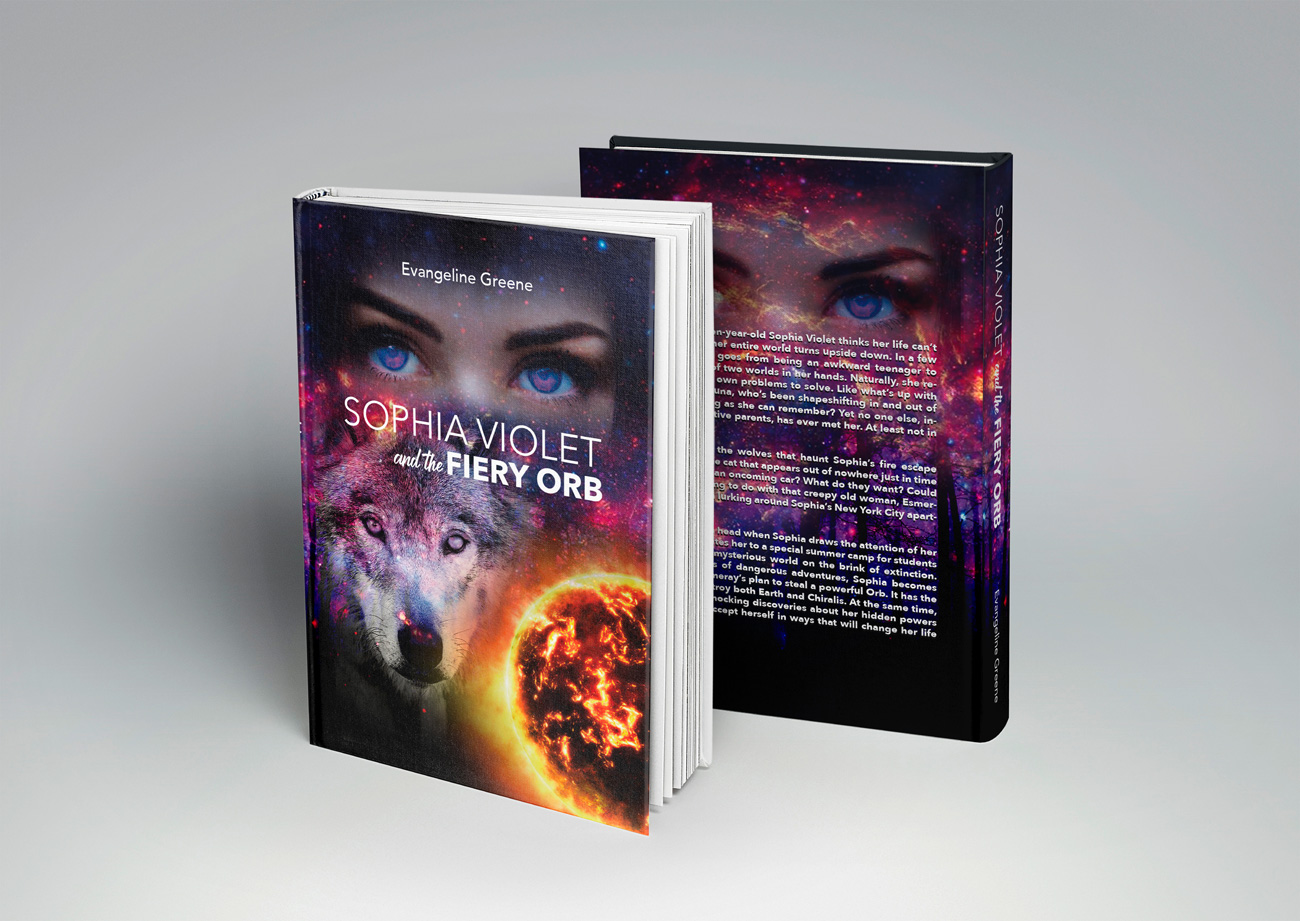