Ready to celebrate the 50th anniversary of the Moon Landing?

Check out this giveaway for middle grade STEAM titles from National Geographic Kids!

National Geographic Prize Pack (US Only) 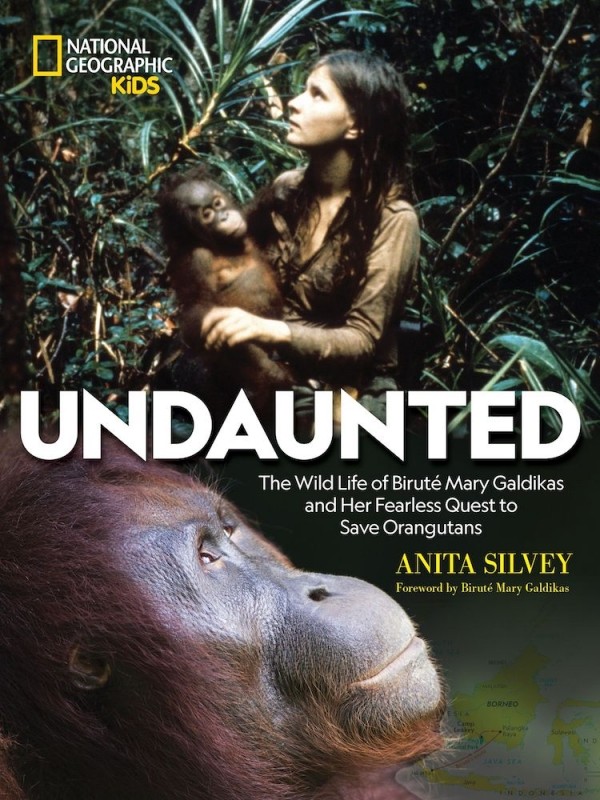 Undaunted: The Wild Life of Birute Mary Galdikas and Her Fearless Quest to Save Orangutans

As a young scientist, Birute Mary Galdikas had a mission: to find and study the elusive orangutans of Borneo's rain forest to help protect this amazing and elusive species. Award-winning author Anita Silvey explores the life and legacy of this incredible and little-known primatologist as she carries out an epic search in Borneo and struggles to survive while studying the world's most endangered great ape. Her studies, which she began at the young age of 25, brought these critically endangered apes to the world stage, and they are still making an impact today. Now in her 70s, Dr. Galdikas has conducted the longest running study of any wild mammal by any single scientist. 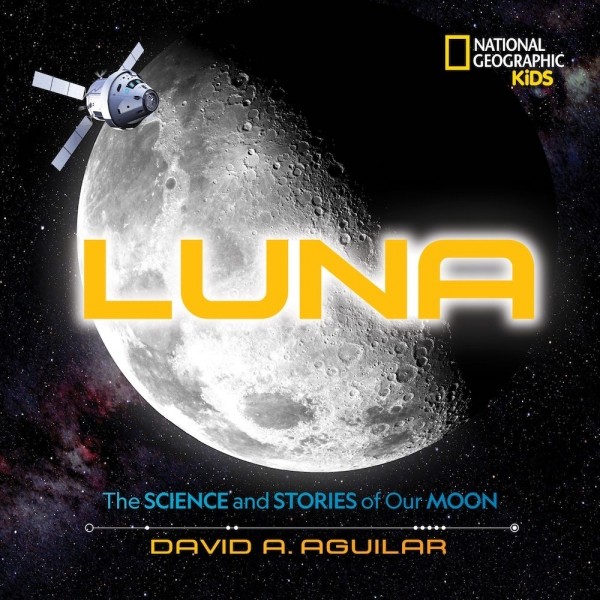 Luna: The Science and Stories of Our Moon

Publishing in time for the 50th anniversary of the moon landing, astronomer, artist and former Director of Science Information for the Harvard-Smithsonian Center for Astrophysics David Aguilar explores the moon from all angles, from its place in the night sky and our solar system to its role in shaping human history and culture. Myths of the moon's creation from around the world are interwoven with detailed explanations, illustrations and photographs of the science of how the moon actually formed. Readers will also learn about the moon's effects on Earth's tides and imagine what the world would be like without them, as well as examine the moon-men hoaxes from history and find out how scientists may actually colonize Earth's closest neighbor. A unique title that weaves together science and myth, history and technology. An educator guide is available. 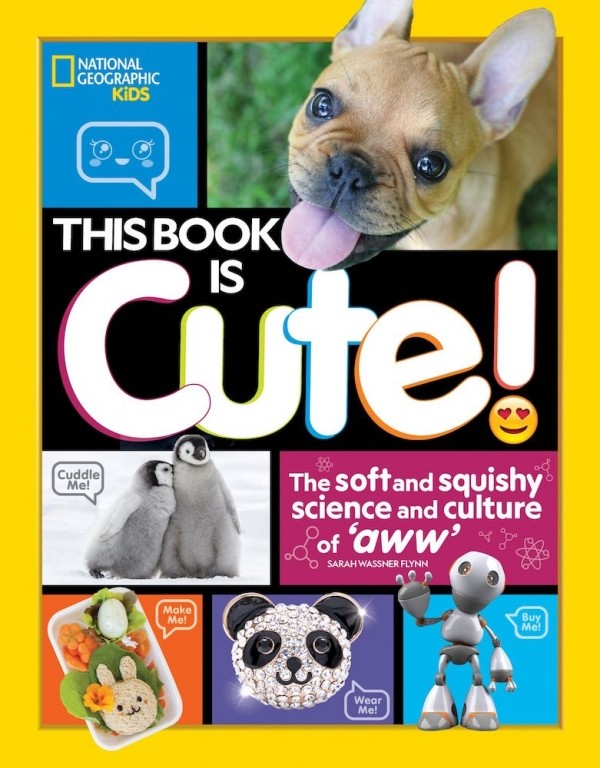 This Book Is Cute! The Soft and Squishy Science and Culture of “Aww”

Ever wonder why some creatures just make you want to cuddle them? Those adorable big eyes. Those floppy ears! And that soft velvety fur. Welcome to the soft and squishy science of cute! This book delves into what actually makes something "cute," what happens inside our brains when we see something cute, and why we're biologically hardwired that way. Flynn explains the psychology and physiology behind our responses and answers questions like: What influence does our culture or environment have on our conceptions of cute? Also explored are why some brands, products, and characters have been such sensational hits through the ages and an up-close look at the crazes of today, from the indisputably cutest animals ever to Internet sensations. Let the squealing commence! 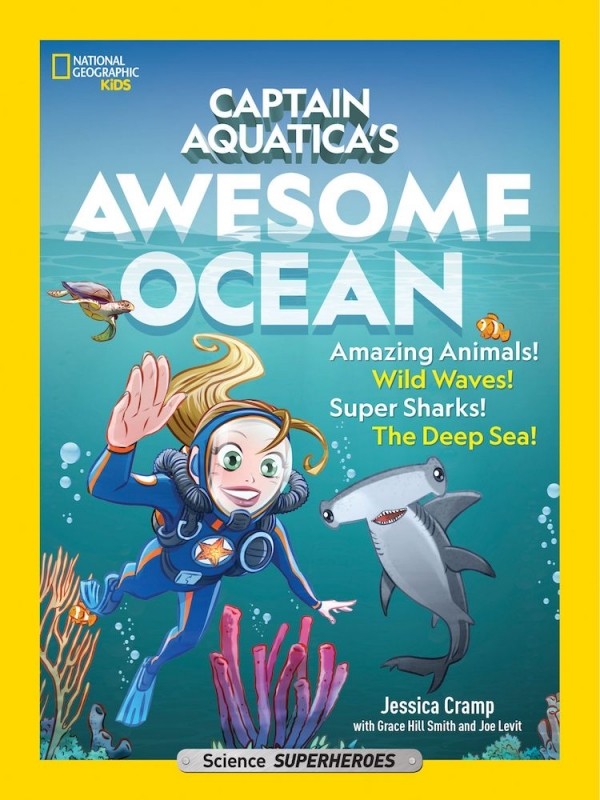 Attention Shark Week groupies and fans of the graphic novel format! This second title in the critically acclaimed Science Superhero Series (Dr. E’s Super Stellar Solar System, 2018) takes to the seas with comic book flair. Readers join scientist Captain Aquatica and her hammerhead shark sidekick, Fin, to explore the ocean's wettest and wildest depths and get the latest facts from the field. Pairing fun, graphic novel story lines and art with science facts makes big concepts about weather, tides, ocean zones and conservation accessible and easy to understand. Each chapter kicks off with 2 pages of the story of Captain Aquatica's adventures in comic book format and then dives deeper into each topic with marine biologist, shark researcher and founder of the Cook Islands National Shark Sanctuary, Jessica Cramp (aka Captian Aquatica!).

As the author of 100 Best Books for Children, 500 Great Books for Teens, and Everything I Need to Know I Learned from a Children's Book, ANITA SILVEY has devoted 40 years to promoting books that will turn the young -- and families -- into readers. Her most recent books are Untamed: The Wild Life of Jane Goodall and Let Your Voice Be Heard: The Life and Times of Pete Seeger. She has appeared frequently on NPR, The Today Show, 60 Minutes, and various radio programs to talk about the best books for young people. In a unique career in the children's book field, Silvey has divided her time equally between publishing, evaluating children's books, and writing. Her lifelong conviction that "only the very best of anything can be good enough for the young" forms the cornerstone of her work. Formerly publisher of children's books for Houghton Mifflin Company and editor in chief of The Horn Book magazine, she currently teaches modern book publishing, children's book publishing, and children's book author studies at several colleges.

DAVID AGUILAR is a naturalist, astronomer, artist, and author of eleven books on space for children. He is the former Director of Science Information for the Harvard-Smithsonian Center for Astrophysics and past director of Marketing for Ball Aerospace and Technologies Corporation. As a member of NASA's New Horizons Spacecraft team, he handled the media coverage of the Pluto flyby. He lives with his wife Astrid outside Aspen, Colorado, where he's built his own research observatory. Asteroid 1990 DA was named in his honor by the International Astronomical Union. Read more about the author at davidaguilar.org.

SARAH WASSNER FLYNN is a longtime writer for National Geographic Kids, including books in the blockbuster hit Weird But True! series, and the award-winning This Book Stinks (winner of the 2017 NSTA award for Outstanding Science Trade Books for Students and the 2018 AAAS Prize for Excellence in Science Books), among others. She loves writing, running, and triathlons. When she's not writing about races, she's usually training or competing in one.

JESSICA CRAMP is a marine conservationist and shark researcher. She is passionate about stopping the overexploitation of sharks and the degradation of the ocean. Her projects include everything from the creation of the Cook Islands shark sanctuary to engaging local communities about the importance of the ocean. In addition, she advises local governments, NGOs, and foundations in the areas of marine reserve and fisheries policy. Cramp is also the founder of Sharks Pacific, a nonprofit dedicated to shark and fisheries research, outreach, education and advocacy. She is currently pursuing her Ph.D. at James Cook University in Australia. She lives in the Cook Islands.

One winner will receive one copy each of the four books listed.

During each giveaway, we ask entrants a question pertaining to the book. Here is the question they’ll be answering in the comments below for extra entries: What do you do to stop Summer "Brain Drain"?

"What do you do to stop Summer "Brain Drain"?" Work! Agonizing, relentless toil!

0
"What do you do to stop Summer "Brain Drain"?" Work! Agonizing, relentless toil!
Cancel Update Comment

Lots of reading and visits to zoos, aquariums and National Parks.

The summer reading program at the library is great for stopping summer brain drain.

We read lots of books, participate in library reading programs and special kids events there, and go to museums.

0
We read lots of books, participate in library reading programs and special kids events there, and go to museums.
Cancel Update Comment

Go to the library!

0
Go to the library! :)
Cancel Update Comment
How to resolve AdBlock issue?
X