Giveaway: MINECRAFT: THE END (Catherynne M Valente) ~ (US Only) Minecraft: The End (US Only)

Catherynne M. Valente is the New York Times bestselling author of dozens of works of science fiction and fantasy including Space Opera, The Refrigerator Monologues, and the Fairyland series. She has won or been nominated for every award in her field. She lives on an island off the coast of Maine with her partner, her son, and several other mischievous beasts. 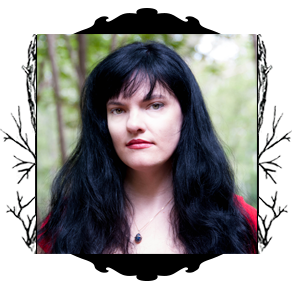 The brand-new official Minecraft novel is an epic battle for survival! When humans enter the End, a pair of endermen must decide which side they’re really on.

For as long as they can remember, the twin endermen Fin and Mo have lived in the mysterious land of the End. On the outskirts of the great enderman city of Telos, they explore ancient ruins under the watchful gaze of the mighty ender dragon. They have everything they need in the end ship they call home, and know everything there is to know about their world—or so they think until the strangers from another dimension arrive.

The invaders are called humans, and they’ve come to steal artifacts and slay the ender dragon. Fin and Mo are ready to protect their home from the trespassers, but when they come face-to-face with the humans, they discover that they aren’t as prepared for battle as they’d thought. Caught off guard, the twins are trapped in the middle of a war between the endermen and the humans, with the future of their home at stake.

My kids love to play Minecraft. Would love to put this book in my classroom, too!

0
My kids love to play Minecraft. Would love to put this book in my classroom, too!
Cancel Update Comment

This book looks great! My nephew loves Minecraft, would love to give him a copy!

0
This book looks great! My nephew loves Minecraft, would love to give him a copy!
Cancel Update Comment

Kids will love these!

This is an eye-catching cover which will capture those young readers of this genre. Minecraft is so popular today and this story fits right in. Thanks for sharing.

0
This is an eye-catching cover which will capture those young readers of this genre. Minecraft is so popular today and this story fits right in. Thanks for sharing.
Cancel Update Comment

The cover is striking. This book will be very popular with the Minecraft crowd.

0
The cover is striking. This book will be very popular with the Minecraft crowd.
Cancel Update Comment
How to resolve AdBlock issue?
X