Explorer Academy: The Star Dunes (US Only) 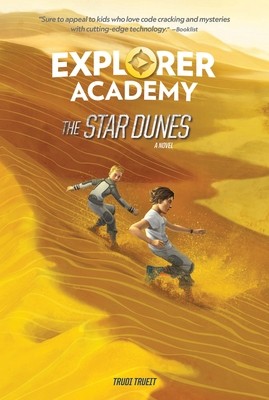 Cruz, Sailor, Emmett, and the gang are on their way to Africa when Nebula misses their intended target and someone close to Cruz ends up on the brink of death. Secrets creep out from the shadows and leave Cruz with more questions than answers in this fourth title in the hit series.

A major discovery forces the Explorer Academy into the limelight in The Star Dunes, but Cruz has much more on his mind than 15 minutes of fame. A new face on board the ship brings Cruz's worlds colliding, just as a major close call tears them apart. En route to Africa, Team Cousteau is now down a major player, and Cruz can't help but be preoccupied by the hole in his life. The discovery of his mom's next clue leads him to the most exotic location yet--a vast desert--with no other information to lead the way, while an unlikely ally helps Cruz pursue another piece of the puzzle. Just as things seem like they might turn out alright, Dr. Fanchon Quills has a technological breakthrough which gives Cruz a glimpse into the past and reveals more about his future than he may really want to know.

TRUDI TRUEIT has written more than 100 books for young readers, both fiction and nonfiction. Her love of writing began in fourth grade, when she wrote, directed, and starred in her first play. She went on to be a TV news reporter and weather forecaster, but she knew her calling was in writing. Trueit is a gifted storyteller for middle-grade audiences, and her fiction novels include The Sister Solution, Stealing Popular, and the Secrets of a Lab Rat series. Her expertise in kids nonfiction encompasses books on history, weather, wildlife, and Earth science. She is the author of all the narratives for the Explorer Academy series, beginning with Explorer Academy: The Nebula Secret. Trueit was born and raised in the Pacific Northwest, and lives in Everett, Washington.

One winner will receive a complete set of Explorer Academy books, including Books 1-4: The Nebula Secret, The Double Helix, The Falcon’s Feather, The Star Dunes as well as three Explorer Academy non-fiction companion titles: Field Journal, Code-Breaking Activity Adventure and Ultimate Activity Challenge ~ (US Only) 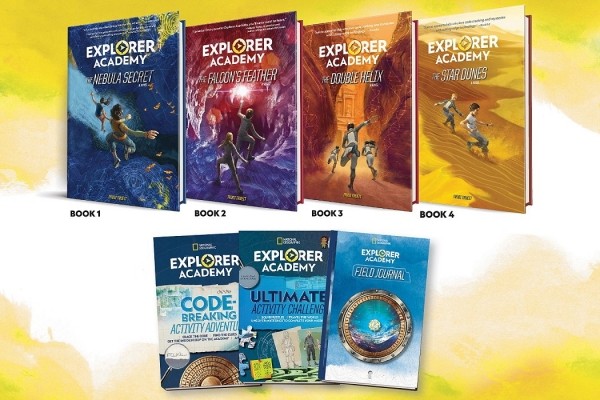 This series is great, can't wait to read this one!

0
This series is great, can't wait to read this one!
Cancel Update Comment

First off, this site is so cool! I'd seen the social media posts, but am glad I finally visited! Second, I haven't heard of this series, but it looks like a fun read, and I'm excited to add it to my TBR!

0
First off, this site is so cool! I'd seen the social media posts, but am glad I finally visited! Second, I haven't heard of this series, but it looks like a fun read, and I'm excited to add it to my TBR!
Cancel Update Comment

great work man, I would like to congratulate you on this effort HBCU Alumni.

0
great work man, I would like to congratulate you on this effort [url=https://thehbcualum.com/]HBCU Alumni[/url].
Cancel Update Comment

I love the covers and these books will be a great way to travel especially now.

0
I love the covers and these books will be a great way to travel especially now.
Cancel Update Comment
How to resolve AdBlock issue?
X