Mar 02 Posted by YABC in Giveaways 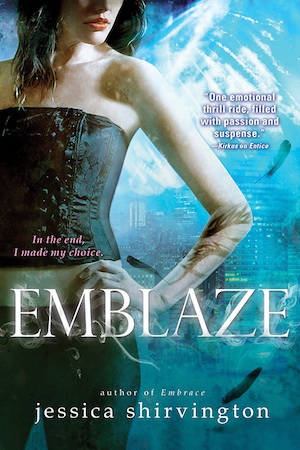 With its combination of a high-adrenaline storytelling, engrossing character development, and a richly imagined mythology, the EMBRACE series has won legions of fans, critical acclaim, and has led to its adaptation into a television series with the CW Network, Steven Spielberg’s Amblin Entertainment and CBS Television Studios. Now, the hotly anticipated third book in Jessica Shirvington’s darkly romantic paranormal series is finally here.

In EMBLAZE the hidden war between Grigori, the protectors of humanity, and the vengeful exiled angels on earth has really begun, and Violet Eden teeters on the edge of a decision that could unleash the darkest evil from the depths of hell itself.

At the start of EMBLAZE, Violet has accepted that she’s part angel, part human—but nothing prepares her to be handed the key to the gates of Hell. Or worse, to be forced to turn the key over to the dark exile who saved and then betrayed her: Phoenix. For Violet Eden the decisions between right and wrong are getting harder and harder. Because apparently being a half-angel Grigori doesn’t always make you right.

Where is the good in having to choose between the life of her best friend and saving humanity? How does she balance a soul-crushing need for her Grigori partner, Lincoln, and the desire to keep him safe at all costs? And what if the darkest exiled angel of all, Phoenix, isn’t as bad as she thought?

Both sides—Angels vs. Exiles—are racing to decipher an ancient scripture that would allow anyone banished to the Underworld to return. And at the very center: Violet. As a brutal battle looms, Violet Eden faces an impossible choice that could unleash a terror of apocalyptic proportions. 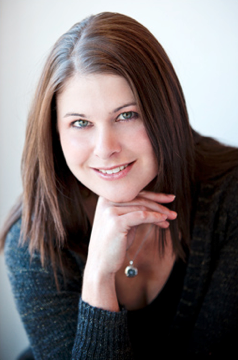 She previously founded and ran a fine foods distribution company in London, and has been involved in managing the hip destination restaurants Fuel Bistro, Tow Bar, and MG Garage in Sydney.