Read on for more about Astrid and her book, plus a guest post! 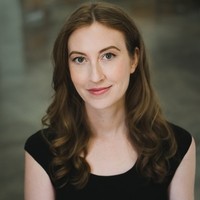 Raised on a diet of Spielberg, Lucas and Disney, Astrid knew she wanted to be surrounded by all things fantastical from a young age. She’s spent the last 10 years working in film, animation and television as both an artist and manager. Career highlights include working on James Cameron's Avatar, Steven Spielberg's The Adventures of Tin Tin and Happy Feet 2 by George Miller. She’s a visual writer and aims to capture the vivid stories that play like movies in her head. When she’s not writing, she’s painting her favorite fictional characters and obliging her furry overlords, Lilo and Mickey. 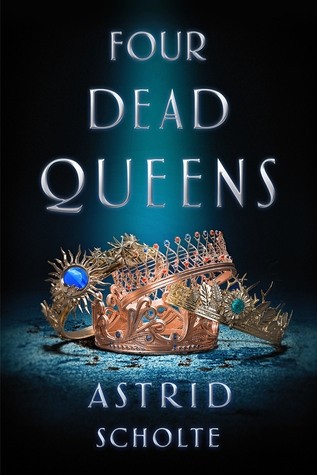 Keralie Corrington is a talented pickpocket in the kingdom of Quadara. She steals under the guidance of her mentor Mackiel, who runs a black market selling their bounty to buyers desperate for what they can't get in their own quadrant. For Quadara is a nation divided into four regions, each strictly separated from the other. Toria, the intellectual quadrant values education and ambition. Ludia, the pleasure quadrant values celebration and passion. Archia, the agricultural quadrant, values simplicity and nature. Eonia, the futurist quadrant values technology, stoicism and harmonious community. Four queens, one from each quadrant, rule as one.

When on Mackiel's orders Keralie steals a particularly valuable item from a messenger, what seems like a routine theft goes horribly wrong. Keralie discovers she's intercepted instructions to murder the queens. Hoping that discovering the intended recipient will reveal the culprit--valuable information that she can barter with--Keralie teams up with Varin Bollt, the messenger she stole from, to complete his delivery and uncover the would-be murderer. But with Keralie and Varin each keeping secrets—and the lives of the queens hanging in the balance—everything is at stake, and no one can be trusted.

It sounds a little cliché, but the first sparks of inspiration for Four Dead Queens was from a dream. I dreamed that I was sitting in a horse-drawn carriage wearing an elaborate dress from the Victorian era when a futuristic silver car flew past. When I woke, I wondered what kind of world would exist with such contrasting technologies and how this would impact the people who lived there. It first began as an idea of a world without time, where different eras coexisted in fractions of one nation. From there, I developed the idea of quadrants inspired by four different eras, but existing within the same timeline.

I didn’t know what the plot would be yet, but I wanted to include a murder mystery. I’ve been a fan of murder mysteries since I was a little kid, loving Clue and Agatha Christie-style whodunnits. I thought a murder mystery set in a fantasy world sounded unique and would be fun to write. As I was brainstorming, an image popped into my head of multiple queens, sitting back-to-back in one court. Ruling together, yet apart. As soon as I saw these queens, I knew they had to be the ones who would be murdered, one-by-one.

Throughout the drafting process, I developed the different quadrants. I wanted to have one futuristic region, inspired by the silver car I’d seen in my dream. I thought technology would likely be the focus of this revolutionary quadrant and that the next step would be to evolve humankind, leading to genetic manipulation. I named this region Eonia, for a land that is eons more technologically advanced than present day.

I also knew I wanted the different regions to be in contrast with each other, which would generate friction between the characters from these different areas. Therefore, I needed a region that would seem archaic to those who live in Eonia. This became Archia. It would be a region that valued simplicity, nature and hard physical work. A direct challenge to Eonia’s way of life. I also wanted to develop a quadrant in contrast to Eonia’s controlled, structured and emotionally supressed society. This region would be about all the frivolous things in life: art, music, literature and plays. This was Ludia.

While I was happy with these contrasting regions, I needed one region that was the glue holding the disparate lands together. A region that wanted to be involved with the other quadrants. A region that was enterprising and full of curious, business-minded folk. This became Toria, named after the Victorian times and a nod to my original dream.

Once I had my quadrants, I could start to play with the queens’ personalities and how they fit, or didn’t fit, with their home regions. The regions also directly impacted the creation of the other characters of Keralie and Mackiel from Toria, and Varin from Eonia. Without my original dream, I doubt I would’ve come up with the idea of such distinct cultures and regions, which is what drove the plot, characters and entire book. The moral of the story is to keep a notebook by your bed to jot down any interesting ideas!

Spotlight on Fractured Tide (Leslie Lutz), Guest Post, Plus Giveaway! ~ (US Only)

Spotlight on The Water Bears (Kim Baker), Plus Guest Post!