Read on for more about Liselle and her book, an guest post, plus an giveaway!

Liselle Sambury is a Toronto-based Trinidadian Canadian author. Her brand of writing can be described as “messy Black girls in fantasy situations.” She works in social media and spends her free time embroiled in reality tv because when you write messy characters you tend to enjoy that sort of drama. She also shares helpful tips for upcoming writers and details of her publishing journey through a YouTube channel dedicated to helping demystify the sometimes complicated business of being an author. 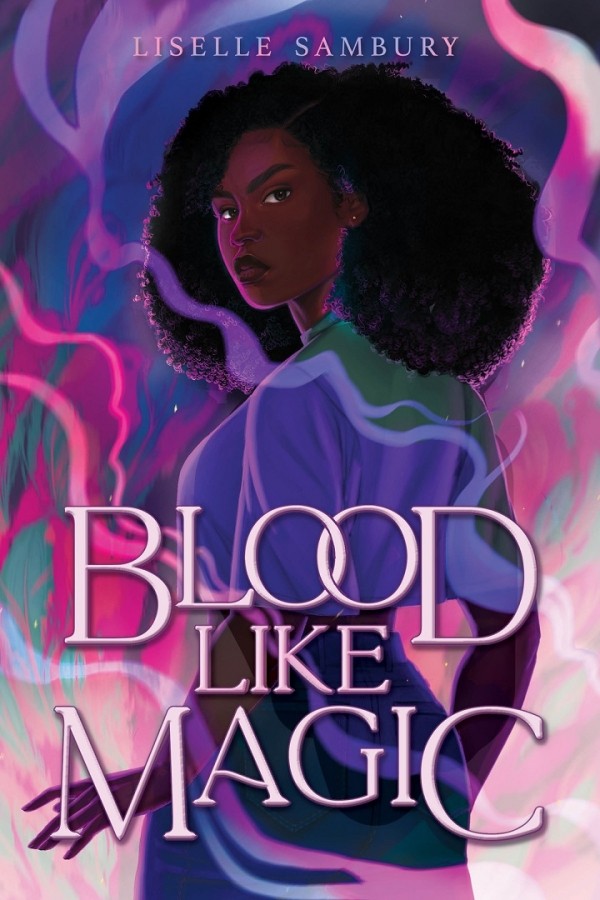 A rich, dark urban fantasy debut following a teen witch who is given a horrifying task: sacrificing her first love to save her family’s magic. The problem is, she’s never been in love—she’ll have to find the perfect guy before she can kill him.

After years of waiting for her Calling—a trial every witch must pass in order to come into their powers—the one thing Voya Thomas didn’t expect was to fail. When Voya’s ancestor gives her an unprecedented second chance to complete her Calling, she agrees—and then is horrified when her task is to kill her first love. And this time, failure means every Thomas witch will be stripped of their magic.

Voya is determined to save her family’s magic no matter the cost. The problem is, Voya has never been in love, so for her to succeed, she’ll first have to find the perfect guy—and fast. Fortunately, a genetic matchmaking program has just hit the market. Her plan is to join the program, fall in love, and complete her task before the deadline. What she doesn’t count on is being paired with the infuriating Luc—how can she fall in love with a guy who seemingly wants nothing to do with her?

With mounting pressure from her family, Voya is caught between her morality and her duty to her bloodline. If she wants to save their heritage and Luc, she’ll have to find something her ancestor wants more than blood. And in witchcraft, blood is everything.

Five Books With Magic Users That Will Charm You

There’s nothing like adding some magic to your life with witches, enchanters, and all sorts of magic wielders. Blood Like Magic brings together witches bonded by blood with gifts that run the gambit from mind reading to nail growing. And so, I thought I would share five books with you that have their own special sorts of magical people ready to charm you with their stories.

Join fledging Brujo Yadriel who summons a ghost he can’t get rid of while trying to get his traditional Latinx family to accept his true gender. The antics around being stuck with a ghost that he didn’t want who is also the resident bad boy are both hilarious and heartfelt. Magic is weaved into Yadriel’s culture and family life, and his journey to helping a new friend (who becomes more than just a friend) and discovering more about what being a brujo means to him makes for an enchanting journey.

A Song of Wraiths and Ruin by Rosanne A. Brown

Weaved around the bright and majestic Solstasia festival, we follow Malik and Karina, both of them entrapped and empowered by magic. With Malik fighting for the life of his younger sister at the cost of killing the Crown Princess Karina, and Karina dabbling in ancient magic to resurrect her mother with the murder of her future king, both clash when Malik enters the competition that turns out to be one for her hand. You’re treated to grand visions in storytelling, secrets between spirits, and more in this fantastic debut.

A perfect mix of Black Girl Magic and Arthurian legend, Legendborn’s Bree has her own unique magic awakened in her when a mage fails to wipe of memory of a demon she shouldn’t have seen. You will be wholly charmed by following Bree on her journey to learn about her magic, and the truth of what happened to her recently passed mother. This is a magic user who does not back down and is not afraid to go after what she wants.

A Dark and Hollow Star by Ashley Shuttleworth

Follow four queer teens embroiled in the magical world of faerie alongside the human city of Toronto. In this case, every one of them, Arlo, Nausicaa, Aurelian, and Vehan have magic, but they each have their own goals that push how they decide to use it, and ways in which it has bound them. This magical mash-up of all the things you love and fear about the fae plus a murder mystery is something you absolutely have to experience for yourself.

The Gilded Ones by Namina Forna

Are we girls or are we demons? In this story, the magic wielded by these girls is seen as a curse, and them, worthy only of death for their golden blood. But when the empire decides they’re better off used as soldiers in an army, Deka rises to the occasion and learns to wield her curse as a strength. The magic of this fantastic story is not only in the special power Deka comes to reveal, but also in the iron clad female friendships forged between these girls.

"Illustrating Depression: Capturing the Truth About This Illness" by Debi Gliori (Night Shift)

These are some of my favorite books! Can’t wait to read Blood Like Magic!

0
These are some of my favorite books! Can’t wait to read Blood Like Magic!
Cancel Update Comment

This cover is gorgeous. I can't wait to read this.

0
This cover is gorgeous. I can't wait to read this.
Cancel Update Comment

The cover is beautiful and the book sounds great!

0
The cover is beautiful and the book sounds great!
Cancel Update Comment

The cover is stunning and the synopsis sounds incredible and so unique.

0
The cover is stunning and the synopsis sounds incredible and so unique.
Cancel Update Comment

The cover is fierce. The story describes a terrible magical dilemma.

That cover though!! So gorgeous!!!! I cannot wait to read this book!

0
That cover though!! So gorgeous!!!! I cannot wait to read this book!
Cancel Update Comment
How to resolve AdBlock issue?
X