There’s no stopping a prophecy.

Solaris and Kaige can no longer deny their feelings. And their world is about to pay the ultimate price.

Death is quickly spreading through Imera, endangering all the inhabitants of Draconis in the process. Synth is running out, and the nocturnes are becoming dangerously restless. When rations dip too low for the taranoi, a rebellion erupts and not everyone makes it out alive.

The forbidden couple’s secrets are exposed, making neither world safe for the star-crossed pair. As their enemies draw ever closer, Kaige and Solaris take refuge in the ominous Shadow Lands. There they stumble upon a pivotal discovery that could change everything.

Can Kaige and Solaris stop the disease ravaging the humans and save the nocturnes or will they all perish as the prophecy foretold?

There’s no stopping a prophecy.

When Kaige and Solaris first started seeing each other, they were testing the limits of the prophecy without even realizing it. But thanks to Kaige's brother Xander, a deadly and contagious poison is released into the human population. One that threatens to wipe out both nocturnes and humans.

Solaris and Kaige struggle with grief and guilt at the situation that's unfolding. They've realized it's impossible for them to remain apart because of their bond, but now, they must find a cure for the poison before it's too late. Upon their search, they discover an underground secret that may be the answer to everything.

DARK OBLIVION is just as incredible as the first two books. There's everything in this one: grief, happiness, love, action, suspense, and secrets. Just like with the others, I couldn't put this one down. DARK OBLIVION is the epic conclusion to The Vampire Prophecy series and I love it. All of my questions are answered and I love the twists the plot takes.


Final Verdict: If you like the other two in the series, you're going to love this one. It's perfect for fans of vampires and paranormal romance with a twist of dystopian. This series will remain in my favorite vampire series section. 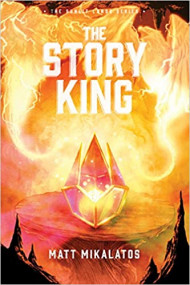