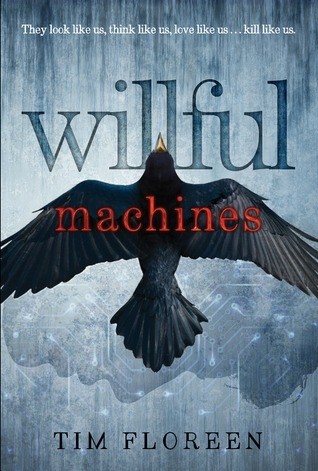 Here's the setup of my young adult sci-fi thriller Willful Machines: in a near-future America, conscious, self-aware machines have just become a reality, and it has people seriously freaked. Members of the newly formed Human Values Movement insist machines can never be considered truly alive, like humans, because humans have something special: free will. Unlike computers, people don't follow programs. Their actions and identities are up to them.

It sounds like a nice idea. But Human Values hardliners are now arguing seemingly fixed traits like sexuality are choices too. That's bad news for the book's main character, 16-year-old Lee Fisher, who happens to be both the son of the Human Values Movement's founder (now the President of the United States) and gay.

In writing my book, I drew inspiration for the Human Values Movement from certain real-world groups and individuals who also call sexuality a choice. According to a recent study by Pew Research Center, four in ten Americans continue to think being gay or lesbian is "the way some choose to live," and it always intrigues me how anyone could arrive at this belief. I don't know for certain, but I have a theory it all comes down to a failure of empathy. I'm guessing people who hold this view have a hard time wrapping their heads around the idea that someone else could be so fundamentally different from them, so they end up assuming LGBTQIA folks are just like them but have chosen to be different.​
Empathy is the ability to imagine yourself into another person's place, and people fail to do it all the time. I'm pretty sure you could trace a lot of the world's problems—maybe even most—to failures of empathy. Luckily, there's a cure: the novel. When you read a book, it plops you in someone else's shoes—often someone very different from you—and it takes you on a walk. And hopefully you become a more open-minded and compassionate person as a result. That's the novel's super power. Novels are empathy machines. It's even been scientifically proven! A couple years ago, Scientific American reported on a study that showed reading literary fiction markedly improved subjects' "ability to infer and understand other people's thoughts and emotions" and called fiction "a valuable socializing influence." So there you go. You can't argue with science. (Unless, of course, you still think sexuality's a choice.)​
Another cool thing about fiction: writing it can be just as mind-opening as reading it. As an author, I try to empathize with all my characters, including the ones whose motivations and values and beliefs differ radically from mine, because I know it's absolutely necessary if I want to make my characters convincing. When I wrote Willful Machines, I found Lee Fisher's dad, the Human Values guy, pretty unsavory. But I did my best to understand him and how he'd arrived at his worldview, and in the end, though I still didn't subscribe to his beliefs, I found myself caring about him.​
In my book, the new (and very cute) kid at Lee Fisher's boarding school, Nico Medina, has a thing for Shakespeare. He says when he acts in Shakespeare plays, the characters he portrays "might seem really different from me at first, but the more I read the lines and play the parts, the more I can relate to what they're feeling." Nico then quotes his drama teacher, who likes to say, "Reading Shakespeare helps us become more human." (Of course, to complicate matters, Nico may also be an android—which would mean he would really need to study his Shakespeare—but you'll have to read the book to find out more on that.)​
I'd go one step further and say reading just about any literature makes us more human. Especially the stuff written from a point of view far from our own. The novel's ability to foster empathy, to help us all understand each other a little better, is exactly what makes reading so important. It's also what makes the We Need Diverse Books movement so vital. Readers—especially younger ones—need to see themselves represented in fiction, and they need to see people very different from them there too. If you ask me, it's the only way we're ever going to learn how to coexist peacefully. And then when the conscious, self-aware robots do show up, we'll know exactly what to do with them too: just hand them a stack of novels. And maybe ask them if they'd like to write a few of their own.​

**This post orignally appeared at Diversity in YA and has been brought to you thanks to our partner, Cindy Pon! 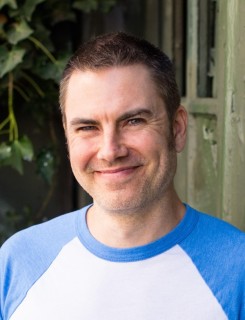 ​Tim Floreen lives in San Francisco with his partner, their two cat-obsessed one-year-old daughters, and their two very patient cats. In a starred review, Kirkus called Tim's first novel, Willful Machines,"gothic, gadgety and gay"—which is an accurate assessment. His second novel, Tattoo Atlas, comes out next year. You can find out more about Tim and his secret obsession with Wonder Woman on the Internet at timfloreen.com and on Twitter at @timfloreen. 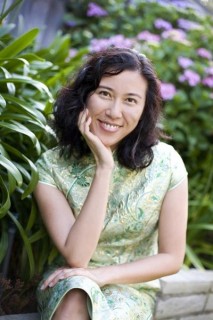 Cindy Pon is the author of Silver Phoenix (Greenwillow, 2009), which was named one of the Top Ten Fantasy and Science Fiction Books for Youth by the American Library Association's Booklist, and one of 2009′s best Fantasy, Science Fiction and Horror by VOYA. The sequel to Silver Phoenix, titled Fury of the Phoenix, was released in April 2011. Serpentine, the first title in her next Xia duology, will be published by Month9Books in September 2015. Cindy is also a Chinese brush painting student of over a decade. Visit her website at www.cindypon.com.​
Tweet