FANNING THE EMBERS OF FACT INTO FIERY FICTION:

How & Why I Write Historical YA Books

Historical fiction has always fascinated me. As a young reader, I remember sitting on a cushy winged-chair in a quiet, sunlit corner of the Eagle Pass Public Library getting lost in books about other times, other cultures. I was mesmerized by the period details, but more than that I was drawn to the fiery hearts of passionate characters who fought fiercely to save themselves in times of great strife.

Torches, lamps, roaring flames, these things are often found in historical fiction. They are the staple of books on revolution and change. But they are also things I came to associate with truth and passion. They were metaphorical representations of courage and conviction in the books I read, books that fanned the flame of my development as a writer who attempts to write to elucidate.

ALL THE STARS DENIED is a companion novel to Shame the Stars (Tu Books, 2016). It is the second installment in the family saga of the del Toros as they continue to struggle & flourish despite racism, prejudice, and other political adversities in the United States.  In this stand-alone book we meet Estrella, the eldest daughter of Joaquín and Dulceña del Toro (the protagonists from Shame the Stars). The year is 1931, and the Great Depression has brought about racial segregation in Monteseco and even more derision towards Mexican nationals living and working in the United States.

When Estrella organizes a march against the ill treatment of mexicanos in her divided town, she and her family are targeted and forcibly "repatriated" to Mexico. In one torch-lit sweep of Rancho Las Moras, Estrella loses her home, her citizenship, and her father.

The trials and tribulations Estrella and her mother, Dulceña, face as they attempt to return home to Texas with her little brother, Wicho, illustrates another difficult time for Mexican Americans in this country, for it is a matter of historical fact that in the 1930's the U.S. and Mexican governments worked together to repatriate over 1 million Mexicans & Mexican-Americans back to Mexico. It is also a sad fact that 600, 000 of these repatriates were born U.S. citizens.

Although I did a lot of research on the subject of repatriation during the 1930’s, I had to find ways of incorporating those facts effectively into the novel, and that’s where the art of fictionalizing historical events came into play.

I took inspiration from the books and articles I read as well as the first-person accounts of interviews on YouTube. The small mention of two thousand repatriates huddled together in the winter of 1931 in a corral behind the customs house in Ciudad Juárez in Francisco E. Balderrama’s 2006 book, Decade of Betrayal: Mexican Repatriation in the 1930s, outraged me, and I knew that the incident needed to become a scene in my novel. But I had no details of that occurrence, so I had to put myself in that position, envision the environment, craft the scenes, and give voice to the characters as best I could. I had to recreate it if I was going to bring the injustice of it all to light.

Throughout the creative process, I asked myself some hard questions. What is important here? Why do I need to depict this or that incident? At the heart of it all was my need to tell the truth intertwined with my frustration at the inhumane treatment of mexicanos and the demoralization of an entire group of people—mi gente.

Whatever else may fuel my writing in years to come, I know this one thing to be true: I will always write with passion. I will play with fire. I owe it to my loved ones! 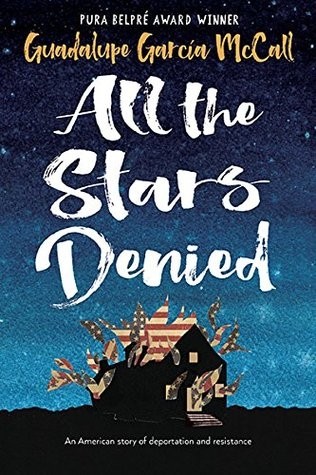 In a companion novel to her critically acclaimed Shame the Stars, Guadalupe Garcia McCall tackles the hidden history of the United States and its first mass deportation event that swept up hundreds of thousands of Mexican American citizens during the Great Depression. 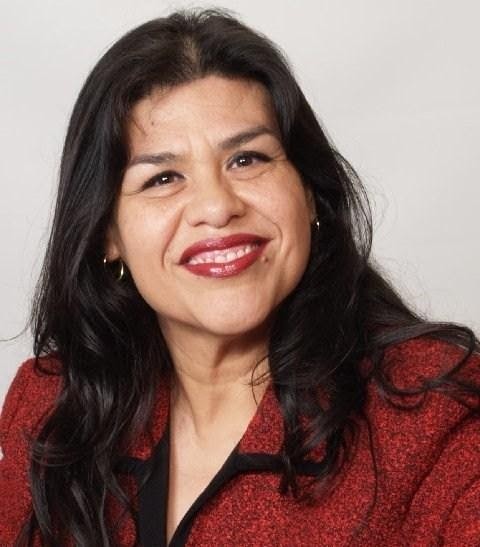 Guadalupe García McCall is the author of Under the Mesquite (Lee and Low Books, 20111), a novel in verse, which received the prestigious Pura Belpre Author Award, was a William C. Morris Finalist, and was included in Kirkus Review’s Best Teen Books of 2011, among many other accolades. Her second novel, Summer of the Mariposas (Tu Books, 2012), won a Westchester Young Adult Fiction award and was a finalist for the Andre Norton Award for Young Adult Science Fiction and Fantasy. Her third novel, Shame the Stars (Tu Books, 2016), is a Commended Title for the América’s Book Award and was chosen as Texas' Great Reads by the Center for the Book in affiliation with Texas State Library and Archives Commission. Her 4th novel, All the Stars Denied, was just released from Tu Books this fall and has already received a School Library Journal starred review. She is an Assistant Professor at George Fox University and lives with her husband in the Pacific Northwest. 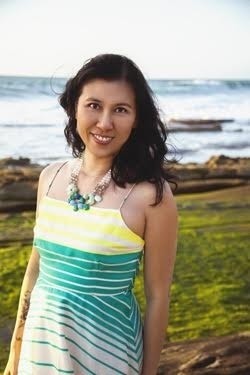 Cindy Pon is the author of Silver Phoenix (Greenwillow, 2009), which was named one of the Top Ten Fantasy and Science Fiction Books for Youth by the American Library Association’s Booklist, and one of 2009′s best Fantasy, Science Fiction and Horror by VOYA. Her most recent novel, Serpentine (Month9Books, 2015), is a Junior Library Guild Selection and received starred reviews from School Library Journal and VOYA. The sequel, Sacrifice, releases this September. WANT, a near-future thriller set in Taipei, will be published by Simon Pulse in summer 2017. She is the co-founder of Diversity in YA with Malinda Lo and on the advisory board of We Need Diverse Books. Cindy is also a Chinese brush painting student of over a decade.

Learn more about her books and art http://cindypon.com.