May 02 Posted by Kayla King, Staff Reviewer in News & Updates When I was a child, my mother warned us against playing with Ouija boards. I had no idea what a séance was, but I knew what horoscopes were and those were forbidden, too. My Afro‐ Caribbean father rarely spoke about his childhood in Nevis, and only revealed in his memoir that his grandmother used to make him read Alice in Wonderland, which he loathed. Both of my parents belonged to the Pilgrim Holiness Church, and magic wasn't generally permitted in their fundamentalist Christian world (my aunt loves my books but still thinks Harry Potter leans toward the demonic).

If either of my parents had taken an interest in the books I read as a child, I might not have become a writer of fantasy fiction. But aside from Ouija boards and horoscopes, not much else was banned in my home. I couldn't listen to the radio on Sunday, but my siblings and I were allowed to gather around the TV at 5pm to watch The Wonderful World of Disney. Tinker Bell and The Sorcerer's Apprentice formed my introduction to magic. I later devoured the Narnia books, and sent librarians on dusty basement expeditions in my quest to read everything by Frances Hodgson Burnett. I loved all things British—with or without fairy dust—and there was plenty to consume since I grew up in a former British colony (Canada). By the time I started to write seriously in high school, my imagination had been completely colonized. In my first creative writing class, I wrote about a white child having a fantastic adventure because I’d never read a book or seen a film where a Black child took center stage. I knew we could feature in historical dramas about slavery and civil rights, but I’d never seen a girl like me handling magic. Young women today can rock a t‐shirt proclaiming “Black girls are magic” (I have one!) but when I was growing up, nothing in my world affirmed that fact. I am 43 now and the process of “decolonizing my imagination” continues. At times I look to other scholars to help me theorize my experience (I especially like Celestine Woo’s “mythology of displacement”), and then I sit down at my desk and try to write stories that will spare kids of color the traumatic effects of being erased by the books they love. In my time‐travel novel A Wish After Midnight and its sequel The Door at the Crossroads, I write about Afro‐ urban magic—practices that originated in West Africa and were preserved but also modified by enslaved people who survived both the appalling journey across the Atlantic and generations of brutal bondage in the Americas. When I

searched for a time‐travel device to send two Black teens back to 1863, I thought about The Middle Passage. How could I make something so horrific into something magical? Would that kind of alchemy dishonor my ancestors or could it enthrall a new generation of Black youth, letting them know that magic can happen to anyone, anywhere—even the most oppressed?

The Door at the Crossroads allows sixteen‐year‐old Genna Colon to open a portal between two worlds, but as in my other fantasy novels, the story doesn’t offer a perfect escape from hardship or conflict. Instead, magic leads to a deeper engagement with the historical and contemporary contradictions of US society. Time travel allows readers to compare two different eras, and for the protagonists in my novel, it’s not always easy to find proof of progress. Genna and Judah trust their hearts to guide them, but in the end they realize that even love can be a form of enslavement.

I am no longer a girl, but I am a Black woman who knows how to make magic. Black girls face many challenges on the path to womanhood, but I hope my books—and my unique journey as an author—can serve as an example of possibility and perseverance. I keep this poem by Lucille Clifton on my bulletin board because it reminds me that Black women writers are not only magical, but something like a miracle:

won’t you celebrate with me

what i have shaped into
a kind of life?

i had no model.

both nonwhite and woman

what did i see to be except myself?

i made it up

here on this bridge between

my one hand holding tight

my other hand; come celebrate

with me that everyday

something has tried to kill me

*This post originally appeared at DIVERSITY IN YA, and has been brought to you thanks to our partner, Cindy Pon!* Born in Canada, Zetta Elliott moved to the US in 1994 to pursue her PhD in American Studies at NYU. Her essays have appeared in The Huffington Post, School Library Journal, and Publishers Weekly. She is the author of twenty-three books for young readers, including the award-winning picture book Bird. Her urban fantasy novel, Ship of Souls, was named a Booklist Top Ten Sci-fi/Fantasy Title for Youth. Three books published under her own imprint, Rosetta Press, have been named Best Children's Books of the Year by the Bank Street Center for Children's Literature. Rosetta Press generates culturally relevant stories that center children who have been marginalized, misrepresented, and/or rendered invisible in traditional children’s literature. Elliott is an advocate for greater diversity and equity in publishing. She currently lives in Brooklyn. 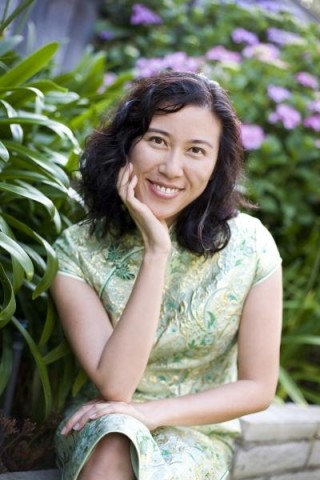 Cindy Pon is the author of Silver Phoenix (Greenwillow, 2009), which was named one of the Top Ten Fantasy and Science Fiction Books for Youth by the American Library Association's Booklist, and one of 2009′s best Fantasy, Science Fiction and Horror by VOYA. The sequel to Silver Phoenix, titled Fury of the Phoenix, was released in April 2011. Serpentine, the first title in her next Xia duology, will be published by Month9Books in September 2015. Cindy is also a Chinese brush painting student of over a decade. Visit her website at www.cindypon.com.​