It's Live!! Cover Reveal: Willa Of The Wood (Robert Beatty), Plus Giveaway ~ (US Only) Willa Of The Wood by Robert Beatty,

Before we get to the cover, here's a note from Robert:

“I couldn't be more excited to introduce Willa, an enigmatic girl of the forest with who is as brave and determined as she is curious and compassionate. When I first saw this beautiful cover, created by the artist Minty Fresh Mangoes and designed by Maria Elias, I knew it was absolutely perfect for the book. The enchanted forest flawlessly captures the magical world and the depiction of Willa, a nightspirit with powers derived from the forest, is spot-on. I also love her kinship with the wolf, as they are both of the forest and united in their purpose.

Like the Serafina series, Willa of the Wood is set in a real place with vibrant history--the Great Smoky Mountains National Park. I have enjoyed learning more about this beautiful corner of the world and I'm excited for readers to explore this new setting while returning to the familiar world of my first series. Willa is a brand new story with new characters, but I will say fans of the Serafina will soon find themselves reunited with old friends!” please include a courtesy link back to this page so that others can enter Robert's giveaway. Thank you! ***

Willa Of The Wood
By: Robert Beatty

Willa, a young nightspirit of the Great Smoky Mountains, is her clan’s best thief. She creeps into the homes of day-folk in the cover of darkness and takes what they won’t miss. It’s dangerous work—the day-folk kill whatever they do not understand. But when Willa’s curiosity leaves her hurt and stranded in a day-folk man’s home, everything she thought she knew about her people—and their greatest enemy—is forever changed. 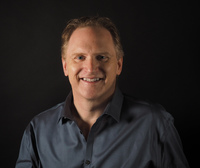 ROBERT BEATTY lives in the mountains of Asheville, North Carolina, with his wife and three daughters. He writes full-time now, but in his past lives he was one of the pioneers of cloud computing, the founder/CEO of Plex Systems, the co-founder of Beatty Robotics, and the CTO and chairman of Narrative magazine. Visit him online at www.robert-beatty.com and on Twitter @BeattyAuthor.

It's Live!! Cover Reveal: The Dangers Of Dating A Diva series! Plus Giveaway! ~ (US Only)

It's Live!! Cover Reveal: But For The Mountains (Erin Riha), Plus Giveaway! ~ (US Only)

The cover and synopsis look and sound very intriguing!

This sounds like a very interesting story with a beautiful cover. Very excited to read!

0
This sounds like a very interesting story with a beautiful cover. Very excited to read!
Cancel Update Comment

This is something to look forward to! Love the cover!

0
This is something to look forward to! Love the cover!
Cancel Update Comment

I ❤ the cover art! Its very whimsical

0
I ❤ the cover art! Its very whimsical
Cancel Update Comment

The cover is so full of childlike wonder. I adore it

0
The cover is so full of childlike wonder. I adore it
Cancel Update Comment

The cover is really beautiful. The story sounds original and magical.

The book cover looks great! Willa sounds like a great character and, I can't wait to read her adventure!

0
The book cover looks great! Willa sounds like a great character and, I can't wait to read her adventure!
Cancel Update Comment

I love the cover, and it sounds like a great book!

I love the cover and it sounds fun to read.

0
I love the cover and it sounds fun to read.
Cancel Update Comment
Previous     Next
1 2
How to resolve AdBlock issue?
X