Check out this Exclusive Excerpt from Frankie & Bug by Gayle Forman! Read on for more about Gayle and an exclusive excerpt from Frankie & Bug! 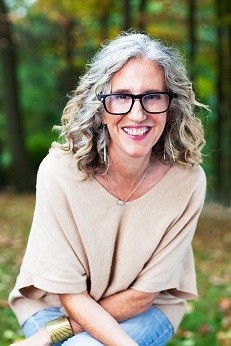 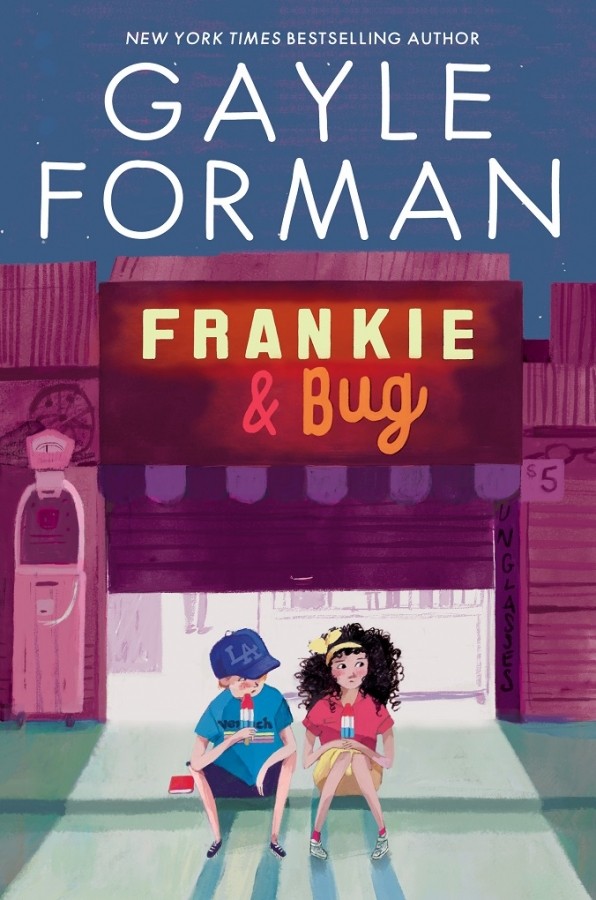 Praise for The FRANKIE & BUG:

"I knew I would like Frankie and Bug from the moment I started reading it. What I didn’t know is how much I would end up loving it (a realization that hit me about halfway through the book, when it took a turn I didn't see coming). This joyful, occasionally heartbreaking, deeply moving thrill ride through the 80s has it all: a mystery to solve, boy bands, and the tender surprise of new friendships. I didn’t want it to end.”

"This wonderful, bighearted book has everything a bored eleven-year-old could ask for: from ice cream and roller-skating to tabloid murders and family secrets. After you spend the summer with Frankie and Bug and their colorful costars, you'll want to go back to Venice Beach every year. Gayle Forman, please make me another!"

"A beautiful and tender story about the discovery of a powerful friendship, starring two fantastic kids and one extraordinary family."

"Through Bug’s innocent perspective, Forman illuminates the pains and injustices suffered by so many, and readers will avidly watch this young girl stand up to skinheads and relatives, discovering that “family” are those who have your back, loving you without conditions, and allowing you to be who you are. The characterizations, setting, and messaging are genuine and heart-tugging, making this a must-read."

"During a summer of change and big realizations, Bug learns vital and sometimes painful lessons about the power of embracing her true self and meeting people where they are. Forman (We Are Inevitable) tenderly depicts a girl whose understanding—of identity, sexuality, and prejudice—is rapidly expanding, and whose chosen family provides a safe, loving space in which to navigate her experiences and learn to show up as an ally."

THE ADDRESS VANESSA HAD given them was for one of the junk shops on Abbot Kinney, which was where he worked. Or she. Bug wasn’t sure which one to use. With Frankie it was easy, obvious. With Flo, less so.

Frankie shrugged. “Ruder than calling someone the wrong thing?”

The clerk in the shop directed Frankie and Bug to the back, where Flo was going through a box of clothes. There was no spangled unitard, just jeans and a tank top. No hot-pink wig, just

a smooth shaved brown head. But even without makeup and a wig, Flo was something to see.

“Sorry,” Bug apologized, feeling dumb. She was accustomed to unusual people in Venice.

“Close your mouth, before you swallow a fly,” Flo told Frankie, but it was said with a smile.

Mama was from Visalia. Phillip and Frankie from Ohio. Bian from Vietnam. Was anyone in Venice from Venice?

“Are you a he or a she?” Bug blurted out when Frankie failed to ask the pressing question.

“That depends on the day,” Flo replied breezily, shaking the dust out of a paisley dress. “So what can I help you two with?”

“That so?” Flo said with a slight smile. “What kind of crime? Someone steal your roller skates?”

“Someone beat up my uncle,” Frankie said.

“Who is gay,” Frankie added.

Flo’s mouth curled into a frown. “I’m very sorry to hear that.”

“We’re trying to figure out if he was beat up because he was gay,” Bug explained.

“Why else would he be?” Flo replied.

“For money,” Bug said. “Or because the person who beat him is a psychopath like the Midnight Marauder.”

“If I hear one more word about the Midnight Marauder, I’m gonna maraud someone myself,” Flo said with an exasperated sigh. “We’re being beaten up left and right, but do you hear about that on the news? No, you don’t.”

Frankie and Bug looked at each other. Frankie’s hunch was right.

“All manner of queers, but the gay men getting it worst right now.”

“Oh, folks don’t need a reason. Old as time to beat on what you don’t understand. But with AIDS, it’s given them all a mission.”

Plague. That was what Aunt Teri had said.

“It’s a disease killing our people. And if it weren’t enough our own bodies are attacking us, we got actual people attacking us too.” Flo’s tone softened. “I’m sure your uncle will be fine.”

“So do you think being gay is why he got beat up?” Bug pressed.

“I’d be surprised if it were any other reason. It’s open season on queers.”

“In some circles, I suppose, but I mean it as a term of love for gays, lesbians, bisexuals, transsexuals.” Flo tossed the quickest look at Frankie before adding, “You know, all us folk . . .”

At the us folk, Bug’s breath caught. Did Flo know? Would Frankie be upset? She glanced over. Frankie didn’t look upset. He had a funny little half smile on his lips. His eyes were open and shining.

“Is that what I am?” he asked in a quavering voice.

“It’s not what you are, it’s who you are. And that’s up to you. But I know plenty like you who call themselves transsexual.”

“Transsexual,” Frankie repeated. “So there is a word for it.”

“Oh, honey, there’s a word for everything on God’s green earth. And if there isn’t, we can just make one up.”

“And there are other people? Like me?” Frankie asked in a halting voice.

Flo laid a manicured hand on Frankie’s shoulder. “Sweet boy. More than you could ever imagine.”

Author Chat with Katherine Battersby (Cranky Chicken), Plus Giveaway! ~ (US Only)