Hello & Welcome, YABC is excited to be a part of the BLACKBIRD blog tour! Check out today's feature below & enter to win a signed copy of BLACKBIRD! 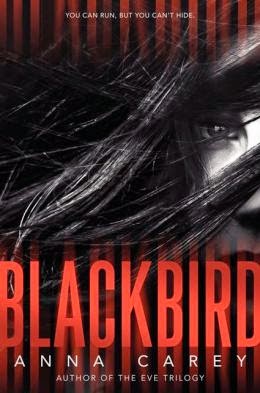 Add it to Goodreads

A girl wakes up on the train tracks, a subway car barreling down on her. With only minutes to react, she hunches down and the train speeds over her. She doesn’t remember her name, where she is, or how she got there. She has a tattoo on the inside of her right wrist of a blackbird inside a box, letters and numbers printed just below: FNV02198. There is only one thing she knows for sure: people are trying to kill her.

On the run for her life, she tries to untangle who she is and what happened to the girl she used to be. Nothing and no one are what they appear to be. But the truth is more disturbing than she ever imagined.

Action, suspense, mystery and thrills, BLACKBIRD has it all!

I enjoyed the fast pace, the plot twists and turns and how we learned everything at the same time the MC did. The second person POV took some getting used to, but the story was well-written, intriguing and kept me guessing right up to the very end.

Great start to the series!

The Places That Inspired BLACKBIRD

Many of the settings in Blackbird were inspired by real places in Los Angeles, where I currently live. Here a few spots you’ll find yourself. Where the opening scene of the book takes place. You wake up on the subway tracks, a backpack between your feet. You can’t move. As the train barrels over you, you can’t even remember your name. You’re sitting in a booth in the corner when you notice a man watching you. He knows you—but from where? You stand, go to the door, and he follows you, chasing you out into the street. Where you meet one of the men who is tracking you. He says he doesn’t know who you are, but you’re not certain you can believe him. Why has he been following you? What does he know about the woman who was trying to kill you? Where you stay after you are framed for robbery. You’re hiding out from the police, scared they’ll show up at your door at any moment. How long do you have until you’re brought in for a crime you didn’t commit? You need to leave town, to get as far away from Los Angeles as possible. You don’t have a real ID. There’s no way to get a plane ticket. You head downtown to the train station, hoping to head out that night. 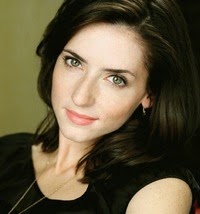 Anna Carey is the author of The Eve Trilogy (Eve, Once, Rise) and the forthcoming Blackbird series, which hits shelves September 16th, 2014. She studied creative writing at NYU and has an MFA in fiction from Brooklyn College. She likes miniatures, subway generated wind, flea markets, chalkboard silhouettes, dance-offs, arnold palmers, Chinese finger traps, and top-of-your-lungs car singing. She dislikes pennies, paper receipts, and tunafish. For delayed response times, please contact her through this site. For instant gratification, please find her on twitter. @AnnaCareyBooks

Thank you to Anna, each stop will be giving away 1 SIGNED copy of BLACKBIRD! Be sure to follow each stop linked above to enter to win!.

Blog Tour Stop Giveaway: THE LAW OF FINDERS KEEPERS (US Only)

I absolutely cannot wait to read this book!! I just loved her first trilogy

This book sounds SO unique and interesting! I don't know that I have ever read a second person POV before, and the whole synopsis just sounds great!

0
This book sounds SO unique and interesting! I don't know that I have ever read a second person POV before, and the whole synopsis just sounds great!
Cancel Update Comment
How to resolve AdBlock issue?
X