Behind the Scenes of Indie Publishing with Julie Moffett

At YABC we work closely with a lot of Indie authors. Some are best sellers and some are just starting out, and many more fall in the middle of that spectrum. Today we are excited to introduce you to Julie Moffett, Author of White Knights. She brings us a peek into the world of hybrid publishing.

My name is Julie Moffett and I’m a hybrid author. It sounds funny to say that—like I’m an alien from another planet or something. But all that means is that I’m both traditionally published and an indie publisher. I’m all for assessing the best business options and availing myself to a variety of opportunities. I have no intention of keeping all of my eggs in one basket, but everyintention of getting the best of both worlds. 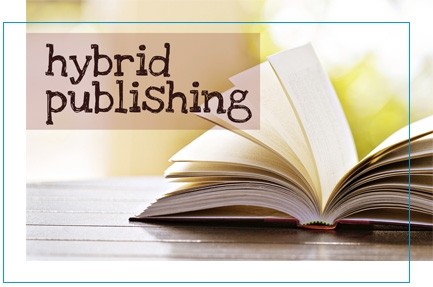 Publishing has changed a lot over the last 25 years. I published my first book, a historical romance, back in 1993. Traditional publishing was the only way to go back then. I didn’t have an agent for my first sale. I just wrote the book, sent the manuscript in cold to several publishing houses, crossed my fingers, and waited. It wasn’t the best way to go about things as my manuscript went straight to a slush pile, which is where all unsolicited manuscripts went. Aspiring authors could wait anywhere from 1-2 years before someone even picked your manuscript out of the slush pile, let alone read it. I was one of the lucky ones. I had a response from a NY publishing house in about two weeks after I submitted. When the publishing house called me with an offer, I was stunned. After that book, I obtained an agent, which at the time, was easier to do with a sold book under your belt. I became a lot wiser. Still, back in those days, the system was ironclad. You wrote a book. You needed an agent. Your book either got accepted or rejected. Editors came and went. For my first 4 books, I had four different editors. Write book, repeat cycle. That’s how it went.

When the indie movement came along, a lot of people didn’t think it would last. Authors who published their own books were considered sub-par or somehow unworthy. They were excluded from national writing organizations, unable to apply for awards, and were not invited as conference speakers. Those pioneer authors pressed on anyway, and laughed at the naysayers all the way to the bank. I watched this with fascination. The control the indie authors had over their own careers was heady, but the work they had to put into it was intimidating.

Along came the hybrid author. A hybrid author is one who is willing to work with a traditional publishing house on some projects, and chooses to self-publish on others. It’s a combination that is flexible and can be favorably structured to fit the author. Imagine that—something that favors the author! Some of the benefits of signing with a traditional publisher are solid editing, good book design, and a marketing team with business savvy and a wide reach. Many traditional publishers offer you the chance to have your books in actual bookstores. You may also have a better chance of being reviewed in national or well-known publications, and your publisher will likely handle foreign rights, audio books, and film/television adaptations. Also, although it’s slowly changing, traditionally published books also have tended to garner more respect for the author.

So, what can being an indie author offer? Total control. Control over the publishing schedule, the cover, the content, the branding, and so on. Any money you make after earning back your initial investment is sheer profit. Indie authors can also negotiate their own foreign rights, create their own audiobooks and now, even have their books placed in bookstores. But the time investment is considerable on a number of fronts. Marketing, formatting, editing, advertising, outreach. It is a huge initial investment to learn the ropes and implement everything, most of the time, by yourself. It can be exhausting. 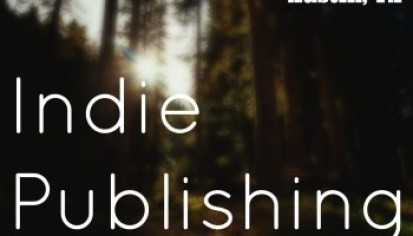 So, for a lot of authors, going hybrid makes since. Twenty five years later, since I sold my first book, I’m a hybrid author. I write the award-winning, geeky Lexi Carmichael mystery series for Harlequin’s Carina Press. The 11thbook in the series, NO STONE UNTURNED will be out in January 2019. But I’ve also self-published a YA spin-off of the series, a computer, spy, adventure series featuring ace hacker Angel Sinclair, titled WHITE KNIGHTS. The first book came out in December of 2017, and the next book, KNIGHT MOVES, is out in the Fall of 2018. Both series are doing well, complimenting each other, and making this author’s business model a little more well-rounded.

The truth is there is no oneway to become an author. Traditional publishing has its pluses, and so does indie publishing. A hybrid author has a bit of the best of both worlds, but it also means juggling two paths, which isn’t always easy. For some, walking two roads is a slam-dunk in terms of business and investment. For others, it can be a stressful and time consuming venture. For those of you considering the pros and cons of a hybrid path, be sure to take time to investigate all the pros and cons, then decide if the hybrid path is right for you!

Julie Moffett is a bestselling author and writes in the genres of mystery, young adult and historical romance and paranormal romance. She has won numerous awards, including the 2014 Mystery & Mayhem Award for Best YA/New Adult Mystery, the prestigious 2014 HOLT Award for Best Novel with Romantic Elements, a HOLT Merit Award for Best Novel by a Virginia Author (twice!), the 2016 Award of Excellence, a PRISM Award for Best Romantic Time-Travel AND Best of the Best Paranormal Books of 2002. Sign up for Julie’s newsletters (about 5 a year) for a chance at prizes and free books at her website: www.juliemoffett.com.You can also follow her onFacebook,Twitter, or Instagram.She also has an awesome Facebook group of voracious readers who love to talk books, geeks, and everything in between. Come join us here! 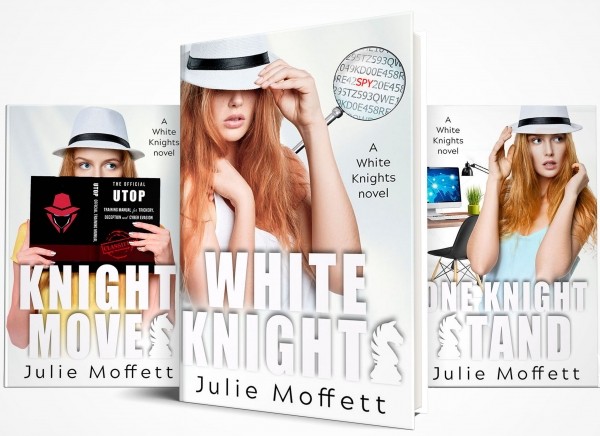 Geek Girls Rule!My name is Angel Sinclair. I'm the youngest senior at Excalibur Academy for the Technologically Gifted and Talented in Washington, DC. I was pushed ahead a year because of my high IQ and considerable prowess behind the keyboard, making me an outcast even among my own peers. I've been looking for my dad all my life. A brilliant mathematician and cryptographer, he disappeared under mysterious circumstances when I was eighteen months old. Although my mom tells me I must put him in my past, it only makes me more determined to find out what happened to him. When weird accidents start happening at my school and the vice principal is involved in a deadly incident, I don't see it as a coincidence. After launching my own investigation, with the aid of an unexpected set of allies calling themselves the White Knights, I discover a threat far greater than I ever could have imagined. I could take my discoveries to the authorities, but my own investigative methods would be at risk. Can anyone say hacking? No, it's up to me to set things right. My objectives are straightforward: clear the name of the vice principal, learn the truth about my father, and stay alive. In other words, save the day and try not to look too much like a dork while doing it.

YABC's Around the World in 30 Days with Joshua Winning of London, England, plus giveaways

YABC's Around the World in 30 Days with C.D. Gorri of New Jersey, plus giveaways

YABC's Around the World in 30 Days with Karen Tomlinson of the United Kingdom, plus giveaways