Today we welcome Valynne E. Maetani to YABC! Ink and Ashes, Maetani's new suspense-filled mystery, has everything needed for a knockout debut! This novel centers around a mystery involving the Yakuza (Japanese Mafia) and Valynne is here to share the top five interesting facts about this group! 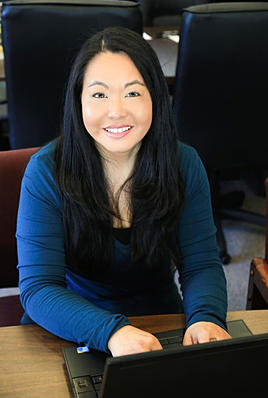 Valynne E. Maetani grew up in Utah and obtained a Bachelor's degree from the University of Pennsylvania. In a former life, she was a project manager and developed educational software for children with learning disabilities. Currently, she is a part-time stage mom, part-time soccer mom, and full-time writer. Her debut novel, Ink and Ashes, is the winner of the New Visions Award 2013 and a Junior Library Guild 2015 selection. Maetani is a member of the We Need Diverse Books team and is dedicated to promoting diversity in children's literature because all children should grow up believing their stories deserve to be told.

Claire Takata has never known much about her father, who passed away ten years ago. But on the anniversary of his death, she finds a letter from her deceased father to her stepfather. Before now, Claire never had a reason to believe they even knew each other. Struggling to understand why her parents kept this surprising history hidden, Claire combs through anything that might give her information about her father . . . until she discovers that he was a member of the yakuza, a Japanese organized crime syndicate. The discovery opens a door that should have been left closed. The race to outrun her father’s legacy reveals secrets of his past that cast ominous shadows, threatening Claire, her friends and family, her newfound love, and ultimately her life. Winner of Tu Books’ New Visions Award, Ink and Ashes is a fascinating debut novel packed with romance, intrigue, and heart-stopping action.

And now, here are five things you need to know about the Yakuza!

1. Yakuza members are known for their colorful tattoos, irezumi. The traditional method involves manually inserting the ink under the skin.

Originally, however, the tattoos and the yakuza date back to early17th century Japan when prisoners were tattooed by authorities to mark them as criminals. Early yakuza members were often part of groups involved in illegal activities and began to add to their existing prison tattoos to show their affiliation with the organization.

2. While the yakuza’s activities are often illegal and secret, organized crime syndicates are, unlike other countries, not banned in Japan.

There are many yakuza groups and some of these organizations have had offices at times with signs displaying their name or emblem.

(This yakuza office is actually right next door to a police station.)

(The Kumagai Gumi Tokyo gang is part of one of the largest organizations, the Inagawakai, whose emblem is above them.)

3. The yakuza are known for engaging in sokaiya, a form of extortion or blackmail.

Small groups or the crime syndicate buy enough shares in a corporation so they can attend shareholder’s meetings. Since Japanese people fear shame more than anything else, these groups then dig up dirt and find ways to humiliate the executive leadership. To ensure annual meetings run smoothly, companies are willing to pay off the yakuza in all kinds of ways, including donations to fake charities, paying exorbitant subscription fees for useless magazines or buying tickets to yakuza events at ridiculously inflated prices. 4. While the yakuza are known for operating through extortion and sometimes violent methods, they are also known for helping those most in need.

Their code of honor, ninkyo, forbids them from allowing others to suffer. When an earthquake occurred off the coast of Tohoku on March 11, 2011, it triggered one of the largest tsunamis in Japan’s history. The waves caused extensive damage to roads, railways, and nuclear reactors, but the yakuza were one of the first to arrive with relief, including food, blankets, water, and other supplies. 5. Women are very rarely members of the yakuza because they are marginalized. Usually they are relegated to nothing more than servants, and even the wives and daughters of leaders are not spared this treatment.

However, there is one exception, Fumiko Taoka, who was the wife of Kazuo Taoko, the yakuza boss of Yamaguchi­gumi, the largest clan. When Kazuo died of a heart attack in 1981, it created a power vacuum because the new leader would be chosen from eight men who were the next highest in rank. Fumiko stepped in to act as oyabun, godfather, and is the one of the only females in history to have done so. She ran the clan for several months until a new leader was chosen.

What happens when Claire Takata uncovers her father’s hidden past? Read Ink and Ashes to find out! And for more information about Valynne E. Maetani and her writing, visit her website HERE!