Author Of The Week: Spotlight on Julie Kagawa (Soul Of The Sword)! Each week we will be spotlighting a different YA author and highlighting their upcoming release! 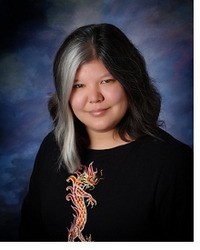 Julie Kagawa, the New York Times bestselling author of the Iron Fey, Blood of Eden, Talon, and Shadow of the Fox series was born in Sacramento, California. But nothing exciting really happened to her there. So, at the age of nine she and her family moved to Hawaii, which she soon discovered was inhabited by large carnivorous insects, colonies of house geckos, and frequent hurricanes. She spent much of her time in the ocean, when she wasn’t getting chased out of it by reef sharks, jellyfish, and the odd eel.

When not swimming for her life, Julie immersed herself in books, often to the chagrin of her schoolteachers, who would find she hid novels behind her Math textbooks during class. Her love of reading led her to pen some very dark and gruesome stories, complete with colored illustrations, to shock her hapless teachers. The gory tales faded with time, but the passion for writing remained, long after she graduated and was supposed to get a real job.

To pay the rent, Julie worked in different bookstores over the years, but discovered the managers frowned upon her reading the books she was supposed to be shelving. So she turned to her other passion: training animals. She worked as a professional dogtrainer for several years, dodging Chihuahua bites and overly enthusiastic Labradors, until her first book sold and she stopped training to write full time.

Julie now lives in North Carolina with her husband, two obnoxious cats, and a pair of Australian Shepherds that have more Instagram followers than she does.

Meet Soul Of The Sword! 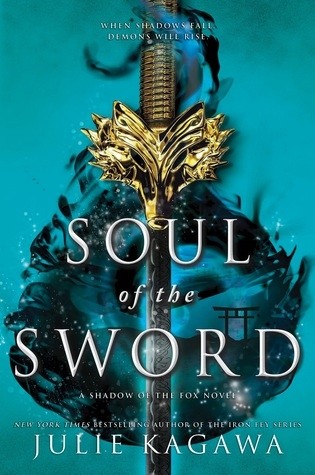 Soul Of The Sword

Author Of The Week: Chat with Amber Smith (The Last To Let Go), Plus Giveaway!!