Author Of The Week: Chat with Tara Goedjen (No Beauties or Monsters), Plus Giveaway! ~ (US Only) 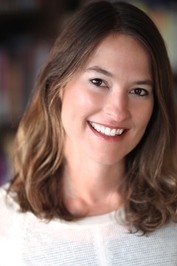 Tara Goedjen never stays in one place for long. She has worked as a fiction editor in Australia, as a tennis coach in Spain, and she wrote her latest YA book, NO BEAUTIES OR MONSTERS, on the island of Guam and in the desert of New Mexico. She currently lives with her family in a rainy corner of Washington, where she loves writing about anything mysterious. To find out more about Tara's novels, follow @TaraGoedjen on Instagram or say hello at taragoedjenauthor.com. 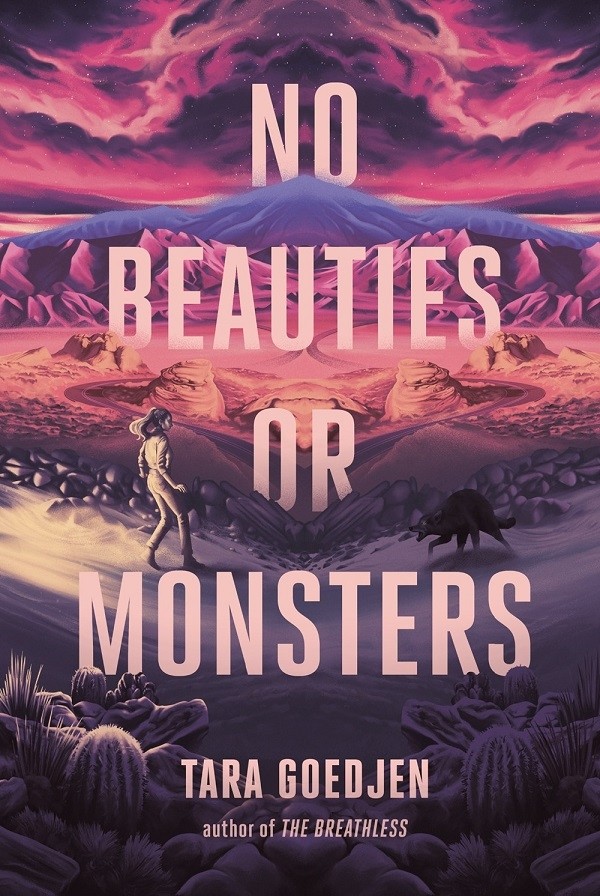 Rylie hasn't been back to the military base in Twentynine Palms since her father died. She left a lot of memories out there, buried in the sand of the Mojave Desert. Memories about her dad, her old friends Nathan and Lily, and most of all, her enigmatic grandfather, a man who cut ties with Rylie’s family before he passed away. But her mom’s new work assignment has sent their family to Twentynine Palms again, and now, Rylie’s in the one place she never wanted to return to.

I’ve always been a huge fan of legends and lore. Ghost stories, unsolved mysteries, UFOs, you name it. While I was living in California, I went on a road trip to Death Valley and I knew immediately that it would be the setting of my next book. I picked the desert not only because of its extreme landscape—which inherently means both adventure and danger—but because of the legends there: from rumors of buried bodies to strange military experiments to secret occult rituals.

What I love most about the characters in NO BEAUTIES OR MONSTERS are the sibling relationships: the loyalty between Rylie and her little brother, Owen -- both who share a love of rock climbing -- and the growing trust between Rylie and her stepbrother, Kai -- who has a very good reason for avoiding the outdoors.

The novel came first, but the title, NO BEAUTIES OR MONSTERS, perfectly sums up the inner doubts and outer threats that nearly every character faces in the book. I like writing complicated characters; characters with secrets, characters who can surprise us.

There’s a very poignant scene that takes place between Rylie and another character toward the end of the book. I can’t go into it because of spoilers, but the moment itself represents something that is very dear to Rylie—it’s a scene that anyone would treasure, I think—and reading it still makes me want to cry.

When you’re drafting, find a way to make it fun, because your joy will come through in your writing. For example, one of my favorite things to do is to layer a world with interesting, eerie anecdotes about the setting. I also like jumping ahead to write scenes that are filled with discovery, like the first time a character opens the door to a strange cabin in the desert.

I absolutely love the illustration that Jack Hughes did for the cover. It captures the vibe of NO BEAUTIES OR MONSTERS so well: the eerie sky, the dark desert, the girl in the headlights, the eyes staring back at her…

My most anticipated 2021 release was WHITE SMOKE by Tiffany D. Jackson, which just came out in September, and has been compared to THE HAUNTING OF HILL HOUSE—a book that has most certainly influenced my writing. I’ve also been looking forward to Karen McManus’s latest new release, YOU’LL BE THE DEATH OF ME. In a lot of ways, NO BEAUTIES OR MONSTERS is a mix of both the speculative and the murder mystery, which are two of my favorite genres to read.

Actually, I had the most trouble with one of the plot twists. The original idea that I had wasn’t working, and then one day the solution came to me all at once—like I had somehow downloaded it, whole and complete, from the ether. The whole experience felt very surreal. Or like something from a spec-fic novel. ;)

Drafting is fun because you can track your progress with your word count, which feels very satisfying. NO BEAUTIES OR MONSTERS was tough to revise because I had too much material – there were so many strange and creepy rumors about the Mojave Desert that I wanted to include, but there wasn’t room for all of them.

My dreams. I’ve always had very vivid dreams and I love it when I’m able to lucid dream (that experience of realizing you’re in a dream and then starting to influence the dream itself). There’s still so much that scientists don’t know about the dream state, or about the subconscious mind, which is why I loved writing the scenes in NO BEAUTIES OR MONSTERS that deal with memory recollection through hypnosis.