Author Of The Week: Chat with Shelby Mahurin (Serpent & Dove), Plus Giveaway! ~ (US Only) 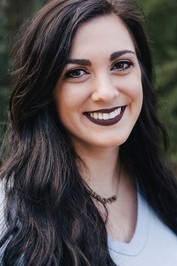 Shelby Mahurin grew up on a small farm in rural Indiana, where sticks became wands and cows became dragons. Her rampant imagination didn't fade with age, so she continues to play make-believe every day—with words now instead of cows. When not writing, Shelby watches the Office and obsesses over her Twitter feed. She still lives near that childhood farm with her very tall husband, semi-feral toddlers, two dogs, and one cat.
​
Shelby's favorite books include A Court of Mist and Fury by Sarah J. Maas, Uprooted by Naomi Novik, The Night Circus by Erin Morgenstern, and, of course, Harry Potter.
​
Her debut novel, SERPENT & DOVE, will release from Harper Teen in Fall 2019, with a sequel to come the following year. She is represented by Sarah Landis of Sterling Lord Literistic. 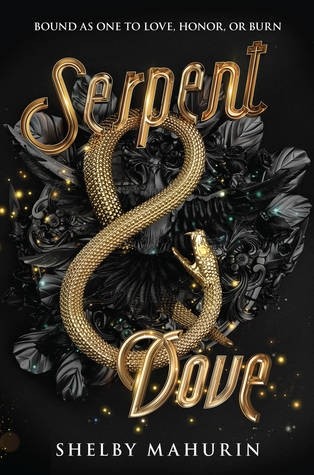 Bound as one to love, honor, or burn.

Two years ago, Louise le Blanc fled her coven and took shelter in the city of Cesarine, forsaking all magic and living off whatever she could steal. There, witches like Lou are hunted. They are feared. And they are burned.

Sworn to the Church as a Chasseur, Reid Diggory has lived his life by one principle: thou shalt not suffer a witch to live. His path was never meant to cross with Lou's, but a wicked stunt forces them into an impossible union—holy matrimony.

The war between witches and Church is an ancient one, and Lou's most dangerous enemies bring a fate worse than fire. Unable to ignore her growing feelings, yet powerless to change what she is, a choice must be made.

And love makes fools of us all.

The first little spark for Serpent & Dove came to me after watching an episode of Outlander in Season 2. It was called “La Dame Blanche.” In the episode, Jamie admits in passing to calling Claire a “dame blanche,” or white lady, and it’s a term other characters in the show seemed to respect, if not fear. Intrigued, I did a quick Internet search on these infamous women in white, and it revealed them to be anything from vengeful spirits to witches. Fascinated now instead of intrigued, I hoped to find a novel or two—preferably YA fantasy—written about them. When none popped up, I decided to write one myself!

This is such a hard question! My favorite characters are the core ones—Lou, Reid, Coco, Ansel, and even Beau—but if I must choose just one, it has to be Lou. She’s fierce and independent, crass and irreverent, while simultaneously unafraid of vulnerability and intimacy. She also has the humor of a fourteen-year-old boy. What’s not to love?

The novel definitely came first with this one. Its working title in my computer was La Dame Blanche, which sort of just became the title because I couldn’t think of a better one. After selling it to HarperTeen, my editor approached me about changing the title, and she, my agent, and I brainstormed for weeks on a new one. At the time, it felt like finding a new title might’ve been harder than writing the book itself! We kept coming back to Serpent & Dove, however, and the rest is history.

Everything? Can that be my answer? Seriously though, Sarah Kaufman and her team, as well as Katt Phatt, the artist, knocked this cover out of the park. Though the eye goes immediately to the brilliant gold serpent, there’s so much detail around it—the roses, the Balisardas, and of course, the dove. If you look closely, you’ll even see a clever little cross in the letter “T” of serpent. I’m obsessed with the whole thing.

So many—Kingdom of Souls by Rena Barron, There Will Come A Darkness by Katy Rose Pool, The Girl the Sea Gave Back by Adrienne Young, and Dear Haiti, Love Alaine by Maika Moulite and Maritza Moulite, just to name a few. Coincidentally, all of these gorgeous titles hit shelves on September 3rd! House of Salt and Sorrows by Erin A. Craig was also a gorgeous, haunting read, as was The Beautiful by Renée Ahdieh. I’m salivating over Sorcery of Thorns by Margaret Robinson but haven’t yet had the time to read it. And, of course, I’m dying to read Ninth House by Leigh Bardugo.

At the moment, I’m still working on the sequel for Serpent & Dove! Though it’s a planned duology, I have material for a third, so hopefully this world and these characters will keep me busy for a few years! Otherwise, I have a couple other vague ideas floating around in the back of my mind that I’d love to explore.

In general, fight scenes are the hardest for me to write because of all the choreography involved. Specifically, however—and without being too spoilery—there’s a scene with Lou and Reid toward the end of Serpent & Dove with heavy emotional implications. The scene is told from Lou’s perspective, and Reid says some very cruel things to her. Sifting through her emotions afterward wasn’t particularly fun, but it was necessary.

In Serpent & Dove, Reid was hardest for me to write. Lou’s voice came so naturally, but his…it was like pulling teeth. I don’t know if it was because of his stark worldview or his lack of humor or what, but he and I so didn’t get along in the beginning. Thankfully we worked it out, and his chapters became some of my favorite chapters in the entire book.

That depends on which I’m doing at the time! The grass always looks greener on the other side. When I’m drafting, I wish I were revising. When I’m revising, I wish I were drafting. Each has its own appeal, and each has its own frustrations. There’s nothing quite like the exhilaration of putting new words to paper, of creating something completely new, but my first drafts always need a lot of work. Fitting the puzzle pieces together during revisions can be equally satisfying—though I often think revising is a lot like putting together a puzzle upside down.

I can unhinge my jaw and consume inhuman amounts of fettuccini alfredo.