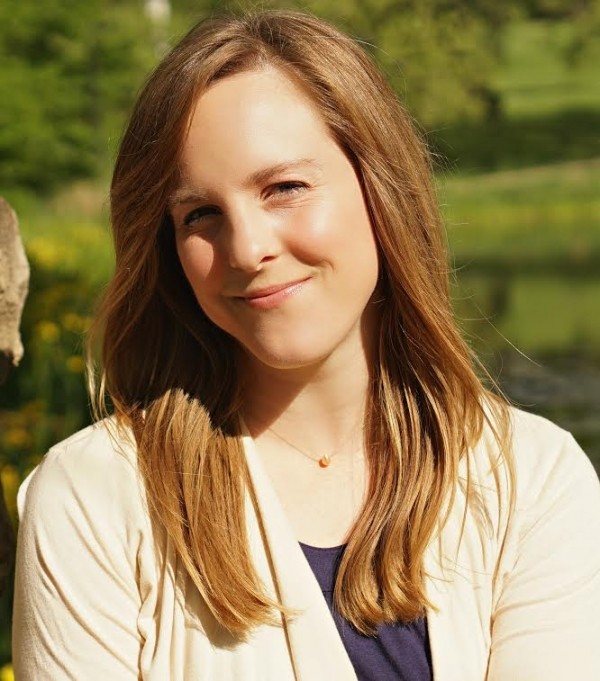 SARAH HENNING is a recovering journalist who has worked for Palm Beach Post, Kansas City Star, and Associated Press, among others. Her novels include Sea Witch and Throw Like a Girl. When not writing, she runs ultramarathons, hits the playground with her two kids and hangs out with her husband Justin, who doubles as her long-suffering IT department.

Meet The Princess Will Save You! 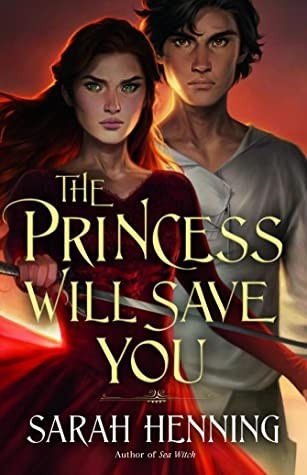 A PRINCESS
A STABLE BOY
A QUEST

When her father dies, Princess Amarande is given an ultimatum: Marry the leader of one of the four neighboring kingdoms, or lose her crown—and possibly her life. And to force her hand, her beloved, the stable boy Luca, is kidnapped.

But Amarande was raised to be a warrior, not a sacrifice.

And nothing will stop her from saving her true love and rescuing her kingdom.

The acclaimed author of Sea Witch turns the classic damsel-in-distress tale on its head with this story of adventure, identity, and love.

I think they actually came at the same time. The Princess Will Save You is the story of Princess Amarande of Ardenia, whose commoner true love, a stable boy named Luca, is kidnapped in a bid to push her into a political marriage. But rather than play the game, she changes it—setting out to rescue Luca, and possibly her kingdom’s future in the process. I knew I wanted not only for Amarande’s resolve to be questioned by the kidnappers but also for Luca to know she would come for him and insist upon it. Of course, one of the kidnappers scoffs at Luca’s insistence and throws it back in his face, saying, “The princess will save you? Yes, yes, that’s right. That’s how all the storybooks go.” So, that had to be the title.

This book is very obviously and proudly inspired by The Princess Bride, which I love to death. It’s not a retelling, but it definitely takes the things I love about story and highlights them with a gender-bent twist. It also addresses the one piece of the story that I’m not crazy about: the scene after Buttercup’s sham of a wedding to Humperdinck. Buttercup has given up on everything. Somehow she has managed to secure not only a dagger but also a private room, and decides that she must end it—a future with the traitorous Humperdinck is far too bleak without the hope of ever seeing Westley again. The Buttercup we met at the beginning of this story, or even in the middle of it, would’ve taken that dagger and paid revenge. As fierce as she was, she would have done whatever she could have to reclaim her life and her love. And yet she didn’t. I wanted to address the discomfort I had with her inaction—and that of other damsel-type characters—in my own way.

This is so hard to answer without giving things away! I’ll have to say that the last third went exactly as I wanted in pretty much every way. Sorry/not sorry.

Again, I don’t want to give away too much but I have my own take on the “Pit of Despair” scene from The Princess Bride and it was way more painful to write than I expected. When these characters live in your head for months and eventually years on end, it’s so hard to hurt them—and that was so very difficult in this case. I actually lucked out in that I was able to project my personal reaction onto another character as part of this dramatic event and that was therapeutic in a way. It added some relief!

Drafting. 100 percent. I know not every writer agrees with me but it most definitely is my favorite part. Living in my characters’ world, getting to know them, being surprised when they are, and getting that jolt out of turning around the perfect piece of dialogue, paragraph, scene. I live for that.

The only thing you can control is the story. Start there and everything else will follow. This is hard for me because I’d like to control more than that but it’s impossible to move every piece, no matter how hard you try.

I have been so very lucky with all my covers. With my fantasies, I’ve had beautiful illustrated covers with the most fierce-looking girls in the world. Seriously. Sea Witch and Sea Witch Rising were amazing covers by Anna Dittmann, and then The Princess Will Save You has the very identifiable signature of Charlie Bowater. Charlie’s art perfectly captured Amarande’s and Luca’s determination, fierceness, and love, while bringing in the unforgiving nature of the land that’s home to their quest.

The sequel to The Princess Will Save You comes out in summer 2021 and I am so excited to share it with you!

The Princess Will Save You

I love the cover and this book is one of my most want-to-read-books of 2020.

0
I love the cover and this book is one of my most want-to-read-books of 2020.
Cancel Update Comment

Yes! I've been seeing this book and I'm totally wanting to read it. Absolutely gorgeous cover.

The cover is very powerful. This is a story of strength and determination.

0
The cover is very powerful. This is a story of strength and determination.
Cancel Update Comment
Previous     Next
1 2
How to resolve AdBlock issue?
X