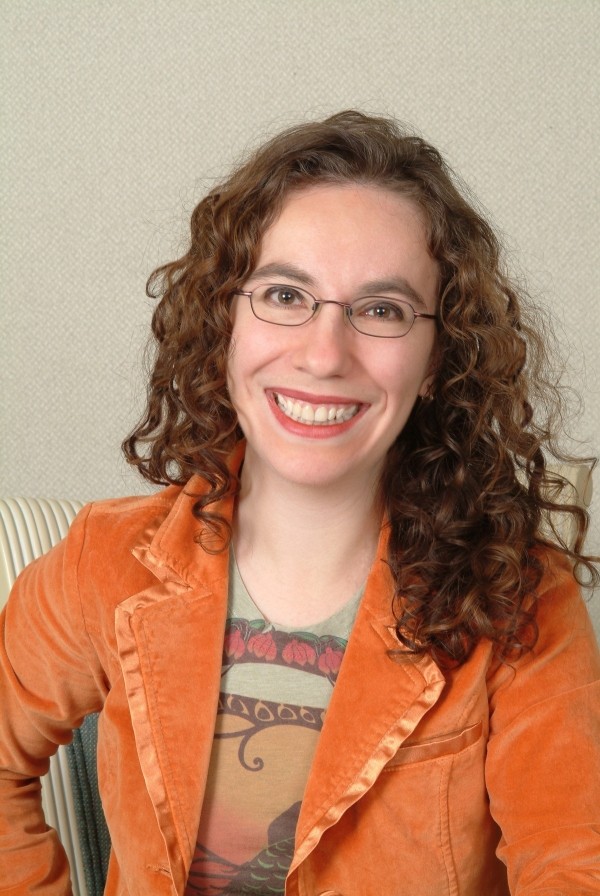 Naomi Novik is the acclaimed New York Times-bestselling author of the Nebula Award-winning novel Uprooted, Spinning Silver, and the nine-volume Temeraire series, as well as a founder of the Archive of Our Own. Her upcoming book A Deadly Education is the first of the Scholomance trilogy, and will be available September 2020. 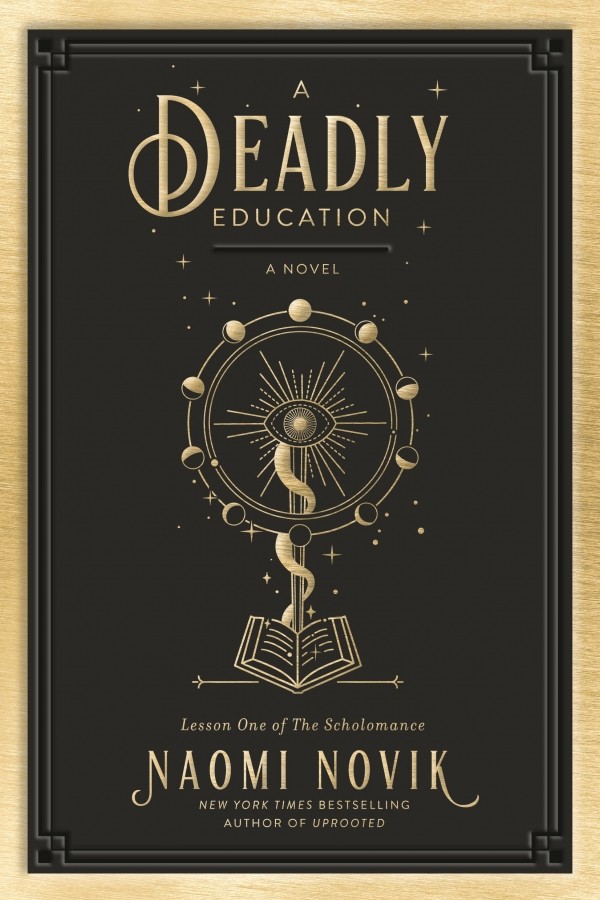 From the New York Times bestselling author of Uprooted and Spinning Silver comes the story of an unwilling dark sorceress who is destined to rewrite the rules of magic.
“The dark school of magic I’ve been waiting for.” Katherine Arden, author of Winternight Trilogy

I decided that Orion Lake needed to die after the second time he saved my life.
Everyone loves Orion Lake. Everyone else, that is. Far as I’m concerned, he can keep his flashy combat magic to himself. I’m not joining his pack of adoring fans.
I don’t need help surviving the Scholomance, even if they do. Forget the hordes of monsters and cursed artifacts, I’m probably the most dangerous thing in the place. Just give me a chance and I’ll level mountains and kill untold millions, make myself the dark queen of the world.
At least, that’s what the world expects me to do. Most of the other students in here would be delighted if Orion killed me like one more evil thing that’s crawled out of the drains. Sometimes I think they want me to turn into the evil witch they assume I am. The school itself certainly does.
But the Scholomance isn’t getting what it wants from me. And neither is Orion Lake. I may not be anyone’s idea of the shining hero, but I’m going to make it out of this place alive, and I’m not going to slaughter thousands to do it, either.
Although I’m giving serious consideration to just one.
With flawless mastery, Naomi Novik creates a heroine for the ages—a character so sharply realized and so richly nuanced that she will live on in hearts and minds for generations to come.

The legend of the Scholomance has intrigued me ever since I was ten years old. The idea of this truly horrible place where students of the magical arts are locked away in the dark for years, with no teachers or contact with the outside world….what drives someone to go there? How do they survive?

I also wanted to tackle questions of magical economy that aren’t addressed in other magical school stories. There are always questions I ask myself when I love a fantastic universe, and these were sparked in particular by my love of Harry Potter:

Why are there rich and poor wizards? Why is there an economy and class divides among wizards, when magic seems to be free?

The Scholomance trilogy came about from answering the question: what if magic wasn’t free? When you use it, what is the cost to the wizard, and how does that shape their world and society?

My favorite character is El.
Aadhya’s probably my second favorite - I really like Aadhya!

What scene in the book are you most proud of, and why?
The scene with the Maw-Mouth. I felt that it was true and visceral. It was a moment that felt really clear to me, and it’s fundamental to understanding El’s story - the importance of not looking away.

Which was the most difficult or emotional scene to narrate?
There’s a conversation that El has with Chloe, who is one of Orion’s enclave mates.
It was a complicated scene that didn’t land the first time. One of my Beta readers told me it wasn’t landing; I went back and reworked it heavily.

I can’t actually say anything about the scene, because it’s an important scene and I don’t want to spoil it!

Possibly Orion. Partly because El is not a reliable narrator in a lot of ways and doesn’t necessarily see Orion clearly, and I was writing from inside El’s head. So after writing what El saw and thought, I had to then figure out what was underneath that, what was really happening with him. In fact I also had to write a big chunk of book two to know what was going on with him.

The two are not separate for me. As I’m drafting, I’m always going back to the beginning and revising my way through to wherever I am currently drafting.  I keep looping through the book that way, so by the time I’m finishing the book, I’ve already done a large amount of the revising. Drafting and revising are essentially one activity for me.

Learning new things; it’s a very good superpower. I’m very good at learning things from watching Youtube videos, from reading manuals, from just mucking around with things. This week I’ve learned how to use the narrow hemming foot on a sewing machine in order to make curtains for a Halloween effect in a window that makes your house look like it’s on fire. (From Wicked Makers on Youtube.)

YABC:  Is there an organization or cause that is close to your heart?
I am one of the founders of the Organization for Transformative Works, and one of the people who helped build the Archive of Our Own (AO3). Even though I’m no longer involved on a day-to-day basis, I still treasure the Archive, and I’m incredibly proud of what the organization has accomplished for fan rights and fan creators.

I love the cover and the synopsis. I can't wait to read it.

0
I love the cover and the synopsis. I can't wait to read it.
Cancel Update Comment

The cover is eye-catching. The synopsis is very intriguing. Sounds like an awesome read.

0
The cover is eye-catching. The synopsis is very intriguing. Sounds like an awesome read.
Cancel Update Comment

Love the cover, it's beautiful. And the synopsis is really intriguing, the setting being a "dark school of magic" sounds like something I would enjoy.

0
Love the cover, it's beautiful. And the synopsis is really intriguing, the setting being a "dark school of magic" sounds like something I would enjoy.
Cancel Update Comment

I've heard so much about this book I cant wait to read it!

0
I've heard so much about this book I cant wait to read it!
Cancel Update Comment

Thanks for the chance!

The cover is gorgeous!

I love the cover, it's gorgeous. I'm so excited to read this, the synopsis sounds awesome. I can't wait to read this story with the magical school and it sounds like a great spooky read for Halloween time .

0
I love the cover, it's gorgeous. I'm so excited to read this, the synopsis sounds awesome. I can't wait to read this story with the magical school and it sounds like a great spooky read for Halloween time :).
Cancel Update Comment

I've been hearing so many good things about this book!

0
I've been hearing so many good things about this book!
Cancel Update Comment
Previous     Next
1 2
How to resolve AdBlock issue?
X