Author Of The Week: Chat with Marisa Kanter (As If On Cue), Plus Giveaway! ~ (US Only) 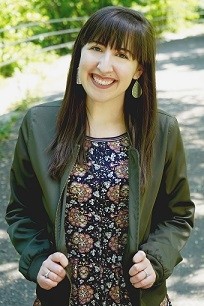 Marisa Kanter is a young adult author, amateur baker, and reality television enthusiast. She is the author of What I Like About You and As If On Cue. Born and raised in the suburbs of Boston, her obsession with books led her to New York City, where she worked in the publishing industry to help books find their perfect readers. She currently lives in Los Angeles, writing love stories by day and searching for the perfect slice of pizza by night. Follow her at MarisaKanter.com.

Meet As If One Cue! 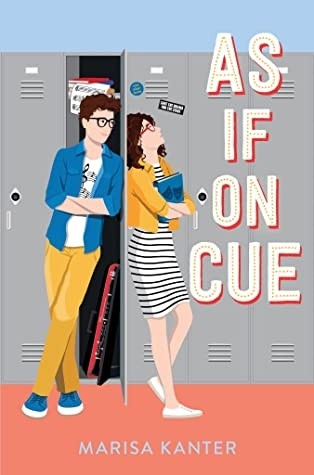 A pair of fierce foes are forced to work together to save the arts at their school in this swoony YA enemies-to-lovers romance that fans of Jenny Han and Morgan Matson are sure to adore.

Lifelong rivals Natalie and Reid have never been on the same team. So when their school’s art budget faces cutbacks, of course Natalie finds herself up against her nemesis once more. She’s fighting to direct the school’s first ever student-written play, but for her small production to get funding, the school’s award-winning band will have to lose it. Reid’s band. And he’s got no intention of letting the show go on.

But when their rivalry turns into an all-out prank war that goes too far, Natalie and Reid have to face the music, resulting in the worst compromise: writing and directing a musical. Together. At least if they deliver a sold-out show, the school board will reconsider next year’s band and theater budget. Everyone could win.

Except Natalie and Reid.

Because after spending their entire lives in competition, they have absolutely no idea how to be co-anything. And they certainly don’t know how to deal with the feelings that are inexplicably, weirdly, definitely developing between them…

There are so many moments that I love so much, but I will say that the bat mitzvah scene is one of my favorite chapters in the book! Throughout the book, we see glimpses of Natalie’s younger sister studying for her bat mitzvah—and it was important to me to get that event on the page. In this scene, we see the turn where Natalie is just starting to acknowledge her attraction to Reid but convinces herself it is only because he looks good in a suit. Haha! I don’t want to spoil too much, but I am so proud of how that scene came together. Also, AS IF ON CUE is the time I have confronted antisemitism on the page, and I’m super proud of the scene that addresses this—and how readers have responded to it.

Titles are so hard! For me, the story almost always comes first to the point where my first drafts are often named (Main Character’s Name) Book.docx. I did have a title fairly early on for this book, but it changed during the editorial process, and my editor is responsible for the fantastic title it has today! But it’s original title—One Play More—still has a presence (see Natalie’s locker on the cover!). I love that small detail.

I love my cast of chaotic thespians so much, it is so hard to choose a favorite. Of course, I have a soft spot for Natalie, after living in her head for the past few years! She is for all the girls who have ever been told they are “dramatic” or “too much” for simply expressing themselves. Natalie is incredibly loyal and ambitious and will do literally anything to save their show and the safe space she has in the drama club…  and makes some questionable decisions along the way. Writing her brand of chaos was such a joy.

AS IF ON CUE is actually inspired by a true story! After a series of circumstances left my high school’s drama club advisor-less during my junior year, my friends and I wrote and directed our own original one-act play. It was such a fun and unique experience that I always thought would be perfect to incorporate into a novel. That premise sat with me for a few years, while I was waiting for the right characters and story for it. Enemies-to-lovers is my favorite trope, so once the idea of a rivalry between a theater kid and a band kid came to me, I knew I’d found my story!

Their expressions! His clarinet! Her stickers! I am so obsessed with this cover designed by Krista Vossen, with art by Carolina Melis. I think everything about this cover captures Natalie and Reid’s dynamic at the beginning of the book so perfectly!

2021 has been such a great year for books! Some of my favorites have been: Last Chance Books by Kelsey Rodkey, I Think I Love You by Auriane Desombre, Kate in Waiting by Becky Albertalli, Some Girls Do by Jennifer Dugan, and Happily Ever Afters by Elise Bryant. In terms of new releases, I am dying to get my hands on a copy of The Lost Girls by Sonia Hartl—it sounds like the sapphic vampire novel of my dreams! I’m also highly anticipating One True Loves by Elise Bryant (2022) and I Guess I Live Here Now by Claire Ahn (2022).

Any scene between Natalie and her dad—their relationship is so fraught and I always just want to give Natalie a hug after I write a scene between them! All she wants is for her dad to understand her and spend time with her outside of music, but she’s sixteen and doesn’t know how to articulate that, so all of these complicated feelings fuel her rivalry with Reid, who has that relationship with her dad that she craves because of music. AS IF ON CUE is absolutely a romcom, but to me this father-daughter dynamic is the emotional core of the book.

Dialogue is definitely my craft superpower—I wish I could write an entire novel that is only dialogue! I watch a lot of television and my degree is in media studies, so I spent a lot of time studying television and reading scripts! Writing dialogue that moves the plot forward, but still feels natural is a skill that I absolutely picked up from TV. Plus, dialogue is where the banter is—and I could write that all day every day.

As If On Cue

The cover is cute and I like the premise.

The cover is so fun and this book will also be fun to read.