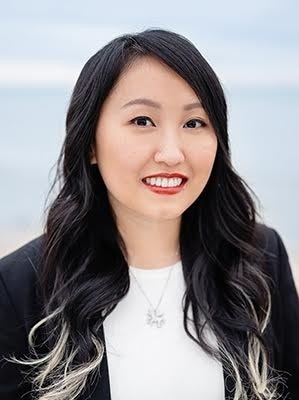 Lori M. Lee is the author of FOREST OF SOULS, first in the Shamanborn series, as well as GATES OF THREAD AND STONE and THE INFINITE. She’s also a contributor to the anthologies A THOUSAND BEGINNINGS AND ENDINGS and COLOR OUTSIDE THE LINES. She considers herself a unicorn aficionado, enjoys marathoning TV shows, and loves to write about magic, manipulation, and family. 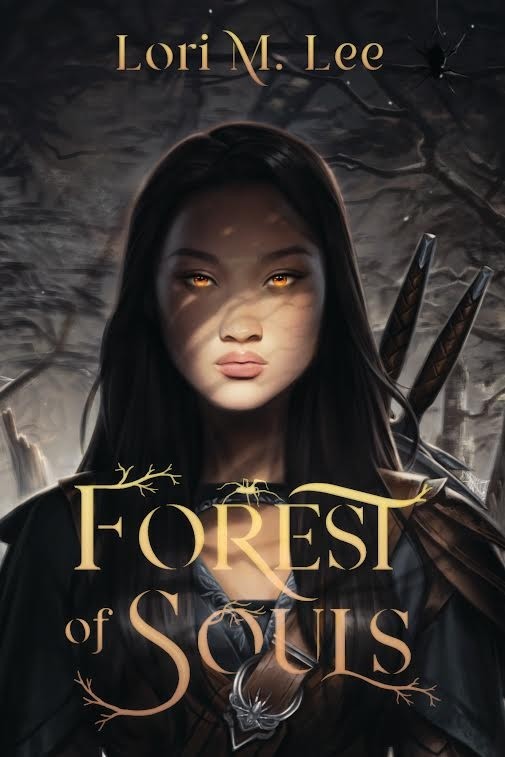 Danger lurks within the roots of Forest of Souls, an epic, unrelenting tale of destiny and sisterhood, perfect for fans of Naomi Novik and Susan Dennard.

Sirscha Ashwyn comes from nothing, but she’s intent on becoming something. After years of training to become the queen’s next royal spy, her plans are derailed when shamans attack and kill her best friend Saengo.

And then Sirscha, somehow, restores Saengo to life.

Unveiled as the first soulguide in living memory, Sirscha is summoned to the domain of the Spider King. For centuries, he has used his influence over the Dead Wood—an ancient forest possessed by souls—to enforce peace between the kingdoms. Now, with the trees growing wild and untamed, only a soulguide can restrain them. As war looms, Sirscha must master her newly awakened abilities before the trees shatter the brittle peace, or worse, claim Saengo, the friend she would die for.

YABC:    What gave you the inspiration to write this book?

High fantasy has always been where my heart is, so I knew I wanted to write something with the kind of scale and breadth that I love reading about. Beyond that, though, it's actually been so long since I wrote the first draft that I can't really remember what inspired it haha. I do know, however, that I wanted the book to be about the friendship between two girls. I kept reading books with friendships that fell apart for superficial reasons, and it drove me up a wall. I desperately wanted a book where the girls remained friends and actually fought to hold onto each other. Since I couldn't find it, I determined to write it myself.

While I love Sirscha and I relate to her the most, my favorite character might be Theyen. He’s so much fun to write, which provided for small moments of levity in some generally dark scenes.

Definitely the novel. I’m the actual worst at coming up with titles and names. I almost always leave them for last. Sometimes, I just use stand-in names for the entire first draft, because I can’t decide on a better one. Some people are so good at coming up with thought-provoking titles like "We Set The Dark on Fire" (amazing book btw) or “A Song Below Water”, but I don't have that talent AT ALL haha.

I’m pretty proud of the scene where Sirscha and Saengo enter the Dead Wood for the first time. I really enjoyed trying to elicit a sense of dread and a slow building fear or unease. I’m generally not great at writing horror, so it was a fun challenge!

This is such a great question. I think the most important thing I've learned, and in fact something I’m still learning, is to trust myself. I’m never quite sure how a story will go until I sit down to write it, no matter how much planning and outlining I’ve done. I’m always convinced it’ll be terrible or I won’t be able to do it or I’ll let someone down, and more often than not, that hasn’t been the case. I’m trying to be more confident in my abilities, and to stop being my own worst enemy or my own barrier to success, or at least to embracing my successes.

There is SO much to love about the cover, but I think my favorite part is the eerie glow of Sirscha's eyes through the shadows of trees over her face. It’s so atmospheric and unnerving while also being beautiful. It’s just the right blend of fantasy and creepy.

YABC:   What new release book are you looking most forward to in 2020?

This is such an impossible question! One of the books I’m most looking forward to is LEGENDBORN by Tracy Deonn. It’s a contemporary fantasy about the descendants of King Arthur’s knights, with a Black girl at its center, and I’m so excited to read it!

Again with the impossible questions! One of my favorites was THE WINTER OF THE WITCH by Katherine Arden. I’m obsessed with this series, because it has this atmospheric style to the storytelling that evokes a deep sense of history and setting. I love books that can really draw you into the world with that kind of rich and evocative writing.

The sequel to FOREST OF SOULS is set for release next year! I’m so excited to share more details about it when the time comes, but until then, I hope readers are as eager as I am to get these books out into the world!

Her eyes on that cover are amazing!

0
Her eyes on that cover are amazing!
Cancel Update Comment

This book sounds so good!

This book sounds so exciting and the cover is stunning!!

0
This book sounds so exciting and the cover is stunning!!
Cancel Update Comment

This has been on my "Wait list" for awhile. Can't wait to read it and the the cover it amazing!

0
This has been on my "Wait list" for awhile. Can't wait to read it and the the cover it amazing!
Cancel Update Comment

This one has been on my list since April. Can't wait! The cover is stunning.

0
This one has been on my list since April. Can't wait! The cover is stunning.
Cancel Update Comment

This has been on my TBR for a while! I can’t wait to read it!

0
This has been on my TBR for a while! I can’t wait to read it!
Cancel Update Comment

This is a gorgeous cover and I'm very excited for it!

0
This is a gorgeous cover and I'm very excited for it!
Cancel Update Comment

can't wait to switch positions for this in my goodreads' shelf!

0
can't wait to switch positions for this in my goodreads' shelf!
Cancel Update Comment