Author Of The Week: Chat with Lexa Hillyer (Winter Glass), Plus Giveaway!! 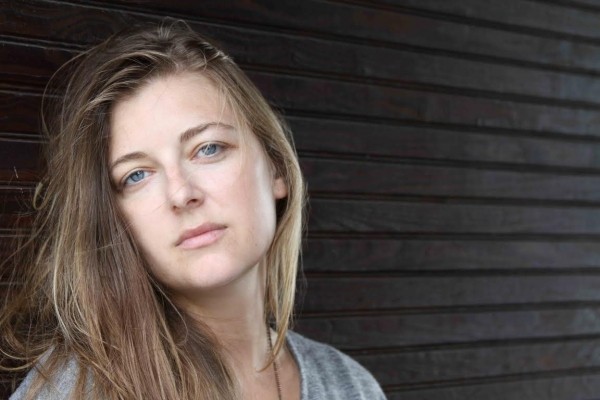 Lexa Hillyer is the cofounder of Glasstown Entertainment, a former YA editor, and the author of Proof of Forever, Spindle Fire, and Winter Glass. Lexa is also an award-winning poet: Her first collection, Acquainted with the Cold, won the Melissa Lanitis Gregory Poetry Prize as well as the Foreword IndieFab Book of the Year Award. Her poetry has been anthologized in Best New Poets 2012 and has appeared in several journals. She lives in Brooklyn with her husband, their daughter, and a skinny orange tree. www.lexahillyer.com 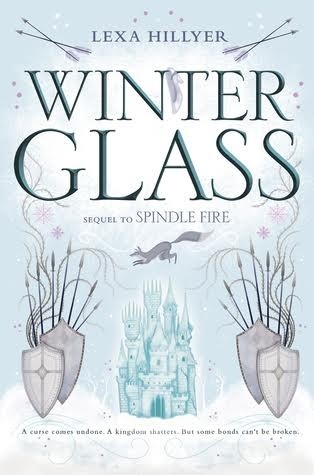 Fans of Kendare Blake and Marissa Meyer will rejoice as Lexa Hillyer returns to a lush fantasy world in deep peril, concluding the dark and stunning fairy tale reinvention that began with Spindle Fire.

Aurora, torn from the dream world and Heath, plots to assassinate the faerie queen Malfleur, only to confront temptations she never expected. Isabelle, meanwhile, opens her heart to Prince William as they attempt to unite their kingdoms and wage a winning war against Malfleur’s army of Vultures.

But when the appearance of an unbreakable glass slipper prompts Isabelle to discover more about her lineage, her true identity begins to take shape and her legacy becomes as clear as ice. Devoted half sisters Isabelle and Aurora will grapple with their understanding of love and loyalty as they face a threat even greater than that of the evil queen—the threat of losing each other forever.

WINTER GLASS is the sequel to SPINDLE FIRE and I pretty much always knew this story was going to have to be told in two books, but that said, I wasn’t sure at all how it was going to play out, and a lot of ideas for book two came to me while writing the first one. As the slipper on the cover hints, this book was inspired (loosely!) by Cinderella! It seemed a natural fit as I got deeper into SPINDLE FIRE, which was inspired by Sleeping Beauty, and realized that Isbe, Aurora’s sister, already felt like a Cinderella—the mistreated half-sister who longs for a prince she can’t have. However, much like with SPINDLE FIRE, I wanted to subvert expectations. I wasn’t interested in a simple love story and I wanted the slipper to be more than just a symbol of the dainty woman who has enchanted the prince. I wanted it instead to be a symbol of Isbe’s own power and legacy. In fact, the shoe doesn’t even fit her –it’s too petite—and we find out why in the end.

This is tough! I think a lot of readers fell for Isbe in book one –she’s the one who is righteous and brave while Aurora is a bit harder to root for because she’s so sheltered and ironically – given their positions in the eyes of the Kingdom –Aurora is the disempowered one, buried in a kind of false death, a kind of static denial, refusing to see how she’s been a pawn, instead desperate to believe the fairytale version of her own life over the truth. The truth does get shattered in the first book but it’s not until book two that she begins to grow and change in really exciting ways. So, Isbe probably started as my favorite but Aurora’s journey in book two is pretty major, and I’m hoping it will earn her more fans. I know I fell more in love with Aurora in book two –I’m so interested to hear how readers react to it and I hope they are ready to see how much stronger, savvier and more complex she becomes!

Beyond the two main characters, though, my favorite is actually Malfleur. There’s a flashback in WINTER GLASS that made me connect with her even more. Even though she’s messed up and evil, I like the way she chooses independence over love, which is obviously something all the characters juggle in this book. I really always felt the mission of this duology was to split open the idea of True Love, not because I don’t believe in it but because I don’t think it should be a simple thing, or an ending in its own right.

I thought of the title about halfway through writing the first draft. It speaks to the specialness of the glass slipper in the book. I even wrote a poem all about the material of winter glass itself but it was too much of a spoiler to include!

As mentioned, I love one of the Malfleur flashbacks quite a bit but I think I’m most proud of the Aurora scenes where she –without spoilers—grows some balls, so to speak. The really active, action-packed scenes are the hardest for me so I’m proud that I got through them (and that Aurora did, too!)

Another scene I love is the very last one. It all came together for me, emotionally, in that moment.

Sometimes the only way the heart of your story can find you is through you trudging forward blindly, feeling frustrated. The other thing I’ve learned is that there will always be more to learn. Instead of getting intimidated, I try to remind myself to be grateful that there will always be striving, always some incorporeal ideal that’s way beyond what I’m capable of at the moment.

The fox! Because, foxes! I’m really into animals, which you might not guess from my books since they all meet such horrible ends.

Hazelwood! Oh and Beasts of Night!

This is hard! Maybe The Girl Who Drank The Moon. It’s beautiful, heartbreaking, lyrical, and WEIRD. A wonderful combo.

Another contemp—EEP!!! Like SPINDLE FIRE and WINTER GLASS it features fairytale influences and sisters and dark secrets.

I don’t know if it was the most difficult scene to write in the book but an emotional moment that surprised me was when Aurora realizes that her mother dressing her up like a doll was the closest she ever came as a child to feeling loved. How her mom died without ever telling her she loved her. It’s kind of a passing insight but it opened up the kind of person Aurora is, for me, and why she is so obsessed with her romances, her fantasies about what love should look like.

Oh they ALL gave me trouble, and lots of it. Except for Prince William! William was always easy.

Drafting! To me that’s where everything feels so fresh and exploratory. I love the constant feeling of discovery and the way the world takes shape as you move forward through it. (But ask me again when I’m stuck in the middle of a draft, completely lost, and I’ll probably tell you revising is my favorite!)

Overanalyzing everything and diving straight into an existential crisis over nothing.

Oh gosh I don’t know – there are a lot of causes that move me and occupy my thoughts (and donation/awareness efforts). I suppose in my writing the issues that emerge most significantly are female empowerment and queer representation. Literacy is high on the list, too– I believe words really can save lives. Also climate change. Also safer gun control. And well, the list goes on and on. I have a newsletter in which I often make suggestions of organizations and causes that I have donated to, so there’s a plug! If you want to join my community for more ideas of where to help, advice on writing, and updates on my books, sign up for the newsletter on my website!

THANK YOU SO MUCH FOR HAVING ME! These questions are fantastic! 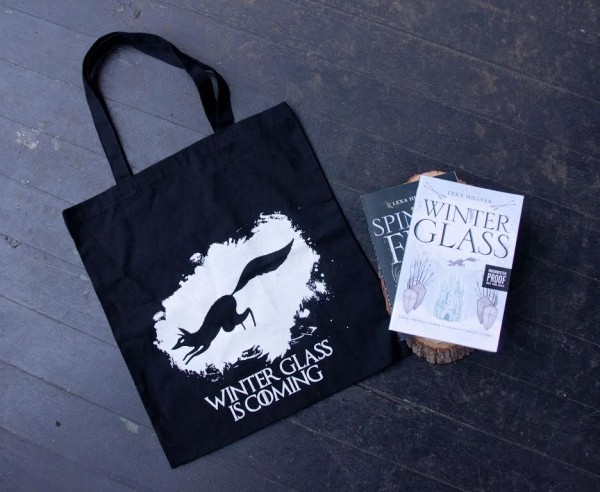