Author Of The Week: Chat with Kate Alice Marshall (I Am Still Alive), Plus Giveaway!! 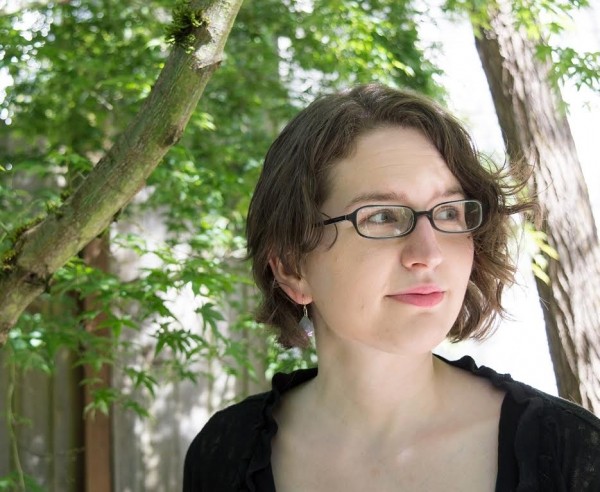 Kate Alice Marshall started writing before she could hold a pen properly, and never stopped. She lives in the Pacific Northwest with a chaotic menagerie of pets and family members, and ventures out in the summer to kayak and camp along the Puget Sound. Visit her online at katemarshallbooks.com and follow her on Twitter @kmarshallarts.

Meet I Am Still Alive! 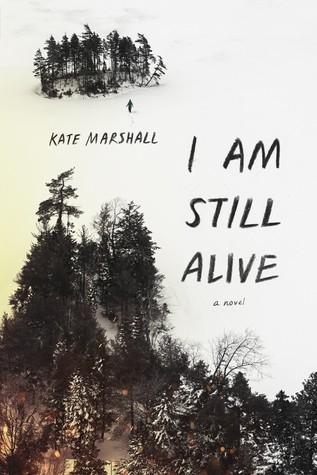 After
Jess is alone. Her cabin has burned to the ground. She knows if she doesn’t act fast, the cold will kill her before she has time to worry about food. But she is still alive—for now.

Before
Jess hadn’t seen her survivalist, off-the-grid dad in over a decade. But after a car crash killed her mother and left her injured, she was forced to move to his cabin in the remote Canadian wilderness. Just as Jess was beginning to get to know him, a secret from his past paid them a visit, leaving her father dead and Jess stranded.

After
With only her father’s dog for company, Jess must forage and hunt for food, build shelter, and keep herself warm. Some days it feels like the wild is out to destroy her, but she’s stronger than she ever imagined.

Jess will survive. She has to. She knows who killed her father… and she wants revenge.

I loved survival stories as a kid. I read Hatchet, My Side of the Mountain, and Julie of the Wolves until they fell apart. Part of me was always convinced that I would end up running away to live in the wilderness. I've always wanted to write a book that was like the ones I loved so much—but being me, I decided to add some murder.

The earliest seed of the idea that would grow into I Am Still Alive was the notion of a girl stranded in the wilderness by very bad men, knowing that her only way home was to steal the plane they came in. With that seed and my lifelong love of survival stories, the book quickly grew into the story it is now, one about survival and loss and revenge.

I have to say Bo, of course. He's Jess's dog—her father's dog, at first—and her only companion for much of the book. He keeps her alive and he becomes a reflection of the wild part of her, the part that belongs in the forest. He's based on a wolf-dog hybrid I once met—from afar, as he wasn't terribly tame.

As soon as I wrote the first page of the book, I suspected I had my title. It stayed "YA Survival Novel" until about a third of the way through, though, and even when we sent it out on submission I thought of it as a working title. I loved it—but titles are so hard for me that I couldn't believe I'd stumbled on it so easily and naturally. The first page? Impossible! At every stage I expected someone to tell me we needed a new title, and then all of a sudden it was there on that beautiful cover.

As an added bonus, it always makes me think of one of my favorite video games (points to you if you know what I mean).

Jess has a very complicated relationship with her father. She hasn't seen him since she was very young, and she's come to live with him under tragic circumstances—and worse, she's discovered rather than living in Alaska like he claimed, he's holed up in the middle of the wilderness. Anyone would be shocked by such a sudden change in lifestyle, I think, but for Jess it's especially difficult, since she is disabled due to injuries sustained in the crash that killed her mother. She's recovering physically, but she needs to be careful, and she has limitations that her father just doesn't understand. He loves her, but he doesn't know how to deal with her disability. To him, fresh air and exercise should get her back to 100% in no time.

There's a scene soon after she arrives at the cabin—a scene that was actually added quite late. In it, Jess and her father are still feeling each other out. He takes her into the woods, trying to show her how beautiful it is and how exciting her life can be in this place. But she hits the wall, physically and emotionally, and can't continue. The scene is relatively simple: they go into the woods; she has to stop; when he comes back to collect her she's moved and he can't find her. But in those few actions, everything about their relationship spills out. It's the scene that cracks the wall between them just enough for them to start to connect and understand each other.

Much of the book is about isolation and loss, but this scene is about connection, and it underpins much of what comes after.

The designer, Dana Li, did an incredible job with this cover. It captures the spirit of the book, evoking the winter, isolation, and the wilderness. It's hard to pick out just one element that I like above the rest. The hint of fire, the glimpse of the cabin, and the stark expanse of white set the tone perfectly, and the hand lettering on the title is perfect. I think my favorite detail is the faint footprints trailing behind the figure; they were a late addition that made it feel even more vivid and real.

There are so many books coming out in the next twelve months! I've given up on trying to keep up. I recently had the pleasure of going on the road with Natalie C. Parker and Katherine Arden. Natalie's Seafire is a fantastic, female-centric adventure of warships and post-apocalyptic tech, and Katherine, whose adult fantasy series that starts with theThe Bear and the Nightingale is already a favorite of mine, has a fun and spooky middle grade adventure, Small Spaces, coming out this fall, which I would have read to tatters when I was younger (and which I loved as an adult!). Books I haven't read yet but am excited to pick up include Caryn Lix's Sanctuary, Contagion by Erin Bowman, and The Loneliest Girl in the Universe by Lauren James (I might be in a bit of a science fiction mood!).

Blood Water Paint by Joy McCullough is a novel in verse about Artemisia Gentileschi, a 17th-century Baroque painter who produced incredible work at a time when painting was very much a male pursuit. Artemisia's young adulthood was marked by an assault, and by her absolute refusal to remain silent and allow her attacker to escape punishment. The book is beautiful and sorrowful and fierce, and it's exactly the book I needed in 2018.

I almost always prefer revising. Sometimes a project comes together in my mind so well that drafting turns into an exhilarating race, and drafting is a dream (the first half of I Am Still Alive was like this; I wrote it in four days). But usually, a book really comes together for me in the revision process, when I'm taking my raw materials and making them into a book. More specifically, though, my absolute favorite part of the writing process is the stage in between drafting and revising: analyzing a draft and solving the puzzle of how to take it from rough to final, and make every piece of it sing. Creating that roadmap is pure pleasure for me.

My greatest power is also my greatest weakness: I want to write everything. I've written dark fantasy and romance and video games and now a survival thriller. I want to write spooky stories and fantasy heists and magical epics. I've learned to adapt to all kinds of voices and genres, but there just isn't time to do everything!

I Am Still Alive