Author Of The Week: Chat with Emily Lloyd-Jones (The Bone Houses), Plus Giveaway! ~ (US Only) 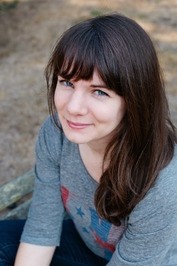 Emily Lloyd-Jones grew up on a vineyard in rural Oregon, where she played in evergreen forests and learned to fear sheep. She has a BA in English from Western Oregon University and a MA in publishing from Rosemont College. Her novels include Illusive, Deceptive, The Hearts We Sold, and the forthcoming The Bone Houses. 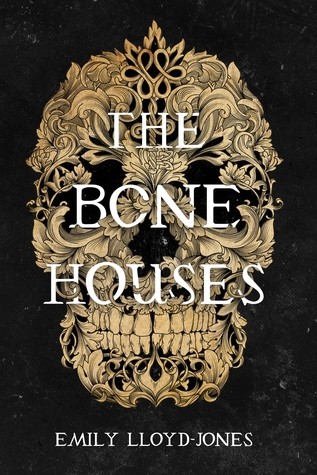 Seventeen-year-old Aderyn ("Ryn") only cares about two things: her family, and her family's graveyard. And right now, both are in dire straits. Since the death of their parents, Ryn and her siblings have been scraping together a meager existence as gravediggers in the remote village of Colbren, which sits at the foot of a harsh and deadly mountain range that was once home to the fae. The problem with being a gravedigger in Colbren, though, is that the dead don't always stay dead.

The risen corpses are known as "bone houses," and legend says that they're the result of a decades-old curse. When Ellis, an apprentice mapmaker with a mysterious past, arrives in town, the bone houses attack with new ferocity. What is it that draws them near? And more importantly, how can they be stopped for good?

Together, Ellis and Ryn embark on a journey that will take them deep into the heart of the mountains, where they will have to face both the curse and the long-hidden truths about themselves.

I read an article that hypothesized people in medieval times dismembered the dead to prevent them from rising again. Immediately my brain jumped on the idea of medieval zombies—because that’s what my brain does. I also found out very soon after that my last living grandparent was in hospice, and somehow the ideas of grief and familial loss merged with the zombie concept. After all, it’s easy to dismiss the dead if they’re strangers… but what if they were people you knew? What if they were people you loved? And I’ve always had an interest in Welsh mythology, so I decided to set the story in Wales.

The undead goat. Yes, there is an undead goat. She is adorable, stubborn, and tries to eat everything in sight. She also provides some of the funniest moments in the book, so writing her was an absolute joy.

They happened around nearly the same time. As I was outlining the book, I researched old English slang and stumbled across “bone house,” which was an antiquated term for a corpse. I absolutely loved the idea and decided that’s what my medieval zombies would be called. And the title stuck!

I really, really love the meet-cute between Ellis and Ryn—the two main characters. Without spoiling too much, it involves Ryn casually dismembering a corpse while Ellis looks on in horror. I cackled aloud as I wrote it because it so clearly illustrates both of these characters’ personalities and how they clash. I loved writing their journey—both physical and emotional—from that beginning until they get to a point where they really trust one another.

Can I say everything? Because I love everything about that cover. I adore all of the intricate little details and flourishes, the flowers and the leaves, and how they form into that gorgeous skull. I remember gasping aloud when I saw the initial sketch. And what’s more is that some of those elements that make up the skull are used in the interior layout of the book. So the entire thing is just really lovely.

There are so many! I cannot pick just one. Tarnished Are the Stars by Rosiee Thor is a genre-bending book that plays with both science and fantasy. And I’m very excited for The Stars We Steal by Alexa Donne, which is a sci-fi retelling of Persuasion!

I’m currently in the midst of promoting both The Bone Houses and His Hideous Heart—an anthology of Edgar Allen Poe retellings that I was lucky enough to be included in. But once the dust settles, I would like to dig back into writing again. I never say too much about my secret projects, but let’s just say that I do love writing about creepy forests and monsters.

I once cooed at a lone pigeon and somehow managed to summon an entire flock of them. So if villainous breadcrumbs threaten the world, I can bring help. (I might have to find a better superhero name than Bird Woman, though.)

This book has been in my radar for a while! I love this cover

0
This book has been in my radar for a while! I love this cover
Cancel Update Comment
How to resolve AdBlock issue?
X