Author Of The Week: Chat with Elayne Audrey Becker (Forestborn), Plus Giveaway! ~ (US Only) 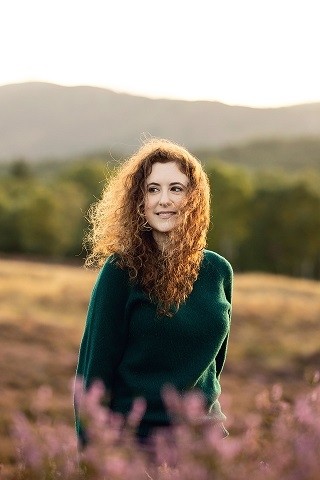 ELAYNE AUDREY BECKER (she/her) is a storyteller with a passion
for history, myth, mountains, and magic. She holds a B.A. from Vassar
College and a master of science from the University of Aberdeen, and
she has worked as an editor at a New York publisher. Born and raised
in Georgia, she grew up with a lake and woods as her backyard,
spending long days outside and visiting national parks with her
family. Forestborn is her first book. 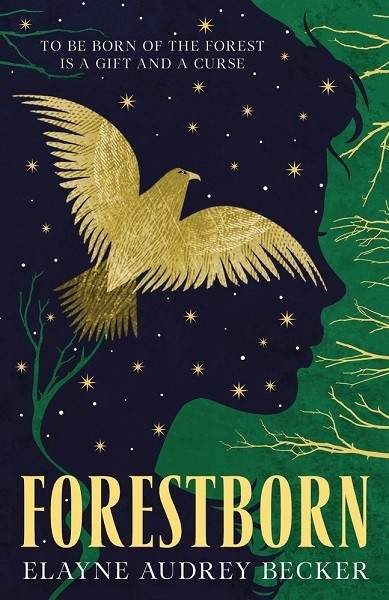 A young, orphaned shapeshifter in a world that fears magic must risk everything if she hopes to save her only friend in Elayne Audrey Becker's Forestborn, first in a new fantasy series with a timeless feel.

TO BE BORN OF THE FOREST IS A GIFT AND A CURSE.

Rora is a shifter, as magical as all those born in the wilderness—and as feared. She uses her abilities to spy for the king, traveling under different guises and listening for signs of trouble.

When a magical illness surfaces across the kingdom, Rora uncovers a devastating truth: Finley, the young prince and her best friend, has caught it, too. His only hope is stardust, the rarest of magical elements, found deep in the wilderness where Rora grew up—and to which she swore never to return.

But for her only friend, Rora will face her past and brave the dark, magical wood, journeying with her brother and the obstinate, older prince who insists on coming. Together, they must survive sentient forests and creatures unknown, battling an ever-changing landscape while escaping human pursuers who want them dead. With illness gripping the kingdom and war on the horizon, Finley’s is not the only life that hangs in the balance.

With Forestborn, my aim was to explore what happens when emotional damage becomes bound up in a person’s identity—not the moment of trauma, but what comes after. I also aimed to create a world in which the terrain and wildlife are very much at the forefront of the story rather than murky background details. In real life, the natural world often comes second to human interests, and I wanted to challenge that idea by making the land and wildlife function almost as characters themselves. Finally, as I’ve always loved adventure tales and survival sagas, I knew I wanted to weave these threads into my own adventure tale while adding one feature I wish I’d seen more often growing up: a young woman at the helm.

Always the novel for me. Forestborn had a different working title for years—five words instead of one—but after a few rounds of revisions, my agent recommended we change it before submitting the manuscript to editors. That was definitely the right call—the title we landed on is much stronger and more evocative than the one I had before.

I have two answers to this question, but I don’t think I can give the first without spoiling a major plot twist! So I’ll give you the second in vague terms, which is a prolonged sequence that takes place on a riverbank. That scene shifts the dynamic between three of the main characters in very important ways, and it provides a critical turning point in the protagonist’s emotional arc. The imagery and choreography were clear in my mind from the onset, but I spent a long time picking through that dialogue and Rora’s internal narration, trying to make sure every line hit the way I wanted it to. Ultimately, I’m very proud of the way that scene came together, and it’s one of my favorites to revisit.

Learning to accept and value critical feedback. I truly can’t overstate the importance of this. I think when I was younger, critiques of my writing often felt like critiques of myself, particularly because writing can be such a personal endeavor. But it’s important to separate the two! As writers, we get so close to our own work that it’s impossible for us to identify all the strengths and weaknesses on the page. Years later, I’ve come 180 degrees and now long to be edited. I love it!

My favorite book I read in 2020, though it published a few years prior, was Everyday Sexism by Laura Bates. It’s an amazing work of nonfiction that explores the discrimination, double-standards, and forms of abuse so many women experience, beginning at a young age and continuing into adulthood at the institutional level—office life, politics, media representations, etc. While the subject matter is quite heavy at times, the book is utterly fantastic. I’m convinced it should be recommended reading for everyone.

Forestborn is the first book in a duology, so I’m currently in the process of revising the sequel, Wildbound. Book two has been a big project—lots of plot threads and character arcs to wrap up—but I’m really excited with how the manuscript is coming along. I’ve loved returning to the Forestborn world and writing the rest of the characters’ journeys the way I’ve always envisioned them playing out.

Without giving too much away, Forestborn gets darker as the book progresses. To that end, there’s a particular scene in which Rora is confined to a small space and confronted with an awful display of cruelty. It was difficult to sit in that headspace for a long time, but it was also important that I do—both to make Rora’s POV read authentically, and to make her surroundings as vivid and tangible for the reader as possible. I felt to do otherwise would have been a disservice to the events playing out on the page.

I believe climate change is the most pressing crisis our planet is facing today. It boggles my mind that nations are not taking swifter action to try to change the trajectory before humanity’s damaging impact becomes irreversible. Those who read Forestborn will notice that nature is very much at the novel’s forefront; in a way, this reflects my wish that the natural world were more at the forefront of the global narrative in real life!

Author Chat with Hope Larson & Rebecca Mock (Salt Magic), Plus Giveaway! ~ (US Only)

Author Chat with Bethany Wicker (Soul Speaker), Plus Giveaway! ~ (US Only)

Author Chat with Michelle Coles (Black Was The Ink), Plus Giveaway! ~ (US Only)