Author Of The Week: Chat with Andrew Shvarts (City Of Bastards), Plus Giveaway!!

May 28 Posted by Beth Edwards, Blog Manager in News & Updates 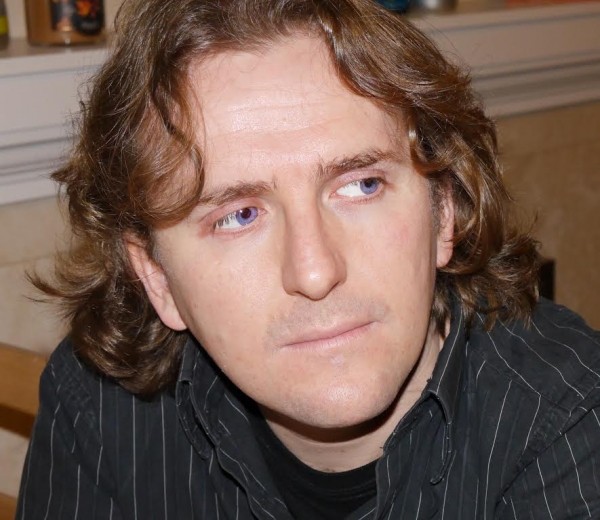 ANDREW SHVARTS is has a BA in English Literature and Russian from Vassar College. He works for Pixelberry Studios as a designer, making mobile games like High School Story, Choices, and more. Andrew lives in San Jose, California, with his wife, toddler, and two kittens. 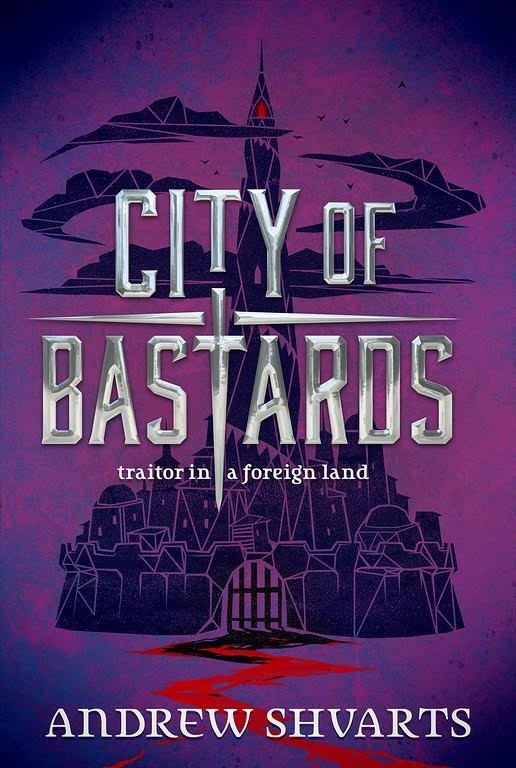 Tilla, bastard of House Kent, has it made. Safe from her murderous father in the dazzling capital of Lightspire, she lives a life of luxury under the protection of the Volaris King, alongside her boyfriend Zell and best friend, Princess Lyriana.

So why isn’t she happy? Maybe it’s the whispers and stares that follow her wherever she goes, as the daughter of the traitor waging war against Lightspire. Or maybe it’s the memories of her beloved brother, Jax, who lies cold in his grave even as she tries to settle into a life in the city's prestigious University.

Then, Tilla stumbles upon the body of a classmate, a friend. The authorities are quick to rule it a suicide and sweep it under the rug, but when Tilla herself is attacked by a mysterious man with terrifying powers, she’s convinced of a conspiracy. Her friends beg her to stay silent; what she's suggesting is impossible... and treasonous.

But Tilla can't, won't, let it go. And the deeper she digs, the more questions she uncovers. How is the West beating the supposedly invincible Lightspire Mages in battle? Is it connected to the shadowy cult wreaking havoc in Lightspire? Nothing is as it seems in the glorious capital, and Tilla’s presence might just be the spark that sets the Kingdom aflame.

One thing I really love is fantasy stories that are set entirely within a single city, whether it's The Lies of Locke Lamora or Dragon Age 2, so when I finished Royal Bastards with my characters arriving in the capital city of Lightspire, a city-based story felt like the next logical step in their stories. I actually made a whiteboard and wrote down all the elements I thought would be fun to include (Cults! Feuding families! Masquerades! Catacombs!) and I think I managed to squeeze in a good 90% of them.

I'll stick with new characters, and say I really loved writing Ellarion, the Princess's cousin. Born into tremendous power and privilege, not to mention the best Mage in the Kingdom, Ellarion is the opposite of a bastard, the most cocky, confident noble we've met. He's full of swagger and flirt, cool and unflappable, but underneath all that is a core of vulnerability and pain that comes out over the course of the book.

I also love Marlo, a kind-hearted gay revolutionary who champions the city's downtrodden and ends up playing a really pivotal role. He was one of those characters who started out minor but I just kept giving more and more scenes too because he's such a delight.

You know, as soon as I decided the story would be set in a city, the title was just right there. It definitely raises the bar for a great 'bastard' title for the third one!

As someone who sometimes struggles with world-building, I'm really proud of a few big expansive scenes in the book, like a trip to a Festival with performers from all around the Kingdom. I think this book really fleshes out the world with tangible interesting details on the history and culture of the many regions, and getting to dive into that was a blast.

There's also two action scenes that I'm really happy with: a brutal close-quarters brawl with a teleporting mage, and a final battle on the city steps that culminates in a truly bloody finale.

You know, as soon as I decided the story would be set in a city, the title was just right there. It definitely raises the bar for a great 'bastard' title for the third one!

I love how the artist rendered the skyline of Lightspire, especially the tower; it's beautiful and sinister all at the same time, just like the city itself!

I'm wrapping up the third book in the trilogy, which closes out the story of Tilla, Zell and Lyriana; it's huge and wild and emotional, and I'm just bracing myself to say goodbye to these kids.

Oooooh, how to answer this without spoilers! Let's just say some Very Bad Things happen in the book's climax, some things that I knew had to happen from the start but that I had a really hard time writing when it came down to it; I know my books tend to have pretty high body counts, but this was a new reach even for me.

I love Drafting; to me, it's far and way the easy and fun part. I'm one of those writers who just blitzes ahead without looking back, so drafting just means flying wild and writing whatever occurs to me, just focusing on fun scenes and great interactions and thrilling action. It's Revising where the work comes in, where I have to look at what I've written and spot the bajillion plot holes to fix.

I'm weirdly good at nicknaming people, like creating nicknames that stick, despite all logical indications that they shouldn't. At work one day, a coworker had a weird cup so I jokingly called him Goblet, and then the whole company called this guy Goblet for like a year.