Author Of The Week: Chat with Amy Rose Capetta/Cori McCarthy (Once & Future), Plus Giveaway! 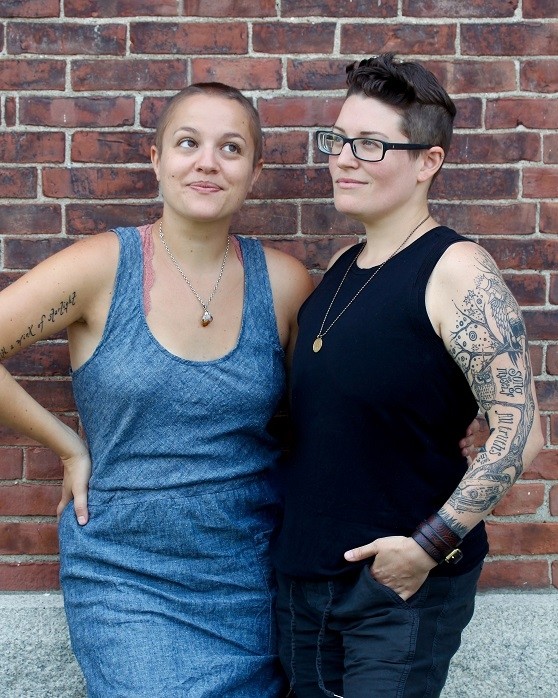 Cori McCarthy is the author of four young adult books, including BREAKING SKY, which received multiple starred reviews and is in development to become a film by Sony Pictures, and a forthcoming nonfiction picture book. Cori is an Irish-Lebanese American who, like many of their characters, is a member of the LGBTQ+ community. After earning a BA in Creative Writing from Ohio University, they completed UCLA's Professional Program in Screenwriting and earned an MFA in Writing for Children & Young Adults from Vermont College of Fine Arts. Cori lives in the mountains of Vermont with their partner and young son.

Amy Rose Capetta is the author of several YA novels, including punk rock ECHO AFTER ECHO (starred review), and THE BRILLIANT DEATH, which releases October 2018. Amy Rose holds a BA in Theater Arts from UC Santa Cruz and an MFA in Writing for Children and Young Adults from VCFA. With Cori McCarthy, she is the co-founder of the Rainbow Boxes initiative which sent LGBTQIAP fiction to readers in all 50 states, and the Rainbow Writers Workshop, which helps find and develop exciting new voices.  She lives in Vermont with her ONCE & FUTURE co-author and the champion of her heart, Cori. 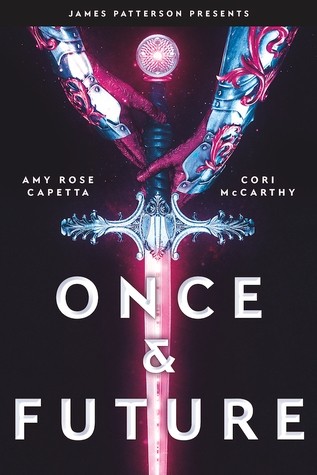 King Arthur as you've never imagined! This bold, sizzling YA retells the popular legend with the Once and Future King as a teenage girl -- and she has a universe to save.

Ari Helix has been chased her entire life. An fugitive refugee in territory controlled by the evil Mercer Corporation, Ari has always had to hide who she is. Until she crash lands on Old Earth, pulls a magic sword from its ancient resting place, and becomes the forty-second reincarnation of King Arthur.

The wizard Merlin awakes to find that having aged backward over the centuries, he is now-wretchedly-a teenager. Training the girl king may be Merlin's final chance to break the curse that keeps Arthur coming back - before Merlin himself blinks out of existence. He just needs Ari to embrace her destiny as the ruler who will unite a galaxy against a corrupt, tyrannical government and bring peace and equality to all humankind.

I love the Knights of the Rainbow so much that it would be too hard to pick one! But I want to mention how much fun it was to write Morgana. Getting to include a powerful enchantress from Arthurian legend in our space fantasy reboot was a fantasy writer’s dream. Setting her up as Merlin’s eternal nemesis put us in a place where we could write these great magical standoffs. But she isn’t a cardboard villain at all. We have a lot of love and understanding for Morgana. And her character surprised us the most as we wrote the story.

This book has been Once & Future since before it had its first chapter. The title was just too…perfect…to ever change. Yes, it brings to mind T.H. White’s masterpiece, but it’s also illustrates the two point of view characters, Ari and Merlin. Merlin is the past; he brings all his baggage of human history and corruption and disunity. Ari is the future; she is wild and true and unburdened by the happenings of Old Earth…until the story unfolds, and both characters realize that the past and the future are linked, for good and ill.

I learned that co-written books aren’t like writing half a book, workwise. They’re more like writing two books. I also learned that if you’re writing your book with your best friend and significant other, you’ll never get caught in doubt or story doldrums in the same way that you do when you’re writing alone. Yes, there’s still work to do, but there’s always someone to talk to about what comes next.

I love that the cover of this book isn’t simply a picture, but a 3D statue that was created by artist Bill Ellis. You’re definitely familiar with his work; he’s done everything from Leigh Bardugo’s King of Scars to Ibi Zoboi’s Pride. Look him up! His sculptures are gripping and gorgeous.

YABC:   What new release book are you looking most forward to in 2019?

It would be impossible to limit this to just one, because I’m looking forward to everything about this amazing explosion of LGBTQ genre fiction that’s happening right now. A few spring titles that stand out to me as I’m writing this are: Death Prefers Blondes by Caleb Roehrig, We Set the Dark on Fire by Tehlor Kay Mejia, and The Devouring Gray by Christine Lynn Herman, but there are so many more coming.

Cori: I can’t say much about it yet, but look out for news about something quite exciting, futuristic, and fun, with an ensemble cast in a middle grade series-sized package!

Amy Rose: I have a standalone YA coming out in May called The Lost Coast. It’s a contemporary fantasy about queer teen witches in the redwoods of Northern California, one of whom has magically gone missing from her body. Think twisty, atmospheric mystery with spells everywhere you turn.

Drafting Once & Future was pure joy. Cori and I got really immerse our brains in the story since we live together, and we were always making little deals: I’ll make dinner if you go write a chapter for me. That first draft built at an exponential speed because we were just piling chapters up twice as fast as we could write them alone. Also, we let ourselves write unlimited jokes and banter in the rough draft. That’s how it ended up overwritten by 30,000 words! Revising this book took a lot of story reconfiguring and many more drafts than we usually do on our own but being open to big changes was definitely worth it.

Cori: My super power is story structure. That sounds like a logical and not-so-enticing superpower, maybe, but I have found that there are deep emotions within the current of well-paced story, emotions that come through our ingrained sense of story structure. A three-act  formula for good, so to speak.

Amy Rose: My super power is metaphor. My brain is made of metaphors. It’s actually hard for me to think in a straight line.

We believe in queer writers telling stories that are enriched with personal experience, and so we cofounded the Rainbow Writers Weekend at the Writing Barn in Austin, TX. This weekend is an opportunity to uplift aspiring LGBTQ+ writers and help their stories reach publication. This weekend is an annual event and could not exist without scholarship donations from agents, publishers, and allies. For more information, jump on Cori’s website, corimccarthy.com