Author Of The Week: Chat with Adriana Mather (Killing November), Plus Giveaway! 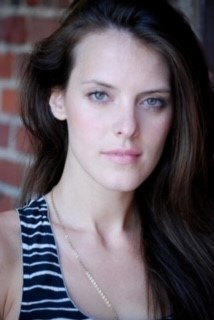 Adriana Mather is the New York Times bestselling author of How to Hang a Witch, with family roots that go back to Sleepy Hollow, the Salem Witch Trials, and the Titanic. She's also an actor and producer best known for her role in the award-winning Honeyglue. She co-owns Zombot Pictures, a production company that makes feature films. 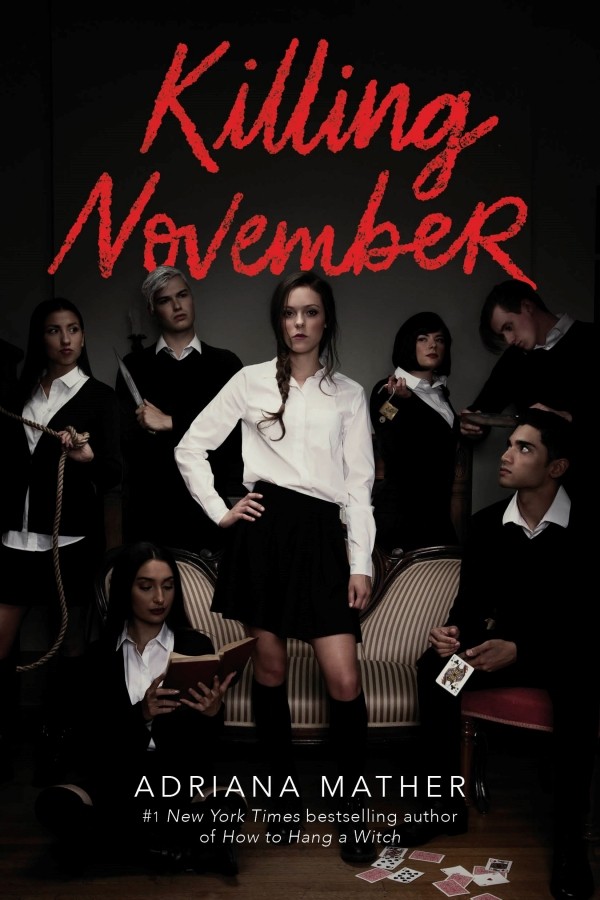 From the #1 New York Times bestselling author of How to Hang a Witch comes a thriller set at a secretive boarding school where students are trained to carry on family legacies that have built--and toppled--empires.

At the mysterious Academy Absconditi, a school that's completely off the grid, there's no electricity, no internet, and a brutal eye-for-an-eye punishment system. Classes include everything from knife-throwing and poisons to the art of deception. And the other students? All children of the world's most elite strategists, in training to become assassins, spies, and master manipulators. November Adley doesn't know why she's been sent to this place, or the secrets that make up its legacy, but she'll quickly discover that allies are few in a school where competition is everything. When another student is murdered, all eyes turn to November, who must figure out exactly how she fits in before she is found guilty of the crime...or becomes the killer's next victim.

or visit these sites below:

Oddly enough, I got the premise for KILLING NOVEMBER in a dream – a hidden Academy for kids whose families had manipulated important events in history for thousands of years. Only in my dream is was called Phantom High – for the kids who don’t exist. I’ve dreamt book ideas before, but I’ve never ever had a tagline and a title appear in one. Of course upon waking, I realized they sounded more like a school for ghosts than for secret society kids, but I was still blown away by the specificity and decided I had to write it.

Aarya! She’s so salty and sometimes she is the absolute worst. But she’s an expert with accents, a talented and deadly strategist, and definitely marches to the beat of her own drum. The characters that provide my MC with the most push back don’t necessarily tend to be my readers’ favorites but they are definitely the most fun to write.

The novel! The title didn’t get decided upon until it had gone through a revision. It was actually my brilliant editor Melanie Nolan who came up with it.

The scene I’m most proud of is one where November and three other students get locked in pitch black room and unless they figure out how to get out one of them is going to die. When I started writing the scene, I didn’t have a clue how I was going to get them out and that’s what made it so fun. I had to problem solve right along with my characters.

The most important thing I’ve learned is that you don’t have to be good at all the elements of writing to write a great story. There is always room for growth and for developing new skills and it’s freeing. It allows you to not be perfect and still feel proud of your work.

The sequel, which is SO much fun to write because it has more strategy, more deception, more fighting, and lots of poisons. It’s called HUNTING NOVEMBER.

There were so many difficult ones! All the scenes that involve deception detection took me forever. One of my main characters, Ash, is a genius at picking out lies through people’s body language. I, on the other hand, am NOT an expert and had to research and learn lie detection in order to write his scenes. And then there were the weapons – knives, swords, and arrows – that I knew nothing about. My characters are more skilled than I am and it made writing them super challenging.

This sounds fantastic! I loved How to Hang a Witch. Very much looking forward to seeing more from this author!

0
This sounds fantastic! I loved How to Hang a Witch. Very much looking forward to seeing more from this author!
Cancel Update Comment

I am so excited for another amazing novel by Adriana Mather! She’s the one author that gets me into historical fiction.

0
I am so excited for another amazing novel by Adriana Mather! She’s the one author that gets me into historical fiction.
Cancel Update Comment

This sounds Amazing! I really enjoyed how to hang a witch, and am looking forward to this one !

0
This sounds Amazing! I really enjoyed how to hang a witch, and am looking forward to this one !
Cancel Update Comment

The cover looks like a creepy story. Loved How to Hang a Witch, so want to read everything by this author now!

0
The cover looks like a creepy story. Loved How to Hang a Witch, so want to read everything by this author now!
Cancel Update Comment

That cover is dark and the story very intriguing.

0
That cover is dark and the story very intriguing.
Cancel Update Comment

The cover is eye-catching and dark. The synopsis makes me want to read more. Sounds like a thrilling mystery read.

0
The cover is eye-catching and dark. The synopsis makes me want to read more. Sounds like a thrilling mystery read.
Cancel Update Comment

The cover is dark and creepy. I love stories set in boarding schools especially when they are chilling.

0
The cover is dark and creepy. I love stories set in boarding schools especially when they are chilling.
Cancel Update Comment