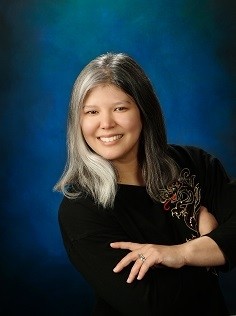 Julie Kagawa, the New York Times bestselling author of the Iron Fey, Blood of Eden, Talon, and Shadow of the Fox series was born in Sacramento, California. But nothing exciting really happened to her there. So, at the age of nine she and her family moved to Hawaii, which she soon discovered was inhabited by large carnivorous insects, colonies of house geckos, and frequent hurricanes. She spent much of her time in the ocean, when she wasn’t getting chased out of it by reef sharks, jellyfish, and the odd eel.

When not swimming for her life, Julie immersed herself in books, often to the chagrin of her schoolteachers, who would find she hid novels behind her Math textbooks during class. Her love of reading led her to pen some very dark and gruesome stories, complete with colored illustrations, to shock her hapless teachers. The gory tales faded with time, but the passion for writing remained, long after she graduated and was supposed to get a real job.

To pay the rent, Julie worked in different bookstores over the years, but discovered the managers frowned upon her reading the books she was supposed to be shelving. So she turned to her other passion: training animals. She worked as a professional dogtrainer for several years, dodging Chihuahua bites and overly enthusiastic Labradors, until her first book sold and she stopped training to write full time.

Julie now lives in North Carolina with her husband, two obnoxious cats, and a pair of Australian Shepherds that have more Instagram followers than she does. 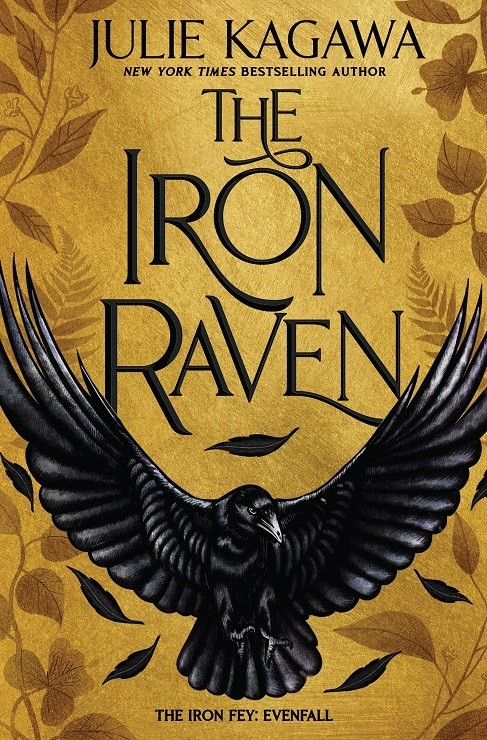 You may have heard of me...

Robin Goodfellow. Puck. Prankster, joker, raven, fool… King Oberon’s right-hand jester from A Midsummer Night’s Dream. The legends are many, but the truth will now be known as never before, as Puck finally tells his own story and faces a threat to the lands of Faery and the human world unlike any before.

With the Iron Queen Meghan Chase and her prince consort, Puck’s longtime rival Ash, and allies old and new by his side, Puck begins a fantastical and dangerous adventure not to be missed or forgotten.

After my Shadow of the Fox series ended, I knew I wanted to go back to the world of the Iron Fey, and my readers have been asking for a Puck book ever since the series came out. So, I decided that it was time for Puck to tell his own story.

My favorite character of the Iron Fey series has always been Ash, but in the Iron Raven I really love the newest character that joins the gang, a faerie assassin named Nyx.

The title came first, because I knew the book was going to be about Puck, so The Iron Raven just made sense.

The big, beautiful raven right up in your face, because that is totally Puck. :D

At the moment, I am in the middle of writing the second book in the series. And then it will be on to the third and final book.

I just want to say thank you so much all the readers and fans who have supported the Iron Fey series over the years. I wouldn’t have been able to write The Iron Raven if it weren’t for you.

There is a scene near the very end when Puck and co. are fighting the final Big Bad, where Puck had to come to terms with a part of himself that he’s pushed down for years. It was a hard realization for him, and a difficult scene to narrate because it was tricky to get right, but I think it turned out to be the most powerful moment of the book.

Well, since the story is in Puck’s POV, Puck gave me the most trouble.  Iron Raven was a bit of a challenge to write, because I had to find that balance between irreverence and seriousness.  I didn’t want him coming off as too obnoxious, but at the same time, Puck’s devil may care attitude and somewhat snarky sense of humor is what makes him who he is.

I enjoy drafting and creating the world and the story, though I do find it more challenging than revising what is already there.

The ability to play a video game for hours and hours without stopping.

I love this cover! Can't wait to marathon this series!

0
I love this cover! Can't wait to marathon this series!
Cancel Update Comment

I cannot wait to read this! Love the cover!

0
I cannot wait to read this! Love the cover!
Cancel Update Comment

The cover is awesome and the story sounds like a great read. Thank you for sharing.

0
The cover is awesome and the story sounds like a great read. Thank you for sharing.
Cancel Update Comment

This is awesome! Thanks for the opportunity!!!!! i AM I TOTAL FAN OF JULIE KAGAWA HAVE ALL HER BOOK IN MY SHELF!!!

0
This is awesome! Thanks for the opportunity!!!!! i AM I TOTAL FAN OF JULIE KAGAWA HAVE ALL HER BOOK IN MY SHELF!!!
Cancel Update Comment

The cover is beautiful. I love this author's work and can't wait to read this one too.

0
The cover is beautiful. I love this author's work and can't wait to read this one too.
Cancel Update Comment

The cover is gorgeous and powerful. I have always wanted to read these books. I love books about the fey.

0
The cover is gorgeous and powerful. I have always wanted to read these books. I love books about the fey.
Cancel Update Comment

Puck was my favorite character of the original series, and I always wanted more of him. I'm so excited that he gets his own trilogy!

0
Puck was my favorite character of the original series, and I always wanted more of him. I'm so excited that he gets his own trilogy!
Cancel Update Comment
How to resolve AdBlock issue?
X