Today we're excited to chat with Zoraida Cordova author of

Read on for more about Zoraida and her book, plus a giveaway! 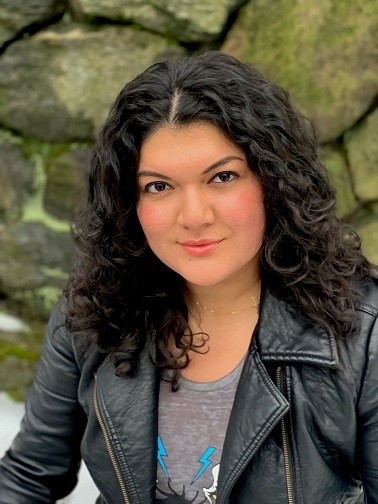 Zoraida Córdova is the author of the award-winning Brooklyn Brujas series and The Vicious Deep trilogy. Her short fiction has appeared in Star Wars: From a Certain Point of View, and Toil & Trouble: 15 Tales of Women and Witchcraft. She is the co-editor of Vampires Never Get Old, a YA anthology forthcoming from Imprint/Macmillan in fall 2020. Her latest YA novels include Star Wars: A Crash of Fate, and Incendiary, book one in the Hollow Crown duology (Disney/Hyperion 2020). Zoraida was born in Ecuador and raised in Queens, New York. When she isn’t working on her next novel, she’s planning her next adventure. Visit her at zoraidacordova.com [zoraidacordova.com]. 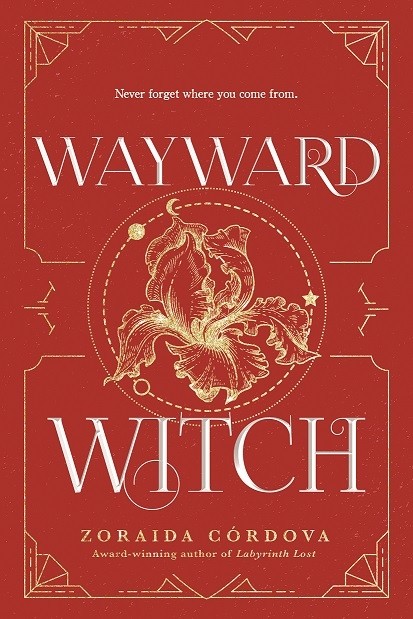 Rose Mortiz has always been a fixer, but lately she’s been feeling lost. She has brand-new powers she doesn’t understand, and her family is still trying to figure out how to function in the wake of her amnesiac father’s return home. Then, on the night of her Deathday party, Rose discovers her father’s memory loss has been a lie.

As she rushes to his side, the two are ambushed and pulled through a portal to the land of Adas, a fairy realm hidden in the Caribbean Sea. There, Rose is forced to work with a group of others to save Adas. Soon, she begins to discover the scope of her powers, the troubling truth about her father’s past, and the sacrifices he made to save her sisters.

But if Rose wants to return home so she can repair her broken family, she must figure out how to heal Adas first.

Rose Mortiz. She’s the protagonist and the youngest of the Brooklyn Brujas, aka the Mortiz sisters. She’s gone through a lot of changes since her middle sister came into her powers in Labyrinth Lost, and her oldest sister made the dead rise in Bruja Born. Now it’s her turn for adventure. She’s always longed to have her own story, and now that she’s been swept away to the magical faerie island of Adas, it’s her turn.

The novel came first. Wayward Witch had a different title. But as these things go, it’s a group process and not everyone connected with it. Because a lot of the novel is Rose feeling lost and diverging from her family, I thought “wayward” was a good way to describe her.

I don’t usually snack while I’m writing because I hate a dirty keyboard. But when it’s mealtime I love gummy bears, coffee, 60% milk chocolate, fruit and wine.

My writing career began in 2011 with the sale of my book The Vicious Deep, which was published in 2012. That series is now out of print and no longer available for sale. I think that when I first started I was very idealistic about the way the writing industry worked. But publishing is not a meritocracy. It’s 95% hard work and 5% luck. That sliver of luck matters so much. No one really knows how to make books work. Publishers don’t always know how to replicate the success of a book. This is why the most important lesson I’ve come away with after nearly a decade of being here is that you have to focus on your story and nothing else. If you chase the industry, if you look at what others have with envy, if you are never happy with your own success, then you’ll never truly appreciate the words you’re putting on that page. Work on your craft.

I love that in these new packaged covers for the Brooklyn Brujas series. Each one had such a beautiful symbol. The third book has an iris, which represents a character from the book as well as paradise. Another think I love about the symbols is that each book has the moons and stars in different placements showing the shifts each sister is undergoing.

So many books so little time! I have some anticipated books coming out in the latter half of 2020.

I have a few things in the works. My first high fantasy novel, Incendiary, came out in April. It’s a Spanish inspired fantasy about a memory thief trying to take down an evil empire. My debut middle grade came out in June. It’s a contemporary fairytale about a boy searching for his sister and it’s called The Way to Rio Luna.

The audiobook to Wayward Witch will be released on the same day as the hardcover and paperback, September 1st. It’s narrated by Almarie Guerra who also did a phenomenal job narrating Labyrinth Lost.

As for movies, Labyrinth Lost is still under option. I can’t say much yet, but I hope my brujas work some magic.

Such an awesome series! Can’t wait to read!

Love the cover, cant wait to read the book!

I love this cover!

Okay I need this book!

I love this cover and can't wait to read this book!

0
I love this cover and can't wait to read this book!
Cancel Update Comment

Added this to my Goodreads wishlist, sounds so good!

0
Added this to my Goodreads wishlist, sounds so good!
Cancel Update Comment

I love the cool cover. This whole serious sounds amazing.